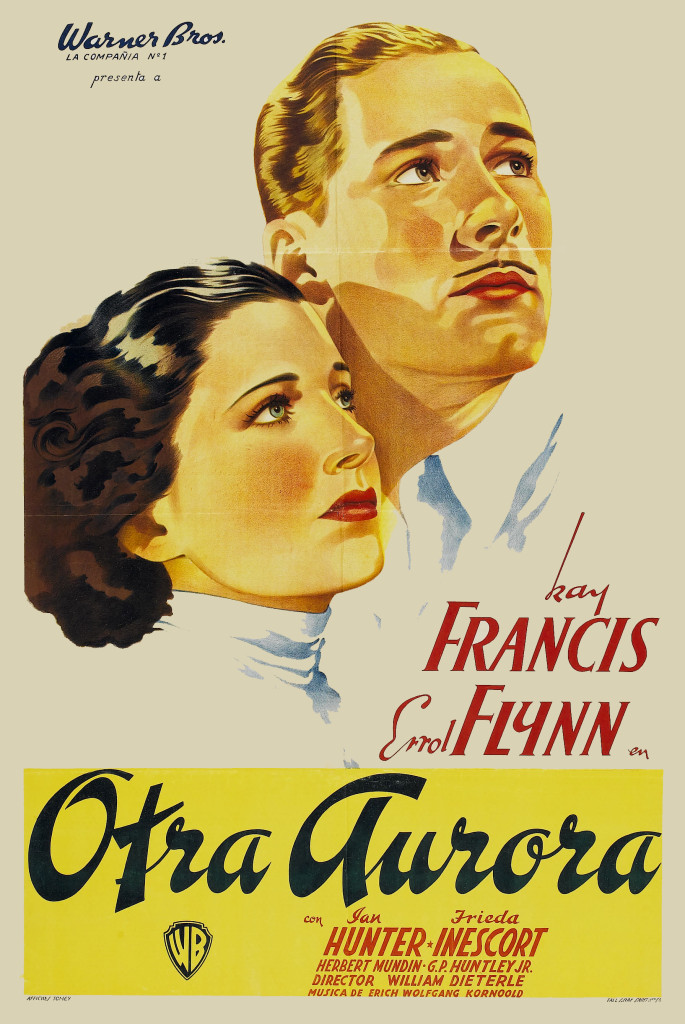 By the time Kay Francis began filming Another Dawn in the fall of 1936, she was exhausted. She was the most popular, profitable actress at Warner Bros., and the studio took full advantage, putting her in one film after another without break in between. Another Dawn had originally been intended as a Bette Davis vehicle in 1935, but Bette, angry with the sub-par projects she was being given after her successes in Of Human Bondage, Dangerous and The Petrified Forest, left for the U.K. in protest and sued to try to get out of her contract. While that played out, Another Dawn was briefly attached to Tallulah Bankhead, then given to Kay Francis.

Francis was paid $5,250 per week in 1936, and the budgets for her films were tremendous. This is obvious in Another Dawn, where Kay was paired with another big Warner star, Errol Flynn, fresh off his triumph in The Charge of the Light Brigade (1936). Brigade had achieved some terrific California-for-Arabia scenery shots, and the film proved massively popular, becoming the biggest money-maker of the year for WB. Thus Another Dawn was created in Brigade’s image, the Somerset Maugham story that was originally meant for Davis repurposed into a Colonialist, Arabian adventure designed to cash in on Errol’s fame.

The film featured similar set design as Brigade, too, though it also inherited the problems Brigade had suffered; reportedly, the imported palm trees were hazardous, falling near actors during scenes, and could only be shot for three minutes at a time before the stage lights would make them wilt. Two years later, Gunga Din would be shot in some of the same areas of California and Arizona where Another Dawn was filmed, and the outpost bears a striking similarity to buildings used in Gunga Din. 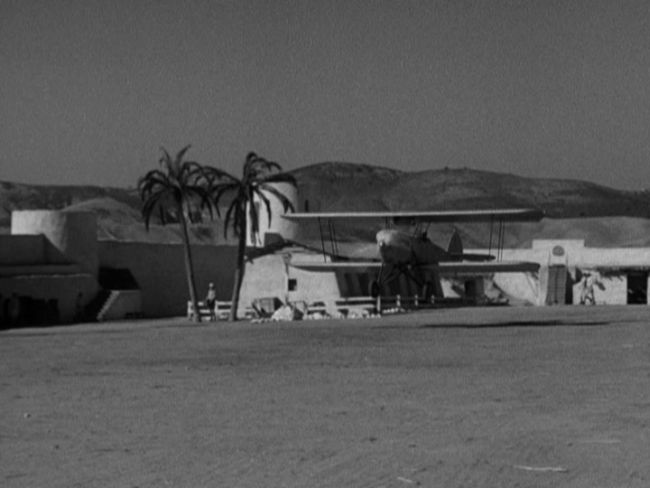 In Another Dawn, Flynn is hotshot pilot Denny Roark, stationed at a British outpost in Northern Africa near the fictional area of Dikit. Ian Hunter is the colonel of the outfit, John Wister, and Frieda Inescort makes an appearance as Denny’s sister Grace, a character with very little purpose other than to provide someone to bounce dialogue off of, and make you wonder if she has eyes on Col. Wister or not.

When Wister meets the beautiful Julia Ashton (Kay Francis) on a cruise to the U.K., he becomes smitten; when it turns out they run in the same social circles around London, he falls in love. She is charmed, but tells Wister that her fiance died not so long ago when his airplane disappeared, and she knows she can never love again. But Wister is willing to deal with those complications as long as Julia stays with him. He promises he can give Julia a life of some purpose and interest by marrying her and taking him back to Dikit. She agrees. 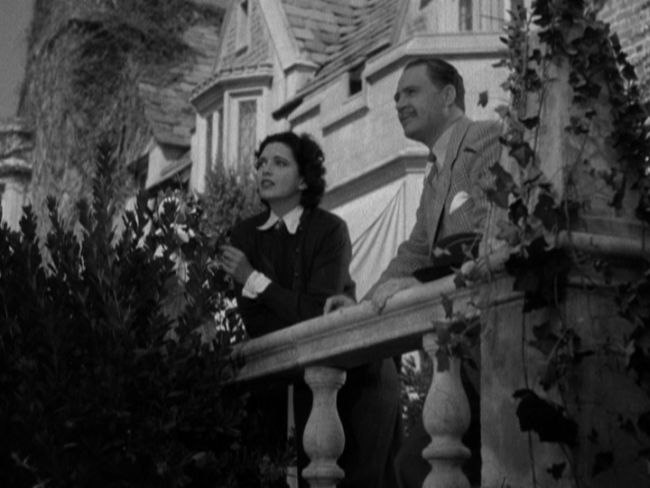 Within moments of her arrival in Dikit, Roark has become attracted to Julia, and within days, she is attracted to him in return. He reminds her of her long-lost fiance, and her husband, as much as she respects and admires him, doesn’t inspire her to love. Beyond this love triangle are some solid subplots involving the soldiers, including long-suffering orderly Wilkins (Herbert Mundin), and some really lovely outdoor party scenes on sets dressed in Arabian styles.

While Another Dawn is mostly another love triangle potboiler starring Kay Francis in a variety of gorgeous gowns, Kay does some outstanding acting work in this film. So exhausted from her rigorous filming schedule that she demanded — and got — a lengthy vacation in the middle of filming, it’s easy to tell what scenes were shot before her rest, and which ones were shot after. When she was low energy, she couldn’t manage the melodramatic monologues her characters were expected to deliver, but when at the top of her game, she showed incredible versatility. Most astonishing is her genuine rapport with both Hunter and Flynn, an amiable, believable attraction to both men for very different reasons. 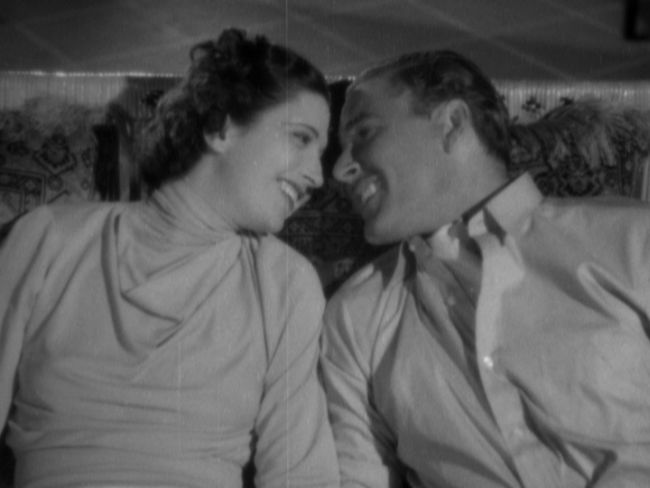 Plus, there are some exciting hints at the future of cinema to be found in this film. Visuals had evolved into an almost proto-noir aesthetic, and if one were to add some kind of mystery subplot to Another Dawn, it could easily be called a noir; remember, films noir were known as melodramas in the 1940s, and there is some strong overlap between your typical romantic melodrama and a crime melodrama that could be considered part of the noir cycle.

Most astonishingly, Kay’s performance presages that of many 1940s starlets. It’s impossible to see her pout and not imagine a young Ann Blythe or Betty Bacall in the audience, taking notes. There’s a distinct standoffish glamour about her one would see in Jennifer Jones years later, though more controlled. In her happier moments, she is the old Kay, sporty and cool and collected, but those moments seem terribly old fashioned compared to her more modern scenes. 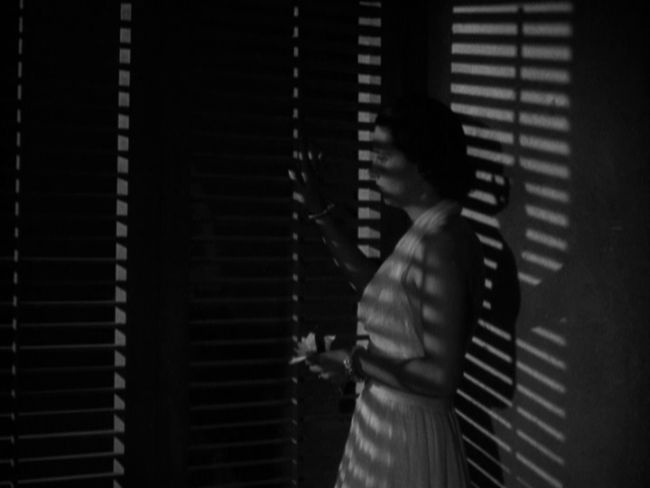 Ian Hunter gives another solid perf, gracefully aging up for the role and indulging in emotions beyond those of the stereotypical stiff-upper-lip English military man. Errol Flynn tones down his bad boy image to pretty decent effect, though he is an actor best used in action sequences. It’s fortunate, then, that Another Dawn features a lengthy and rousing battle scene that is truly exciting and well worth the watch. When the action cuts back to the outpost, you wish only that they would return to the battle among the sand dunes.

Critics weren’t always taken with these Colonialist adventures, however. Time, who sarcastically noted that the North Africa of Another Dawn appeared to be air conditioned, also wondered aloud why studios “can wave the British flag more effectively than its own.” As David Welky says so succinctly in The Moguls and the Dictators, the answer was simple: money. Selling these films to both American audiences and overseas dramatically increased profits, and in fact, Another Dawn made almost as much internationally as it did at home. 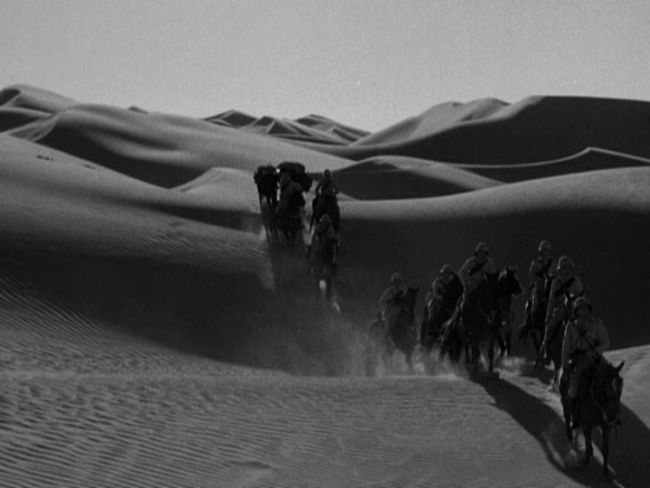 Though composer Erich Wolfgang Korngold’s music overwhelms the film at times, it has been recognized by many as a truly exceptional film score. Korngold’s 1947 Violin Concerto was based on work he had begun in 1935, which briefly digressed into musical themes for Juarez and Another Dawn, among others, then was finished years later. Of his cinematic recordings, the selections from Another Dawn, discovered and remastered in the 1990s by John Morgan and William T. Stromberg, are the most complete of any of his films.

After filming of Another Dawn, Kay would go on to do more mid-level films, until she finally filed suit against Warners for giving the script for the film Tovarich to Claudette Colbert instead. Though she later dropped the suit (for reasons never fully explained), instead of getting better roles as James Cagney and Bette Davis had after their similar lawsuits, she was given a handful of B movies. Her salary remained — mostly — but her career never revived. Another Dawn was one of her last true star vehicle performances, and a fascinating, little-known film.

Another Dawn is available from Warner Archive in a MOD DVD.