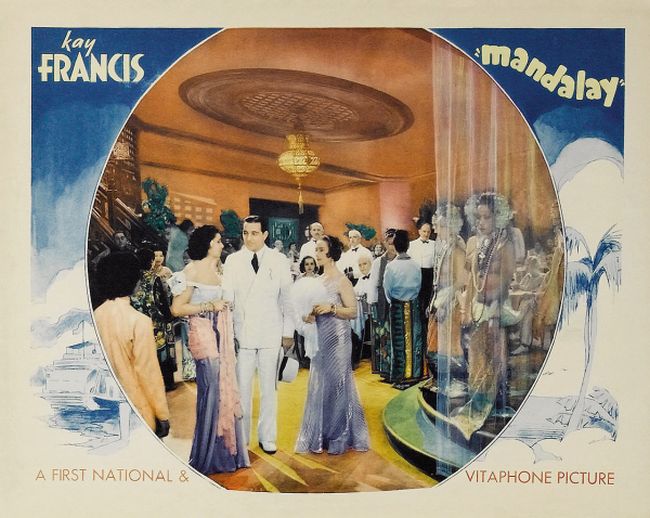 Some sad and frustrating news: According to Michael Blake, Universal plans to tear down the historic Stage 28. Inside Universal has more about the closure, and the rumor that the demolition is to make way for more theme part attractions.

There’s a petition to save the stage here, already at 1,400 signatures as of this posting. Those curious about the history of the stage might want to check out my article on Stage 28 for the Universal Backlot Blogathon in 2012.

After shamefully neglecting the blog for mumblemumble weeks, I have several scintillating updates coming in the next few days. First, the links; later, the rants. Maybe. I dunno, guys, it’s late in the summer and it’s too hot to have any emotions.

Wait, is tickled an emotion? Because I’m absolutely tickled to announce that, as of this month, I’ve joined Next Projection as a writer/critic. Check out my first few articles here:

* Child of God (2013): Despite the middling to poor reviews this film got on the festival circuit, I had hopes that it would be worthwhile. Those hopes were misplaced.

–
While I no longer write columns for ClassicFlix, I still do monthly DVD reviews:

–
And finally, some interesting links to waste I mean spend your time on:

* A discussion on recovering digital artwork Andy Warhol created with Amiga computers back in the 1980s. Easily one of the most frustrating videos I’ve ever seen. Hosted by an artist in at least his mid 30s, if not older, who hilariously tries to pass off Amiga computers as some kind of electronic Stonehenge: incomprehensible and mysterious. The recovery team doesn’t seem to know all that much about Amigas, either, and I’m still unsure why they risked those discs in an emulator rather than just turning on an Amiga and backing them up first.

The best part is at the 14:25 mark when some music suddenly starts up, its source unknown, but Amiga aficionados will it recognize immediately as the can-can from Lemmings. It warms my cold dead heart to know that someone in that room was more interested in playing Lemmings than helping to recover Andy Warhol’s lost digital artworks.

* The Last Men of the Revolution: Photographs of Revolutionary War soldiers, taken in the mid-1800s. Fascinating stuff.

–
That’s about does it for today. Just a note: after a slow summer on SBBN, there will be several posts in the next few days. Look out for a Ronald Colman movie review, probably this afternoon!