Thank you all for your patience during this unintentional hiatus, brought to you by seasonal colds, internet outages and unpleasant traveling for even more unpleasant business. But enough holiday cheer! Things are back and hoppin’ here on SBBN, so let’s get to it.

Like all good GenXers, I spent all of my 20s and most of my 30s watching cartoons. Craig McCracken and other cartoonists helped pave the way for the animation renaissance we’re enjoying today — it’s almost impossible to overstate McCracken’s influence, starting with Cartoon Network shorts and “Dexter’s Laboratory” episodes, then his multi-award-winning “The Powerpuff Girls.” His followup project in the mid-2000s was “Foster’s Home for Imaginary Friends,” a more kid-oriented show than his previous work, with milder humor and some of the most fantastic design and animation to be found on the small screen. 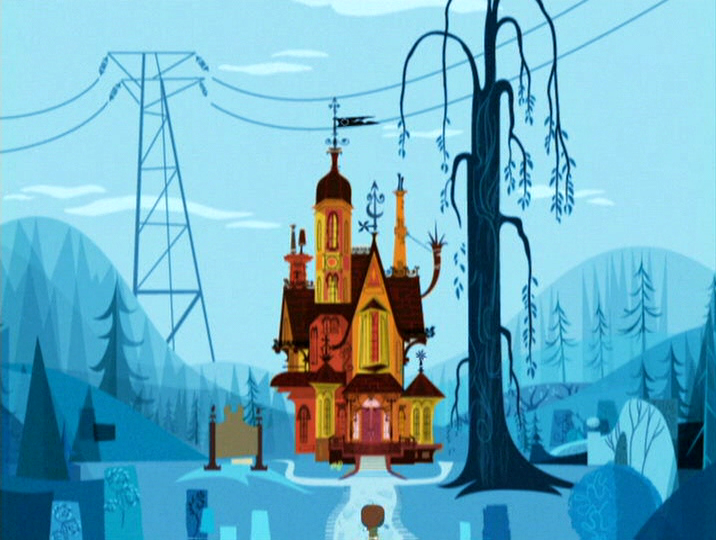 Warner Archive is now offering the “Foster’s Home for Imaginary Friends: The Complete Third Season” on MOD DVD, good news for “Foster’s” fans who were left out in the cold when Turner released only seasons one and two, then stopped altogether in 2007.

For those of you used to seeing these on Netflix (which only has season two at the moment) or in syndication, you’ll be pleased to know the full introductions are intact rather than the odd truncated version where the music abruptly changes and you’re left going, “What? Where am I?”

“Foster’s Home for Imaginary Friends” follows the tales of young Mac and his best friend, the imaginary Bloo, a wise-cracking blob-shaped dude. In the world of “Foster’s,” everyone can see imaginary friends, but of course life and circumstances and growing older means these friends are quickly abandoned. Kindly Mrs. Foster has a home for the imaginary friends, giving them a nice place to stay while they wait to get adopted. Bloo must stay there, too, because Mac was no longer able to keep him at home, but he has made an agreement with Mrs. Foster that Bloo can stay there without being adopted as long as he visits Bloo every day. Other characters include Frankie, the 20-something granddaughter of Mrs. Foster, plus fellow friends Wilt, Eduardo, and Coco. Voice actors include Keith Ferguson, Phil LaMarr, Tom Kenny, and more.

Most fans will tell you that season two is the best (“Now we’re brother ladies!”) and I can’t really argue about that, but season three has some real gems. One of my personal favorites is “Duchess of Wails,” about an imaginary friend who is an insufferable old Hollywood-style diva with a body by Picasso, complete with an Alexander Caulder tail: 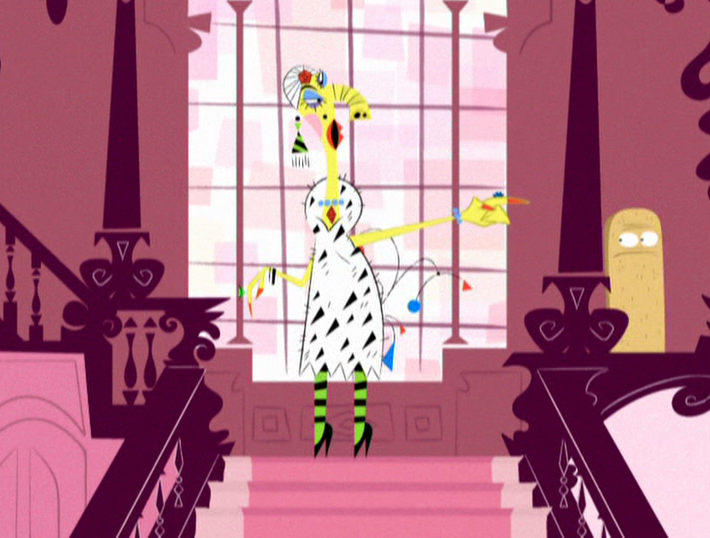 Duchess demands every detail in her life be catered to, and everyone, from visitors to employees to fellow imaginary friends, is forced to mend her clothing, spoon feed her and endure her temper tantrums. The home works to get her adopted because “adopted” means “nowhere near us” but, because this is a comedy, there is a snag: she ends up at the home next door to Mac, causing Mac and Bloo no end of grief.

Though nominated for several Annie Awards in prior years, “Duchess of Wails” was the episode that finally won an Annie for “Foster’s.” The show would go on to win four more Annies and seven Emmys, all well deserved.

Another great season three episode is “Go Goo Go,” a riff on the Cheese episodes of season two, this time featuring a girl with an out-of-control imagination who invents hundreds of imaginary friends, causing chaos wherever she goes. 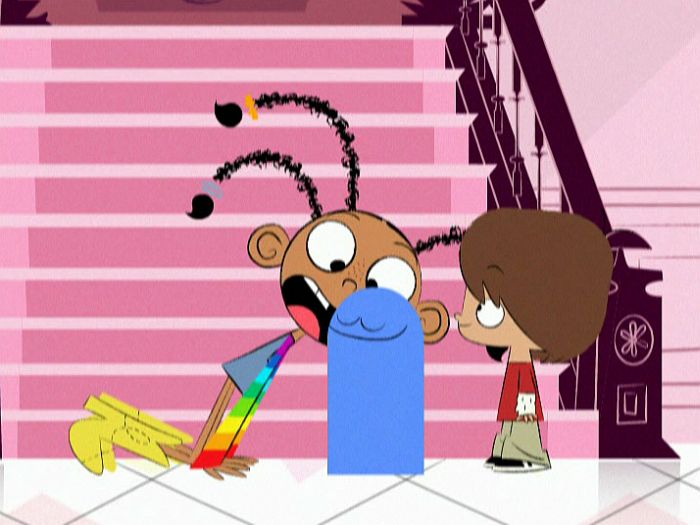 “He’s so simple and cute and economical!”

And it’s true, the character of Bloo is a simple, economical design that works so well it’s a wonder it didn’t achieve the same kind of major marketing appeal that Spongebob does. That said, given the season two episode “Sweet Stench of Success,” it’s possible that marketing was an absolute “NO” for the creators. 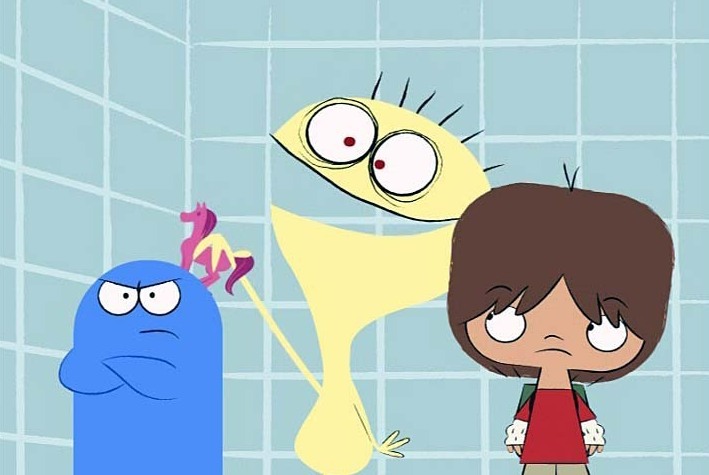 This is an image I borrowed from Fanpop showing a season two episode featuring Cheese, which I’m including because, well, Cheese, and also to show Bloo with his arms crossed, which is one of the best design elements of the character.

There are 13 episodes on two discs in this season three set, which is made to match the earlier 2007 sets aesthetically but with what seems to be a slightly better video quality. That said, it’s as bare bones as most Warner Archive releases, with no subtitles and no special features. Still, it’s great to be getting “Foster’s” back on DVD again, and we can hope this means the remaining seasons are on the way.