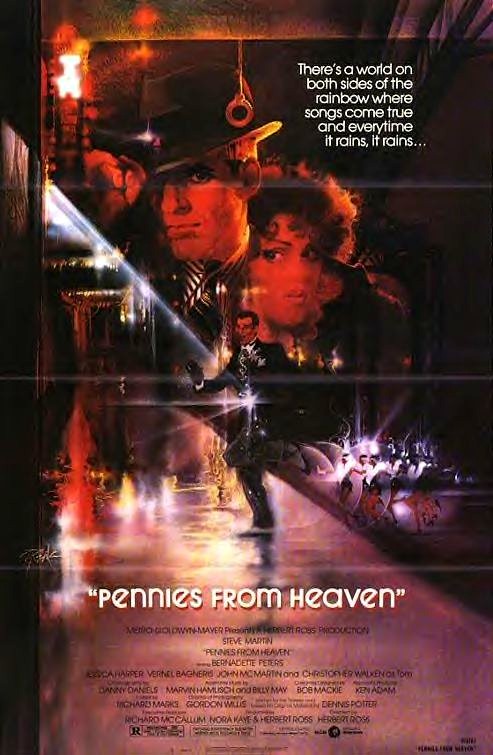 After his famous stint on Saturday Night Live and critically-acclaimed stand-up act, Steve Martin made his way into films in the late 1970s. Securing a solid (if completely bonkers) hit with The Jerk (1979), Hollywood seemed to feel Martin could only fill a very particular niche: the retro movie. Maybe it started with Sgt. Pepper’s Lonely Hearts Club Band (1978), maybe not; all we know is that the 1980s were host to some fine films where Martin played in remakes, reimaginings, or period films set earlier in the 20th century, and we are the better for it. 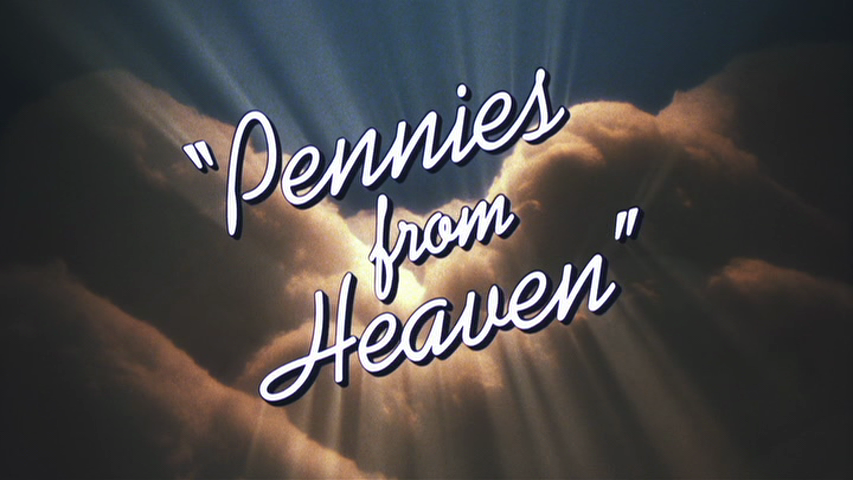 One of the best, though sadly maligned, films of this kind is Pennies from Heaven (1981). Based on a really top-notch British TV miniseries starring Bob Hoskins, the tone and plot in the U.S. version has been significantly watered down from the original. There is a tough, nasty edge to the British series, heavily softened in the film by making the characters of Arthur (Martin) and Eileen (Bernadette Peters) more hapless than cruel. 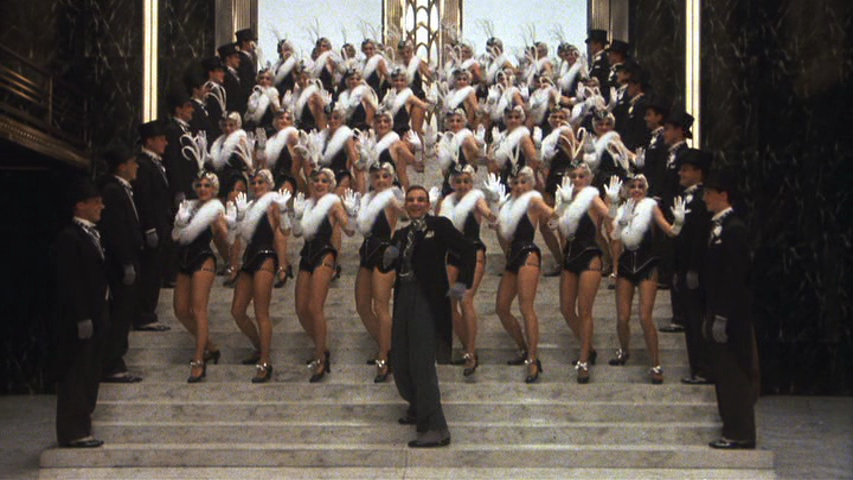 Arthur is a sheet music salesman in Chicago in 1934. He’s the worst kind of person: the kind who thinks he’s a nice guy, but who in reality is truly heinous, a borderline sociopath. His wife Joan (Jessica Harper) isn’t interested in sex, and though you can’t blame her, she’s sadly portrayed as the stereotypical frigid shrew in what is probably the biggest misstep in the film. The couple have very little money and his dreams of success are quickly fading. He wishes for a life that simply cannot exist for him, in part because instead of trying for actual success, he is instead imagining the world around him turning into glamorous, glorious numbers from expensive Hollywood musicals. He meets local teacher Eileen (Peters) who shares his dreams, but their affair leads to a series of tragedies. 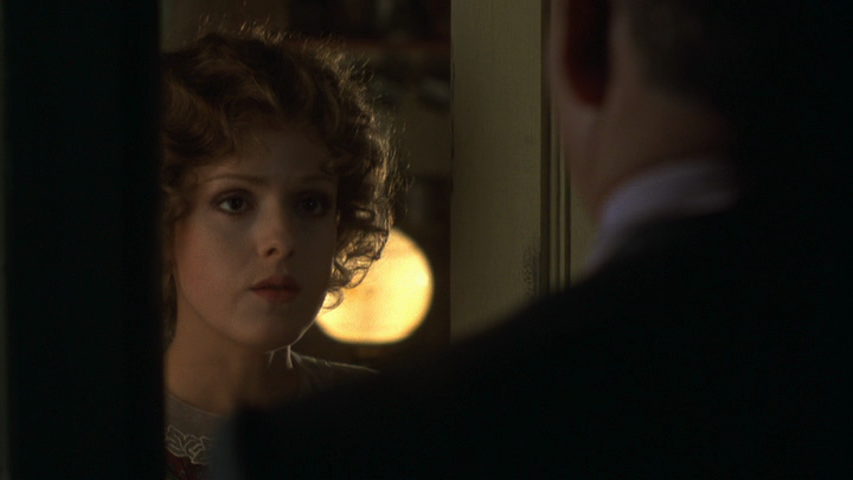 While in the miniseries the influences remained primarily cultural and based on pop radio tunes, the film relies heavily on scenarios from a host of 1930s, 1940s and 1950s Hollywood musicals. You’ll see references to 42nd Street, Singin’ in the Rain, The Horn Blows at Midnight, Sunnyside Up and more — and if Arthur isn’t at least partially based on an El Brendel character, I will purchase a delicious hat, and then I will eat it. 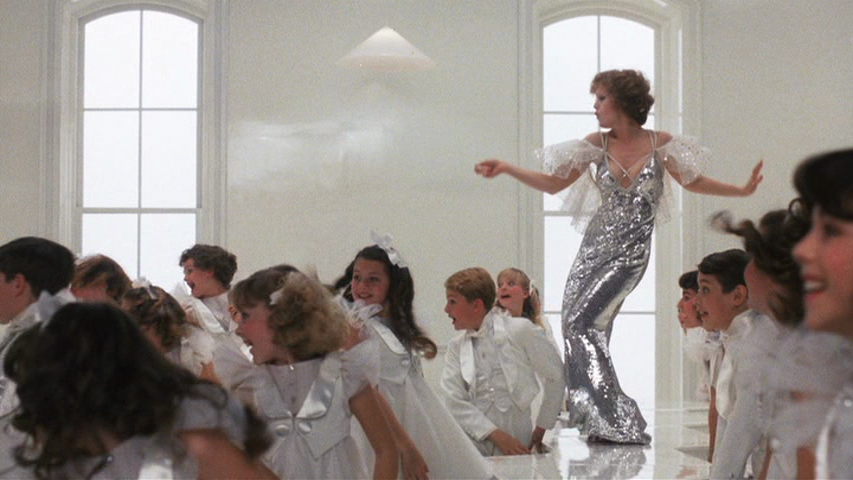 Lensed by the phenomenal Gordon Willis, who sadly passed away just yesterday, Pennies from Heaven is a glorious watch. Two snippets of scenes in the film made it into the now-famous TCM late-night movie intro, and for a reason: because it captures the 1930s Hollywood film aesthetic so well. Choreography by Danny Daniels and costumes by Bob Mackie lend authenticity and glamour to the film.

Martin and Peters are terrific when in their daydreams, though a touch heavy on the pathos during their real life moments, enough so that the film occasionally borders on fetishizing Depression-era poverty… but it’s not like Hollywood didn’t do that itself. Christopher Walken excels in a role that reminded us he was a solid song-and-dance man two decades before Fatboy Slim reminded us again. Vernel Bagneris, John Karlen and a host of fine supporting actors fill out the cast. 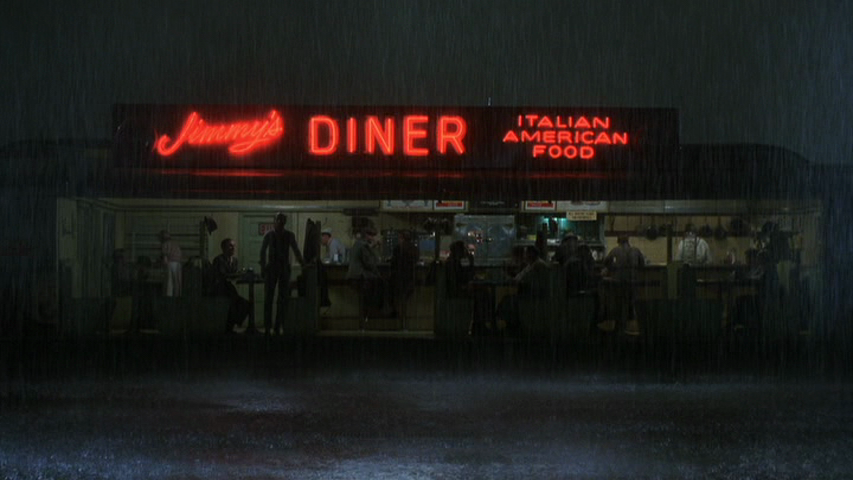 If you’ve seen the original BBC series, this film may be a bit of a letdown. It’s meant to be entertainment with a message, a comparable film to the cinematic extravaganzas of Old Hollywood, and thus at times comes across as a touch too light. But I can say without hyperbole that Pennies from Heaven is, if I had to choose, the one film that made me the cinephile and critic I am today, and I will never not love it. 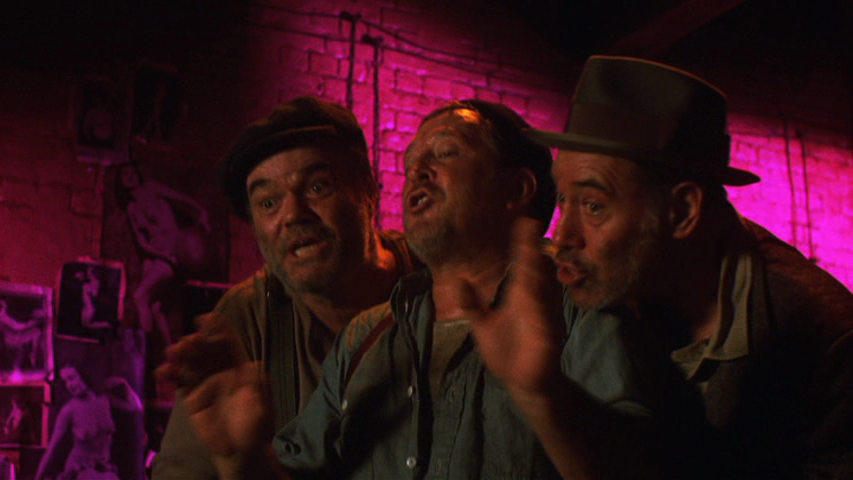 Trivia time: Character actor Paul Valentine (far right), who played Joe Stepano in Out of the Past (1947), is one of the three singing bar patrons in the fabulous song-and-dance number featuring Christopher Walken.

The Warner Archive DVD is from the now out-of-print Warner Home Video version. Bringing back films like these is what Warner Archive does best; no longer will you have to pay some dude on eBay $50.00 for a used copy that strangers have probably sneezed on and/or licked. The Warner Archive DVD comes with scene selections, language options and special features including a scene-specific commentary by movie critic Peter Rainer and a 20-year reunion featurette with some of the cast and crew.

The slideshow photo for this post is a detail from artist Bob Peak’s painting used for the Pennies from Heaven poster, courtesy The Geeky Nerfherder.