Former boxer turned police officer turned private eye, Spenser — no first names please, he’s got an air of mystery to maintain — has just lost a client, a former hooker who was shot by the henchmen of the gangster trying to bring her back into his fold. Hired the next day to find the missing wife of a rich real estate developer, Spenser discovers this businessman is also involved with the same gangster, while the developer’s wife has, somewhat shockingly, taken up with a group of revolutionaries. 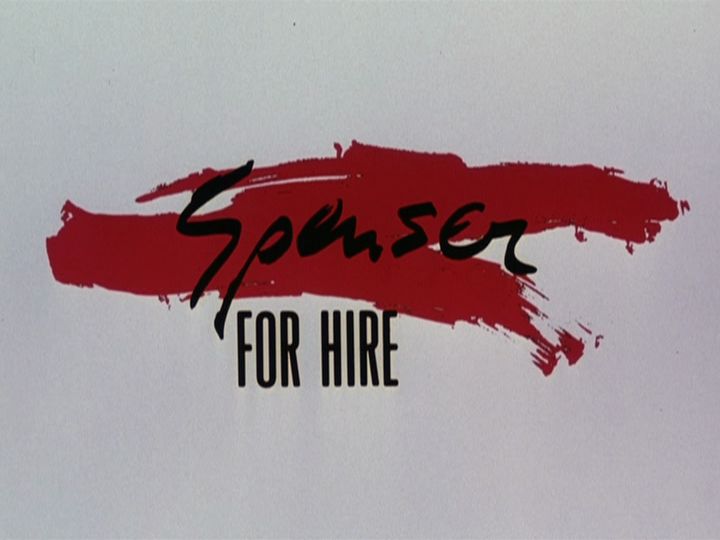 “Promised Land,” the pilot for the television series Spenser: For Hire (1985), is a fine adaptation of Robert B. Parker’s novel of the same name, though slimmed down for its hour-and-a-half runtime — expected, certainly, but something that Parker’s longtime fans have often criticized. In the books, Spenser is a complicated man; in the show, Spenser (Robert Urich) is still complicated, but in that television sort of way, by which I mean he’s more human than almost anyone else on television was in the mid-1980s, but less human than, well, actual humans.

That’s not to say “Promised Land” is middlebrow television, because it certainly is not. Spenser, an educated, liberal — usually — makes it clear he pro gun control, pro feminism, anti racist, pro LGBT rights, and more. It’s somewhat shocking to watch this telefilm today, given the shift in our culture which would make the Spenser of “Promised Land” an instant enemy for many on the political right, a controversial figure that mean ABC would be praised and/or accused of having “liberal bias.” 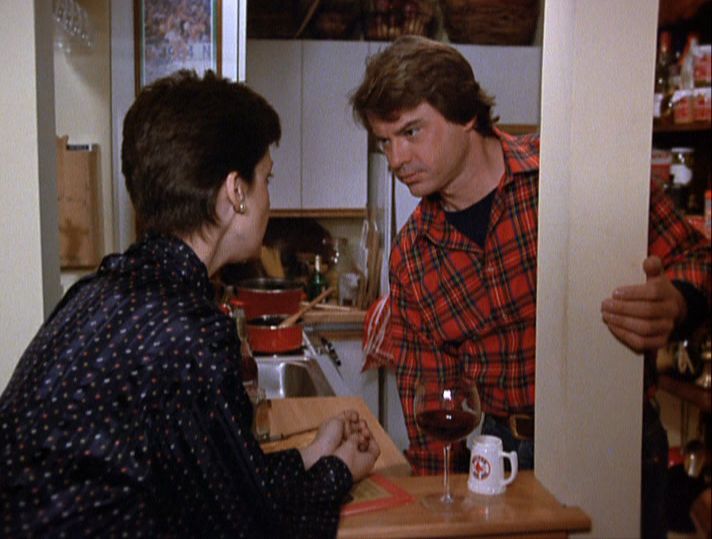 But he’s complicated, as you know, and that means he sometimes says something sexist or racist, and sometimes wears his liberal cred on his sleeve in an unappealing way. Coupled with Urich’s strength in portraying a thoughtful, sensitive guy, though, it really works. Spenser is a humanist, above all else. The only misstep in the pilot is Urich’s narration, which is clumsy and at times unconvincing, such as when he details what he has just enjoyed at a local four-star restaurant. Spenser is a gourmand, but Urich isn’t convinced that Spenser is a gourmand, and maybe he’s right. Maybe in a television show, that’s just too much eclecticism to take. 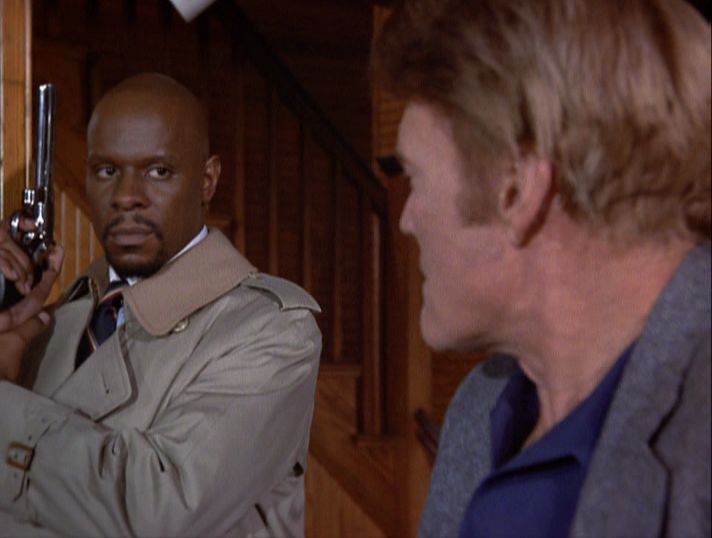 As the story unfolds, we find Spenser struggling with the nature of his relationship to Susan (Barbara Stock), a smart, level-headed counselor who wants their relationship to be committed, but doesn’t want either of them to sacrifice their jobs or personalities for the other. The rich businessman, played by Geoffrey Lewis in that terrible toupee he wore throughout the 1980s, has very little to do, but that’s okay: his wife, played by former model Donna Mitchell, has plenty to do, having fallen in with a group of revolutionaries, two beautiful women intent on sending guns to South American rebels. Mitchell is quite good in “Promised Land,” nailing an emotional speech just as the third act opens, despite sounding as though she was nursing a case of pneumonia thanks to the harsh Boston winter. 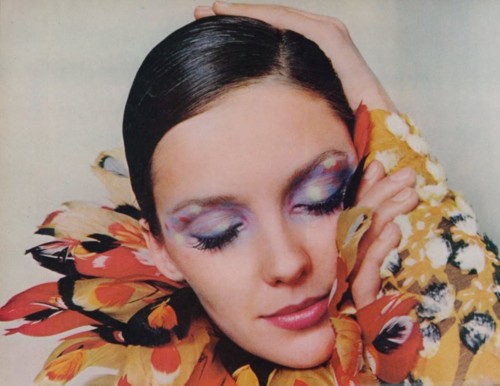 There are some network time-killers, as David Letterman used to call them, exercising montages and sexy scenes where Urich shows a surprising amount of manbutt for 1985, but there’s excitement, too. Not that you can’t be excited by manbutt; who am I to judge? Hawk, the legendary character played to perfection by Avery Brooks, is working for the baddies in “Promised Land,” specifically the gangster responsible for killing Spenser’s young client. Hawk and Spenser have a history, and the tension between the two is worth the price of admission alone. 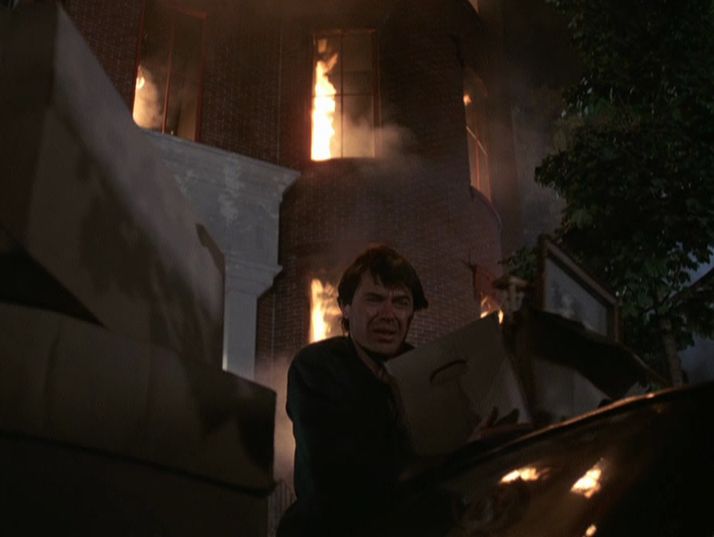 When the series was picked up, there were plenty of changes, some cosmetic, some significant, and all at once: The first episode, “No Room at the Inn,” opens with Spenser’s fabulously appointed apartment going up in flames, and moments later, he’s calling in Hawk as both partner and friend, not complicated adversary. Spenser’s beat-up Mustang had a slick new makeover, and Hawk bought a brand new car: 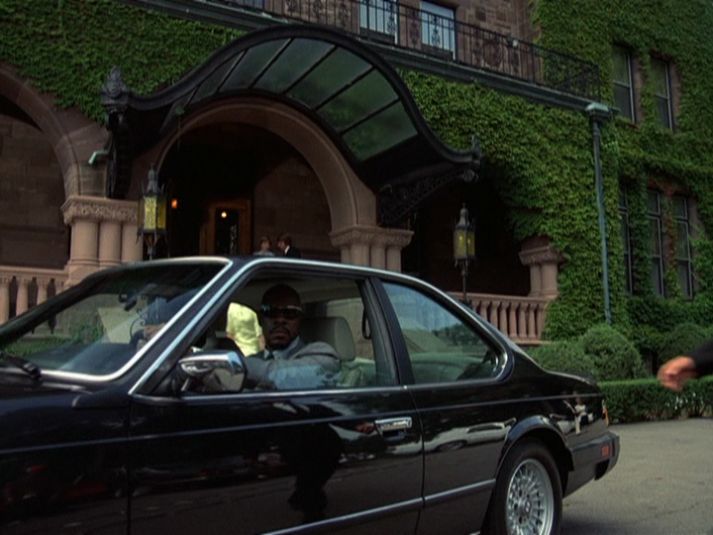 It’s a far less gritty show from this point on, though retains lots of the gorgeous Boston scenery and solid storytelling, especially in this first season. Still, Spenser starts to resemble Rockford less and Equalizer more, with bright city lights, simpler morality tales and those perpetually wet late-night streets that plagued every urban center throughout the 1980s. 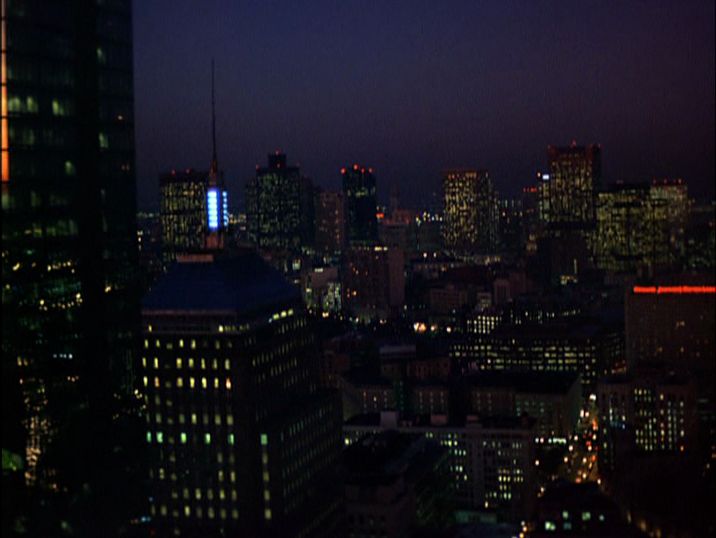 Also, gorgeous helicopter shots of the city at night.

Hawk still has his edge, Spenser still has his ethics and Susan is still far more than eye candy, but the factors that made the pilot (and the book series) so unique have been toned down. This doesn’t hurt the show, however. The characters were well crafted from the very first episode, so you don’t have that period of adjustment so common to TV shows, where actors stumble over lines, look a little lost, don’t know what they’re really about. There is some of that with Richard Jaeckel (of Green Slime fame) as police Lieutenant Quirk, briefly, but halfway through the pilot, he hits his stride. Ron McLarty as Sgt. Belson is a bit underutilized in the pilot, but by “No Room at the Inn,” is the exact character you need him to be.

If, like me, you lived in a household dedicated to The Equalizer and Hunter, you missed a lot of episodes of Spenser: For Hire when it first ran. Moved around for the entire three years it was on ABC’s schedule, Spenser just never quite caught on. Fans of the original novels didn’t care for the adaptation, and crime show buffs already had a plethora of other choices, shows that stayed in their timeslots and didn’t wander around.

Thankfully, Warner Archive has recently released the entire first season of Spenser: For Hire on a six-disc set. The image quality on these is very good and the mono sound quality is solid — these look a ton better than they did when I saw them in their original run and in reruns, and thus far I have noticed no compression problems. As noted at the Warner site, the initial run of these sets are “traditionally replicated (pressed) in anticipation of high consumer demand” so they’re not MOD DVD, at least not for a while. Each disc has four episodes (the last disc just three) and they are packed nicely in a DVD case with flip pages that actually work. I say this as a self-appointed authority: the Warner Archive releases using these flip pages are far and away better quality than almost any other distributor.

This is a fine set, and if you’re a fan of Spenser: For Hire, an absolute must-own.