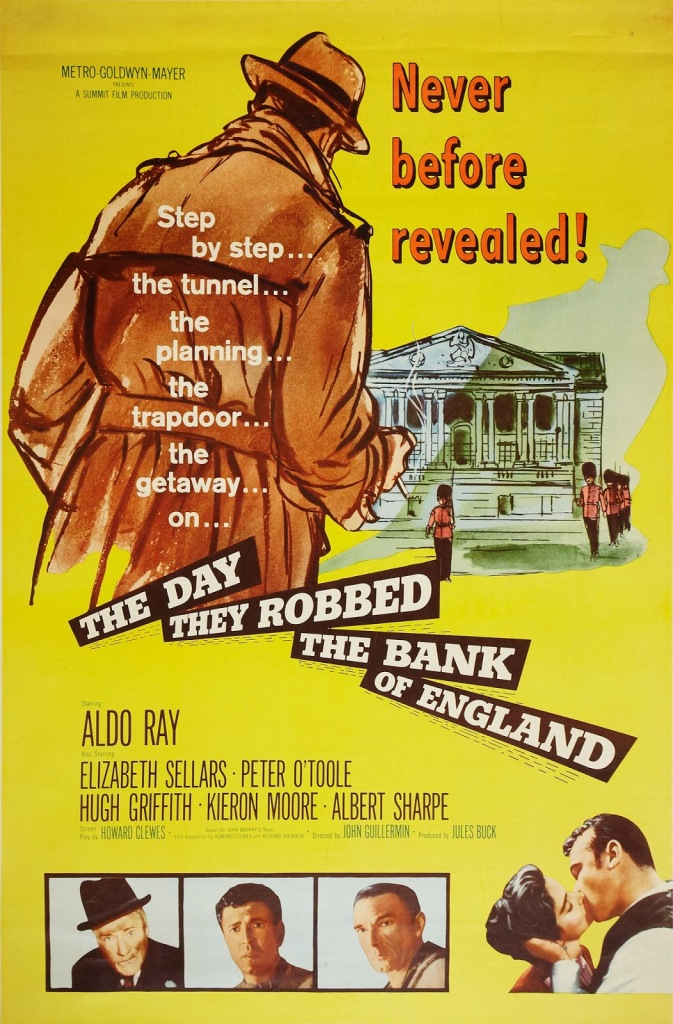 Irish nationalists plot to rob the supposedly impenetrable Bank of England at the turn of the last century in the 1960 caper flick The Day They Robbed the Bank of England. The brainchild of a man known only as O’Shea (Hugh Griffith), the robbery is less about the money than the potential political ends; as O’Shea says, “£160,000 is a matter for the police, but one million pounds is a political offensive.” His role in the heist is limited, however, with the break-in itself to be carried out by Irish-American import Charles Norgate (Aldo Ray) and a handful of Irishmen, including the volatile Walsh (Kieron Moore). Walsh is all over the place both intellectually and emotionally, ranting and raving about the impossibility of breaking into what amounts to a Medieval fort, his distrust of Norgate, his disagreement with O’Shea’s plans and, most importantly, his anger over his loss of Iris Muldoon (Elizabeth Sellars) to the American in their midst. 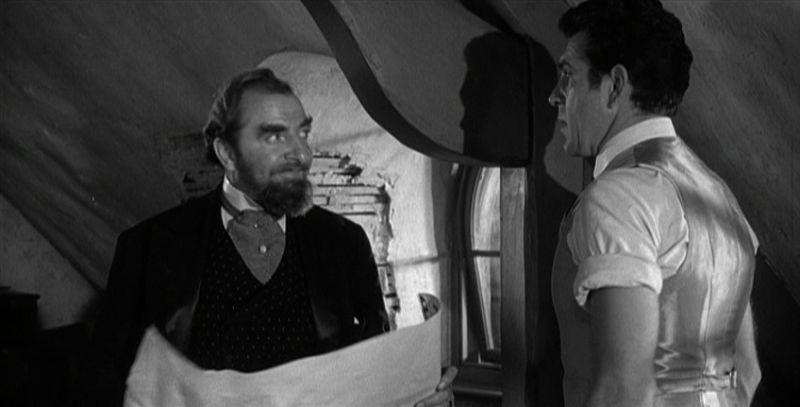 Despite the rather misleading title and publicity, John Brophy’s novel on which the film is based is fictional, though inspired by a real life event which never got past the planning stages. The somewhat by-the-numbers plot of The Day They Robbed the Bank of England is faithful to the book, though the standard narrative is broken up by two key elements in the film, both of which make it much more than just a B-movie heist flick. First is the appearance of Captain Monty Fitch, played by Peter O’Toole in an early role. Fitch is an Army guard who works at the bank, and Norgate befriends him, hoping to get some insider intel. O’Toole is terrific in the role as a rather dim military man, a pathetic figure who nonetheless has just enough self awareness to know that perhaps there is more to life than fishing and his unchallenging job. 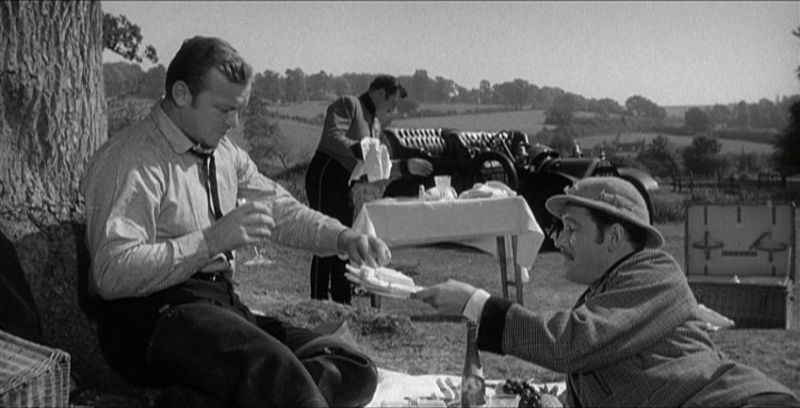 Also making this film worthwhile is the extended heist sequence itself, a tense affair worthy of comparison to the films of Jules Dassin and Jean-Pierre Melville. There’s a palpable tension below in the robbers’ tunnels and above in the bank proper, a few surprise twists, and a cynical finale that very nearly casts Aldo Ray as the American Jean Gabin, something I’m sure almost none of us would have ever expected of Ray.

Despite successful turns in God’s Little Acre and The Naked and the Dead (both 1958), Ray was at the beginning of a career slump by 1960, and his performance bears the hallmarks of both boredom and frustration. He is absolutely pommeled in his scenes with Peter O’Toole, not through any malevolence or upstaging on O’Toole’s part, but by the simple fact that he cannot hold his own against someone putting in an A-level performance. That said, Ray was not a natural actor, but with a solid director, he could turn in some really fine performances, such as in the unknown and under-appreciated Nightfall (1957), one of those films that has only seen release in a box set and would be perfect for a MOD Warner Archive release. 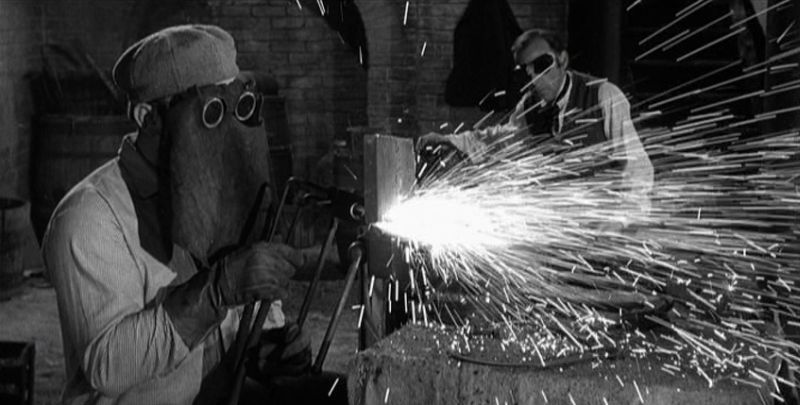