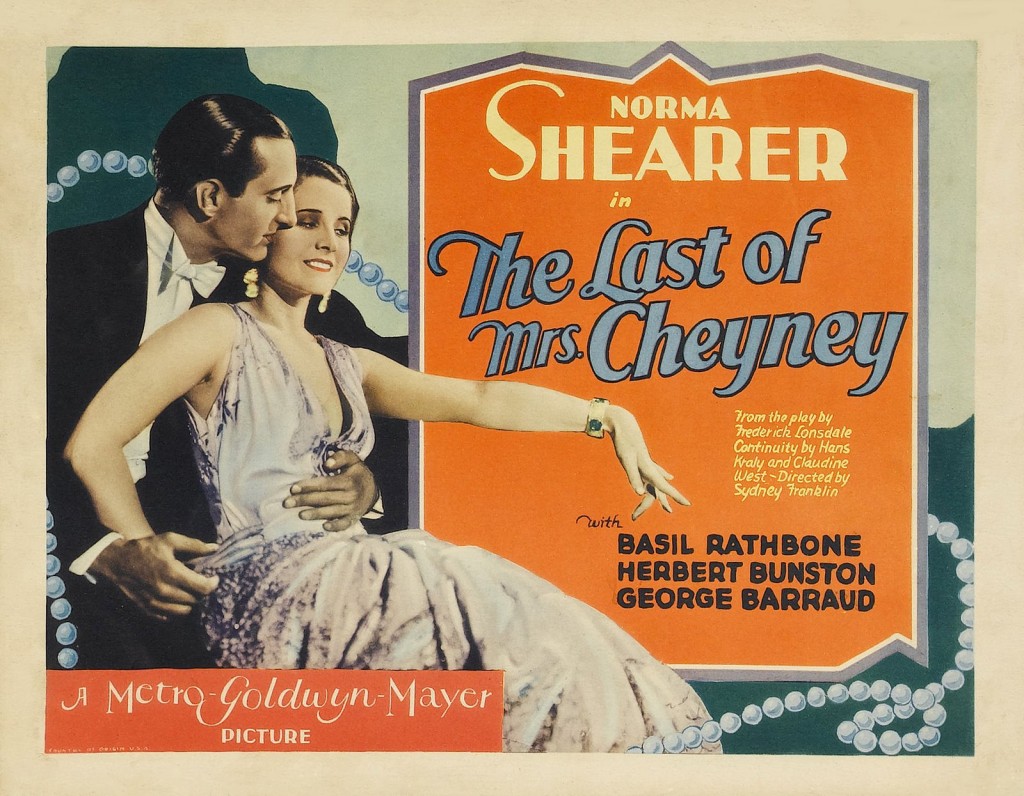 It’s often assumed that Norma Shearer’s good-girl image ended with the 1930 pre-Code flick The Divorcee, but that film, in truth, was the fourth in a row featuring the new, mature, slightly naughty Shearer. Beginning with The Trial of Mary Dugan and followed up immediately with The Last of Mrs. Cheyney (both 1929), Shearer premiered a sexy, sophisticated and worldly charm. 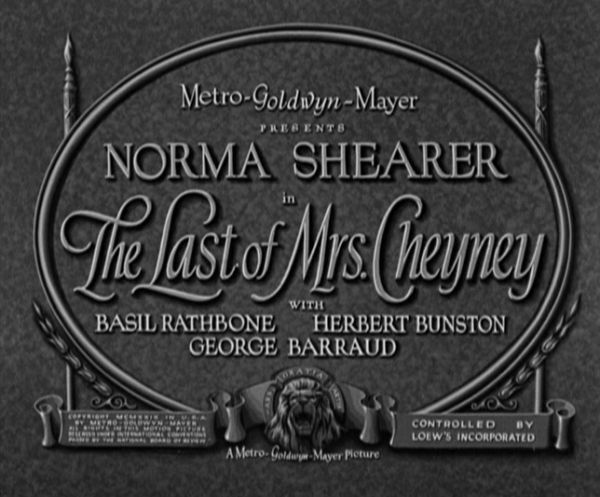 Like all early talkies, The Last of Mrs. Cheyney creaks under the strain of the new technology. Norma spends a significant part of the first act sitting on a couch, being talked to by a series of men, including the handsome and suspiciously suave Basil Rathbone. 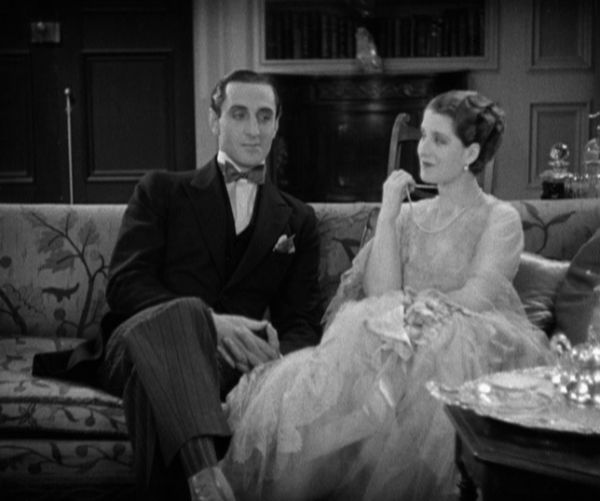 Mrs. Cheyney is a beautiful socialite who charms the old guard at Monte Carlo, but she has a secret: She’s not a wealthy widow at all, but an impostor, there to steal jewels from the rich ladies staying in the hotel. While plotting and planning, she attracts the attention of Lord Arthur Dilling (Rathbone), attention that becomes unwanted in more than one way. To say any more would be to give away far too much. 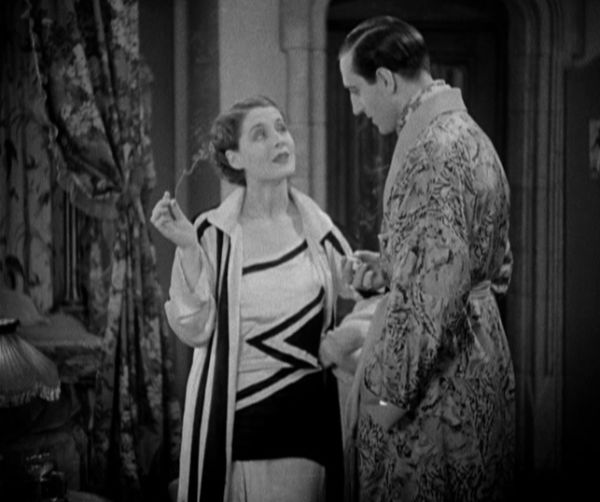 On general principle, I dislike Norma Shearer films. I find her far too mannered and stagey in her performances, but in some roles, that works very well. Mrs. Cheyney is one of those roles. Shearer is absolutely perfect in the part, and I can’t imagine anyone else, not even after seeing Joan Crawford’s remake. Shearer absolutely nails the disconnect between performance and self, just as she does in another film, Idiot’s Delight, which is better known; if you like Idiot’s Delight, then you should really check out Mrs. Cheyney. 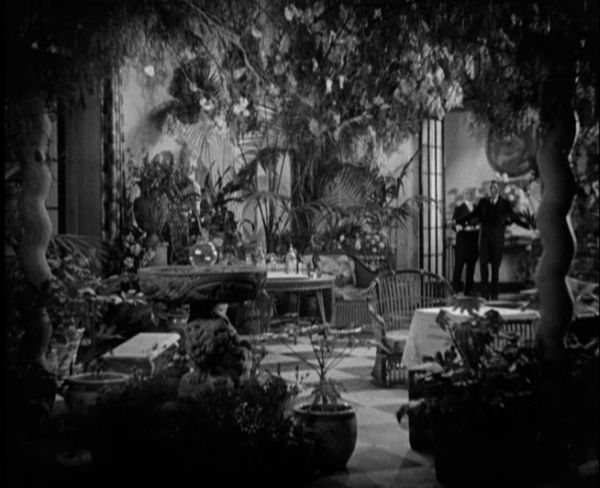 Look at that set!

Between Shearer’s performance, a young Basil Rathbone, the amazing early talkie sets — all busy patterns and deco and as many tchotchkes as can fit on a shelf without OSHA getting involved — and the fun of watching the cinematic version of late-20s high society, The Last of Mrs. Cheyney is a really terrific film. If you’re looking for an easy introduction into early talkies, you can’t get better than this.

The Last of Mrs. Cheyney is available from Warner Archives. 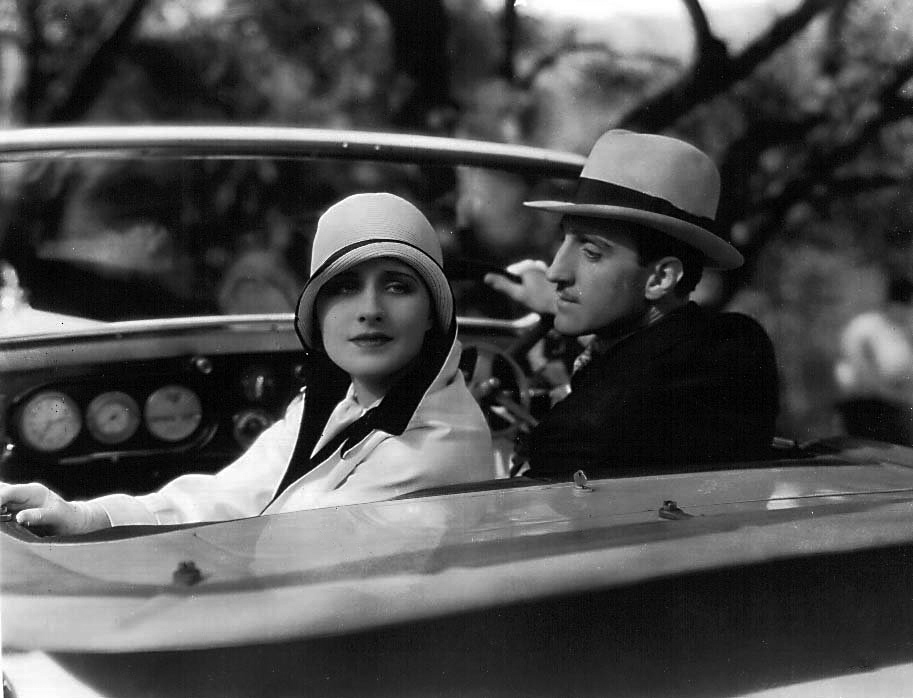