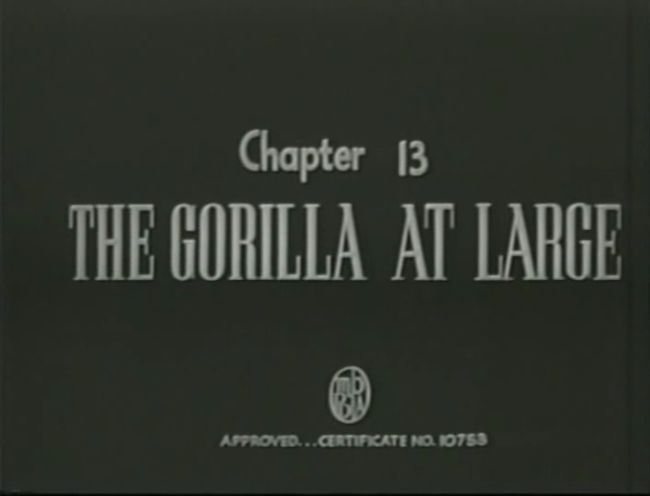 The Monster and the Ape #13
The Gorilla at Large

For those playing The Monster and the Ape home game, Chapter 13 can be found here, with Spanish subtitles.

We listen to our increasingly-less-enthusiastic narrator for a second, then pick up in the middle of the car chase we left off with last week, where Ken’s taxi, without explanation, suddenly gets in front of and perpendicular to the truck full of Metalogen he was chasing after. Today, folks, I have the explanation for this thing that is happening: That’s not the truck transporting the element. In my defense, the truck carrying Metalogen looked like this through the entire last episode: 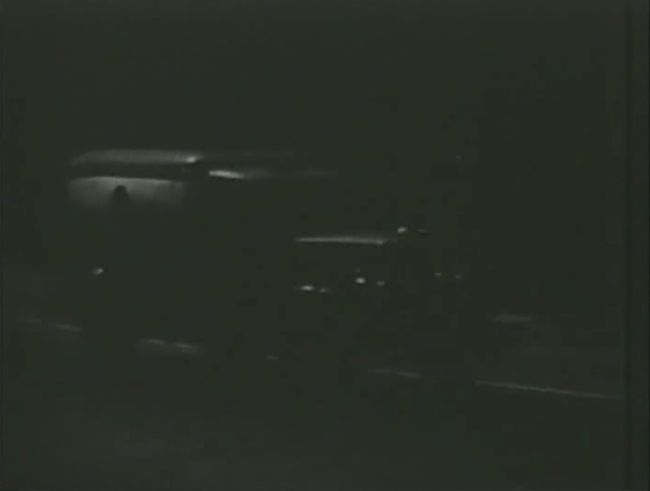 Between the poor quality film and my assumption that this serial can’t afford to rent more than two vehicles at a time, I figured every truck was the same truck. Anyhow, this completely unrelated truck t-bones the taxi, but Ken of course escapes without a scratch. Nobody ever gets killed, just like in “G.I. Joe” cartoons. What’s strange — and by “strange” I mean “really crappy writing” — is that there is no mention of anyone in the truck at all, injured or otherwise, and when a doctor comes along, he literally steps past the taxi driver who is shown as being moderately injured, just to get to Ken and tend to him first, even though Ken doesn’t look even a bit distressed. 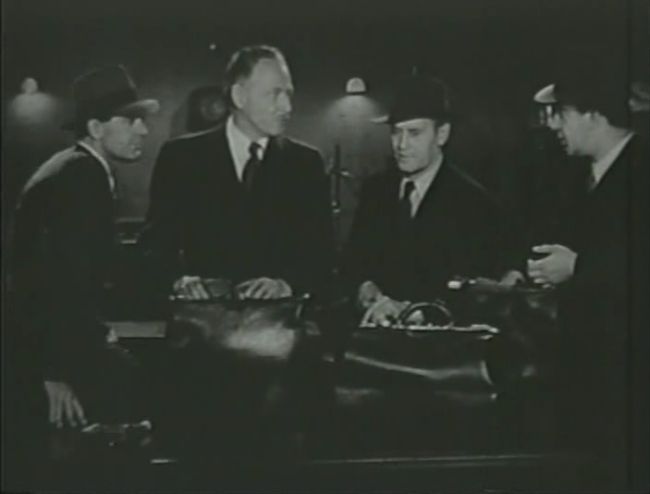 Back at the lair of the bad guys, Ernst is pleased to see his henchmen arrive with the Metalogen, all in leather medical satchels, which, as you will remember, is the Lugosi-approved way to carry around radioactive mineral extracts from meteoric impact deposits. Ernst announces that they will be traveling to a foreign country to manufacture a whole series of M-Bots, but he will not tell them which country, because that would involve the writers having to come up with the name of a country that wouldn’t inadvertently invoke something political during wartime. Some of the henchmen leave to secure the Metalogen in another location.

Dick Nordik arrives and is told to get the ape, who is on his best behavior today. He doesn’t hassle Dick at all, just grabs his zookeeper hat and puts it on his own head, which is kind of cute. I hate not being able to show you this, but the poor quality of the serial plus the bars of the cage in the way make screengrabbing the scene a fool’s errand. 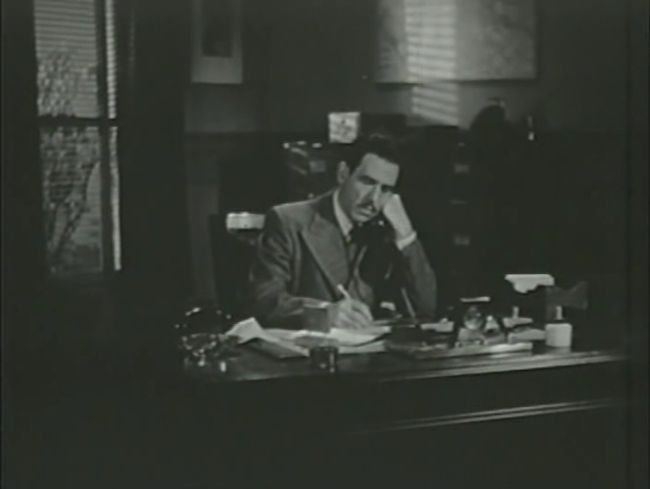 How much do you think the intern got paid to hold that branch up in the window? Enough? It probably wasn’t enough.

The Existential Detective phones Ken to let him know the gorilla is missing from his cage. Er, why would he do this? I guess so Ken and Prof. Arnold can go visit the cage to check it out. 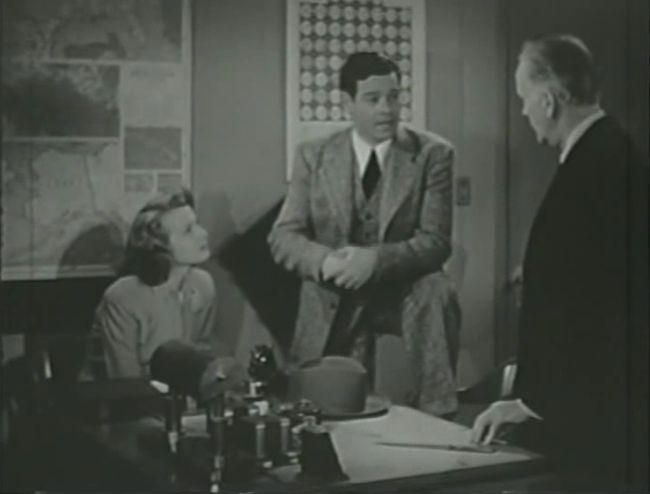 More smug to start your day.

While at the zoo, Arnold wanders off, at Ken’s smug insistence, to find an attendant, and Ken pokes around in the ape’s cage. He finds the secret door, which leads him to the underground lair of Ernst’s house. He sneaks up on henchman Butler and… 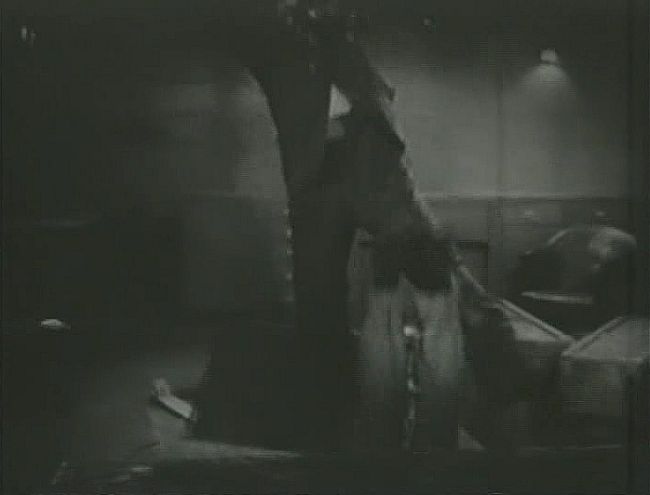 Fistfight! The stuntmen do a lot of unnecessary leaping around during this one, and it’s all in slightly fast motion, too.

Ken subdues Butler and forces him to reveal the location of the Metalogen. When Ken leaves, Butler is forced into a series of undignified poses to get to a spilled bottle of acid, used to eat through his bindings. 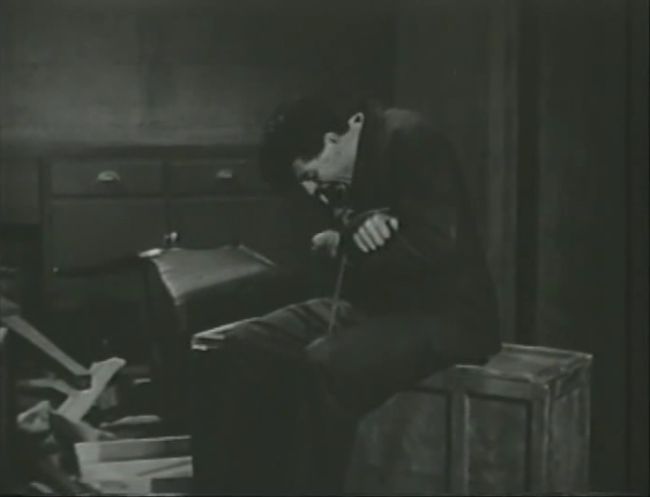 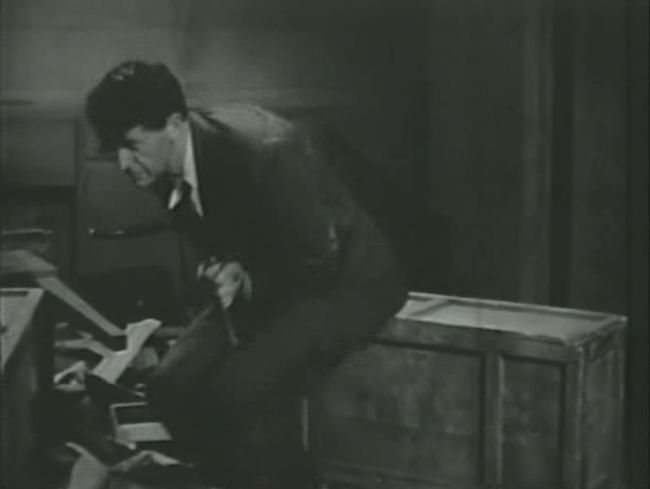 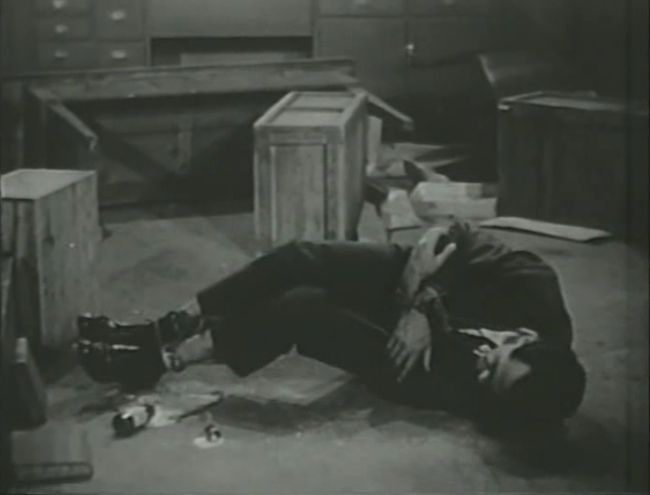 Step Three: Do The Worm.

Butler radios Ernst to warn him about Ken, so everyone grabs the Metalogen and hightails it out of there, Ernst ordering them to abandon the gorilla because they are “a dime a dozen” where they’re going. Uh huh. Nordik has the sads about this, so Ernst at least lets him take the ape out of the cage, to make him more comfortable. Nordik gives him a final pat on the head and tells him he hopes the zoo treats him well. 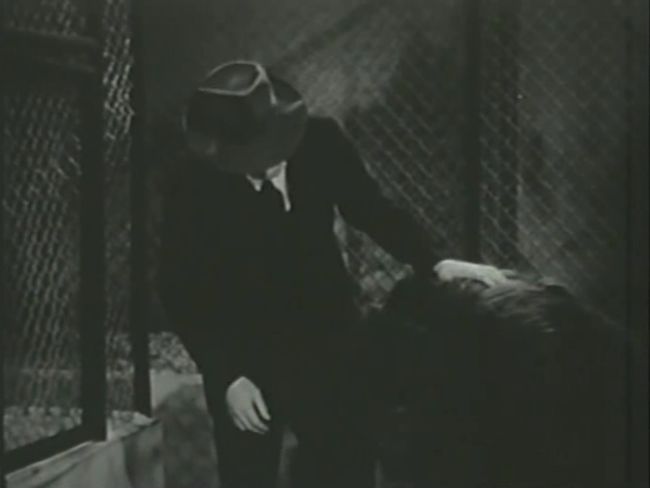 Aw. Nordik is the best character in this serial, so when he’s sad, I’m sad. Stupid serial made for kids, giving me the sniffles.

But my tears turn to joy in short order, friends, because once the baddies leave, Ken arrives, looking for the Metalogen. Instead, he gets monkey. 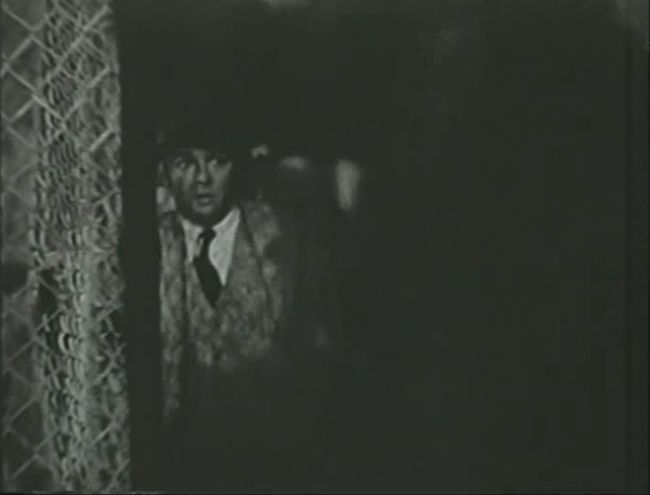 Ken tries to shoot the ape because he’s an asshole, and we’re lead to believe he accidentally shoots himself in the struggle, but he’s obviously just playing dead. 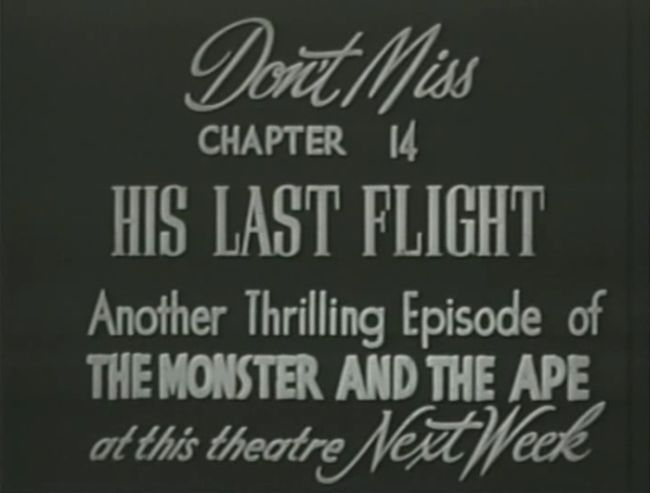 Just a heads up: The next two episodes, the final chapters, can’t be more than 20 minutes in length each, about how long this episode was, so they will be short recaps. This serial could have been a 10-chapter affair, easy, and it would have improved it tremendously. I hate to say this looks like it’s just going to peter out, but it may very well end in a fizzle.

Update 1/20/13: Next week’s chapter recap will actually be two weeks from now, going live on January 30th. I caught a virus and won’t be up to a proper recap for a while. Sorry for the delay.