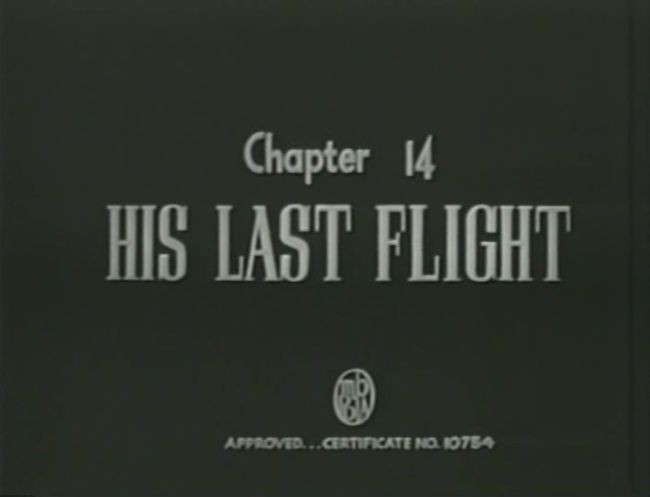 The Monster and the Ape #14
His Last Flight

For those of you playing The Monster and the Ape home game, Chapter 14 can be found here, with Spanish subtitles.

Sharp-eyed viewer James pointed out that I failed to recap one incident that happened in the last chapter, a segment which, at the time, seemed boring and pointless. Now that we’re here at the exciting, penultimate chapter of the serial, I realize the scene had moderate value. Let’s go back, shall we? Cue the meedlie-meedlie synth music and wavy flashback screen wipe:

As you will remember in Chapter 13, the police call Ken to tell him the monkey has escaped from his cage, so Ken and Prof. Arnold head to the zoo to check it out. While there, Ken insists Arnold go find a zoo attendant so they can ask him questions, but while gone, Ken wanders into the cage and discovers the secret door leading to Ernst’s hideout. 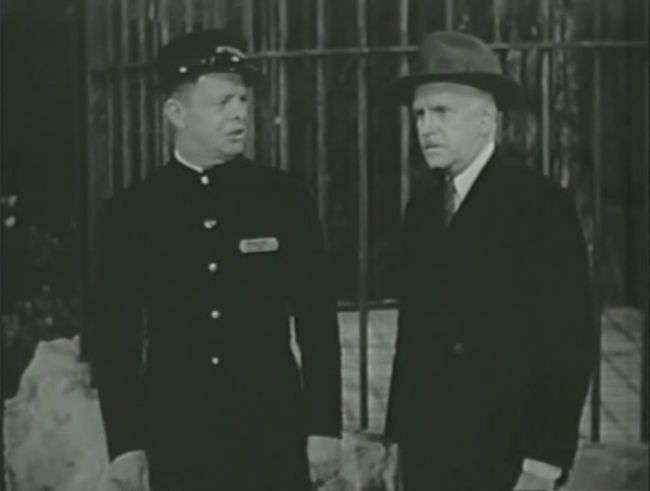 What I didn’t tell you is that when Arnold finally returns with a zoo employee, as Ken requested, Ken is long gone, irritating the zookeeper and making Arnold look like a complete dink. After the zookeeper snots off, Arnold, because he’s about as smart as Ken, wanders around and finds the secret passageway himself.

Now here in Chapter 14, we begin with a recap of Ken in the room that Thor the gorilla was left behind in, after Ernst and his henchmen ran off. Thor and Ken struggle and Ken’s gun goes off, with us left to believe Ken was accidentally shot, though it’s not a very convincing cliff hanger.

Then Arnold comes in just in the nick of time and… 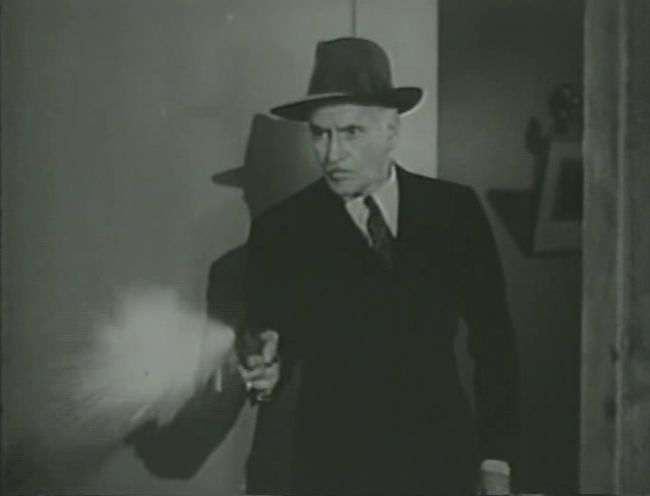 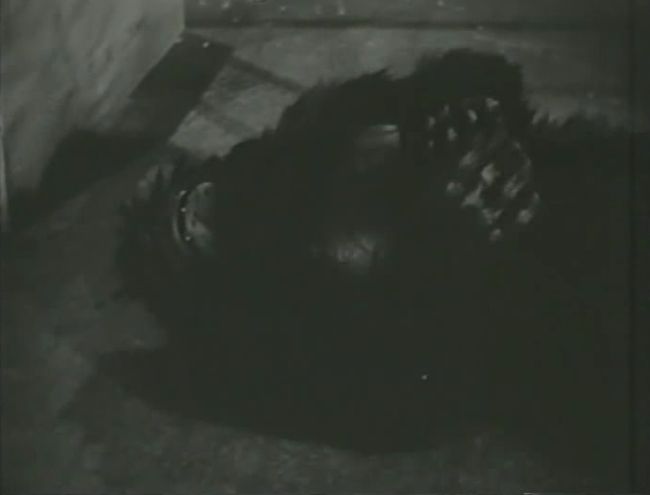 That’s it, folks, the ape of The Monster and the Ape is dead in the least spectacular manner possible. No one seems much concerned about it, as though the death of one of the two titular characters nearly two chapters prior to the finale of this serial is totally expected and normal and just good filmmaking. We can, I suppose, hope that Thor isn’t actually dead and will show up as a surprise in the final chapter, but from what I’ve seen of TMatA, I don’t think that’s likely. 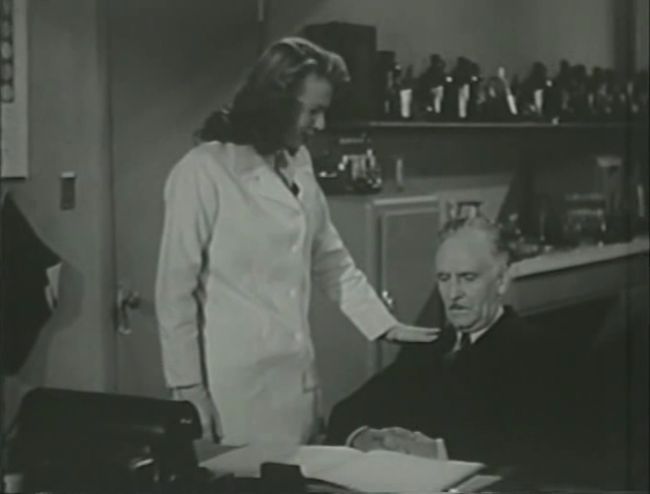 Back at Bainbridge Laboratories, Professor Downtrodden has given up hope for the fourth time today, while Ken is off talking to the cops, or probably ordering them around and whining about something inconsequential. But then Prof. Arnold remembers… he had a Metalogen detector in his cabinets all along! 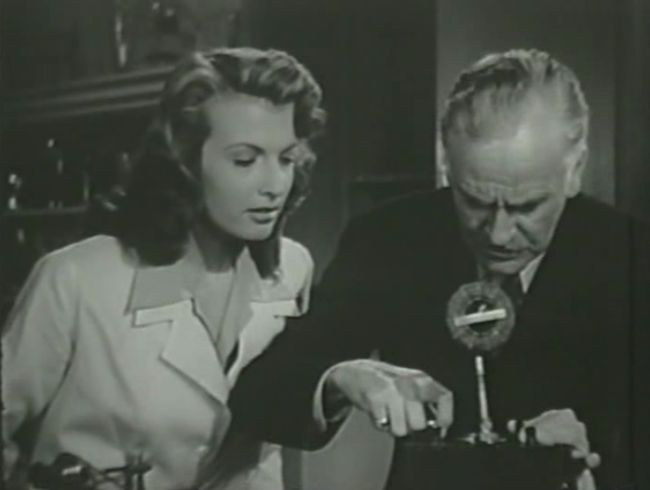 This thing, the detector Ernst had taken from Dr. Draper, but which Ken broke because he’s Ken. We already knew Arnold had it, but it was still non-functional the last time we heard about it. Now the script is implying we’ve gone through several chapters of stupid for no reason, because Arnold had a Metalogen detector the whole time. “I can’t believe I forgot about it!” he says.

I just need to let you all know that at this point, I was very, very close to turning off the serial, posting that this series of recaps has been canceled, and forgetting this ever happened. This sounds like a joke, but I assure you it is not.

Arnold recruits Flash, his driver-slash-assistant, and they ride around with the detector, ending up at henchman Joe Flint’s garage. Flash, amidst more mispronounced words and cowardice, finds the Metalogen hidden in the garage, and tastes it, because why not. 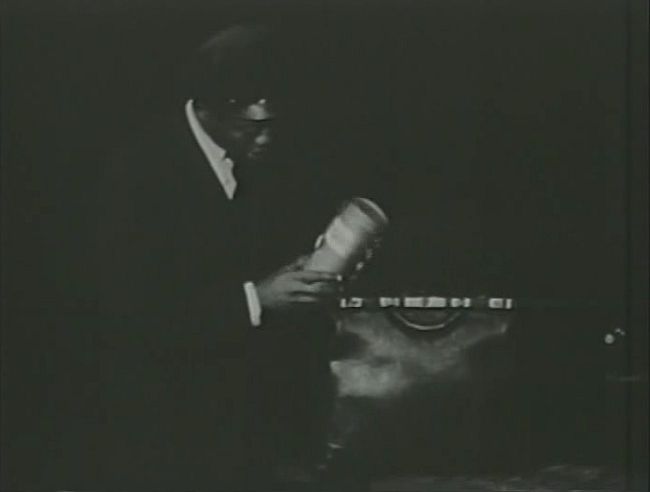 The henchmen arrive and take Arnold and Flash hostage, driving them to an airplane hangar on the edge of town where Ernst is already preparing to hightail it out of the country. Arnold immediately agrees to Ernst’s demands to turn M-Bot over to him, so he’s taken to a pay phone by Ernst and Flint to call his lab and get the robot to the hangar.

Meanwhile, the remaining three henchmen skedaddle to parts unknown, though they leave a tied-up Flash behind. He hops over in his chair to the phone and dials with a pencil held in his mouth, and calls Ken and Babs, but before he can tell them much, the baddies return. Ken deduces (snort) that because he heard an airplane engine in the background, Flash must be at the airport, so he heads out to the hangar. 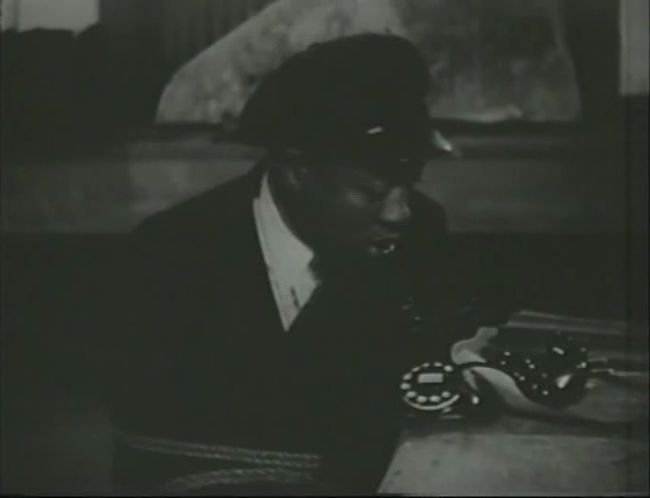 Back at the hangar, Dick Nordik punches Flash and the trio of henchmen yell at him for a bit, then leave again, because these guys — Nordik, Butler and Blake — are scared and panicky and decide to head out in a plane with the Metalogen now, not wanting to wait for Ernst and Flint. But they are stupid so they don’t bother to disable the phone, and Flash goes back and dials again, this time dropping the pencil before he can finish the call.

At the pay phone, Arnold is forced to tell Babs that someone will be coming to take M-Bot away, and she is to cooperate and not ask any questions, nor tell the police. She agrees. Back at the hangar, Ken arrives and unties Flash, getting enough info from him to decide to chase after the three henchmen already flying away. 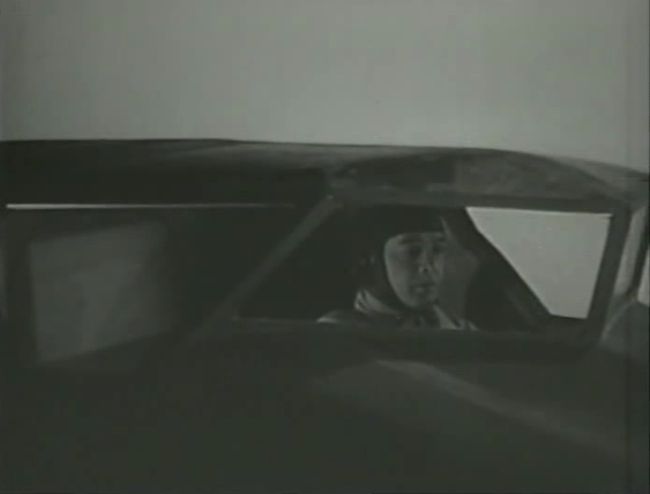 Ken and his flared nostrils of self-righteousness give chase to the trio of baddies. 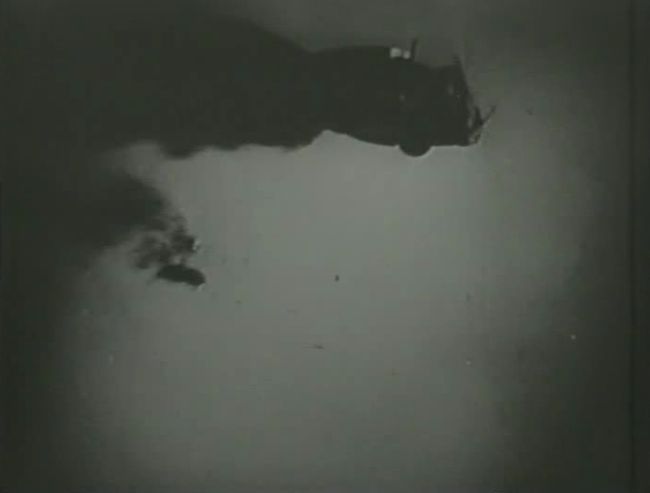 But because the plane is a refurbished number once used by Captain Bob West of The Phantom Creeps, it goes into mechanical failure almost immediately, then crashes into the ocean. I’m not sure what those things falling from the plane are, but I can only assume they’re flares that were used to create smoke, and no one editing this thing thought to not use this footage, because it inadvertently makes Ken look like he’s had a psychotic break which lead him to bomb a few farms on the outside of town. 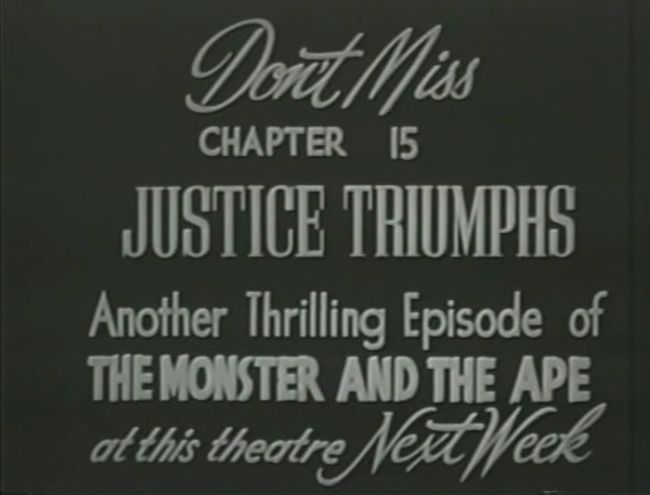 This serial is so inept, it didn’t even bother to change this title card to indicate the next episode is the final episode. And thank the gods that it is.