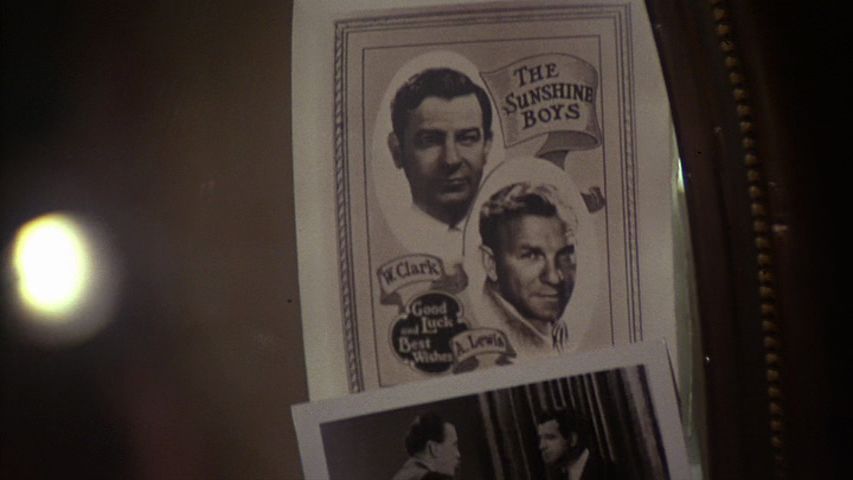 Based on Neil Simon’s Broadway play of the same name, The Sunshine Boys (1975) follows the acrimonious reunion of two former Vaudevillian comedians whose 43-year run as Lewis and Clark — the Sunshine Boys — ended abruptly a decade prior when Clark (George Burns) decided to retire. The cantankerous Lewis (Walter Matthau) is still getting work here and there, thanks to his nephew and agent Ben (Richard Benjamin), but because he doesn’t want to work with Clark ever again, he nearly turns down a chance for money and a second chance at fame when ABC decides to do an extravagant special on the grandfathers of comedy. The characters of Lewis and Clark are based on the long-running comedy duo Smith and Dale, though the hostile relationship was based on real-life tensions between Gallagher and Shean. Ben (just barely) convinces his uncle Lewis to do the show, and the two elderly comedians duke it out in funny, heartwarming but never sappy style. 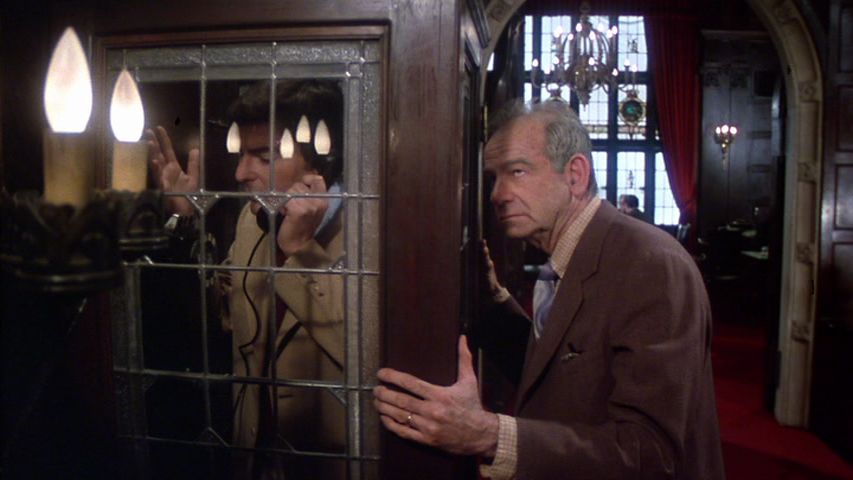 BEN: It’s getting cold out. I’m giving you money, I want you to take a cab.

BEN: Are you listening to me?

WILLY: Cockroach is funny, not if you get ’em, only if you say ’em. 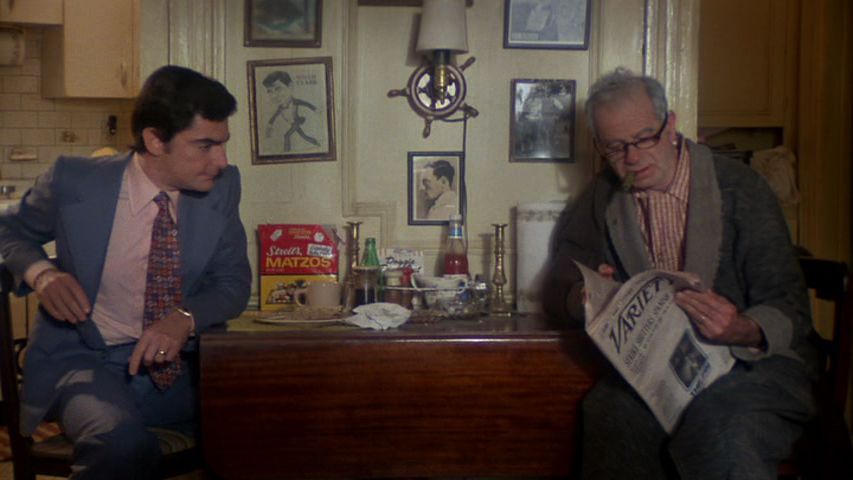 WILLY: How do you like that? Saul Berton died. Eighty-nine years old and he went just like that, from nothing. You know what kind of songs he wrote? Shit. “Lady Lady, Be My Baby.” “Lady” rhymes with “baby!” No wonder he’s dead. 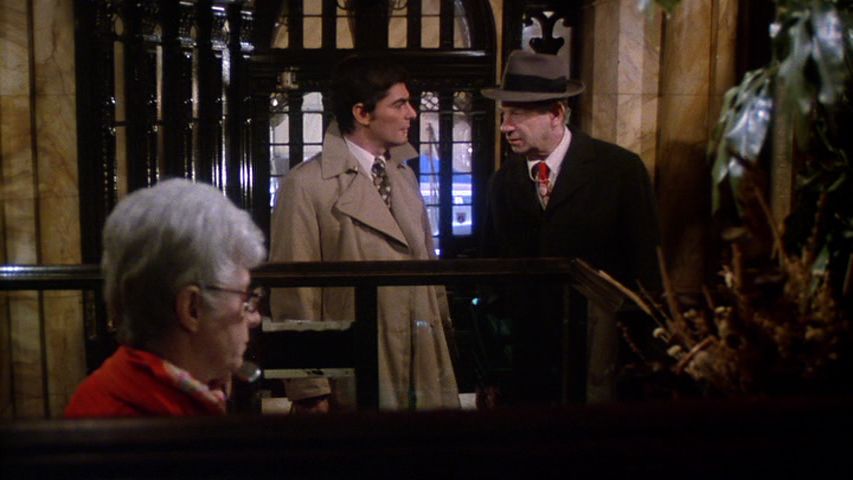 BEN: I was here the night you did the doctor sketch, it was terrific.

WILLY: It wasn’t terrific, it was classic. On the nights we were lousy it was terrific.

BEN: Then why won’t you work with him again, for one night?

WILLY: Because of artistic differences.

WILLY: I hate the son of a bitch, that’s what artistic differences. 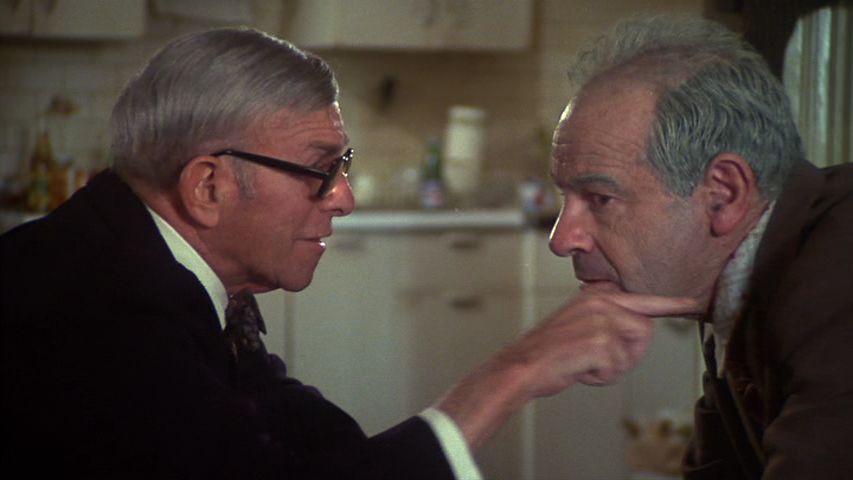 LEWIS: If you say “enter” after I say “knock knock knock,” I’m coming in all right, but not alone. I’m bringing a lawyer with me.

CLARK: From where? From New Jersey? You’re lucky if a cow comes in with you.

LEWIS: Against you in court, I could win with a cow. 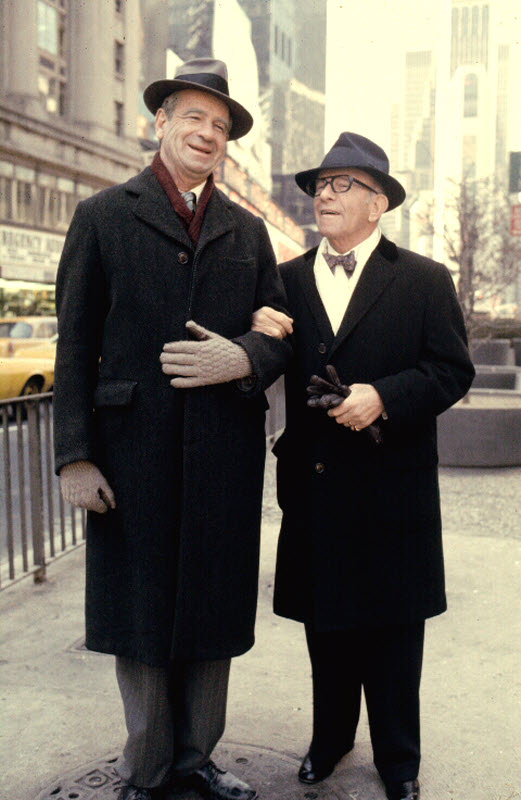 CLARK: I might be crazy, but you know what you are? You’re senile! You know what senile is?

LEWIS: I’m not giving you any straight lines! 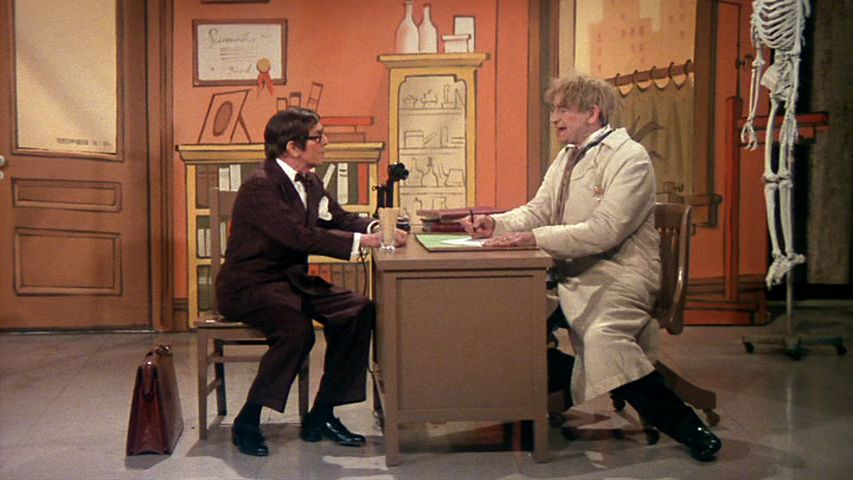 LEWIS: I’m looking for the doctor.
CLARK: Are you sick?
LEWIS: Are you the doctor?
CLARK: Yes.
LEWIS: Then I’m going to be sick 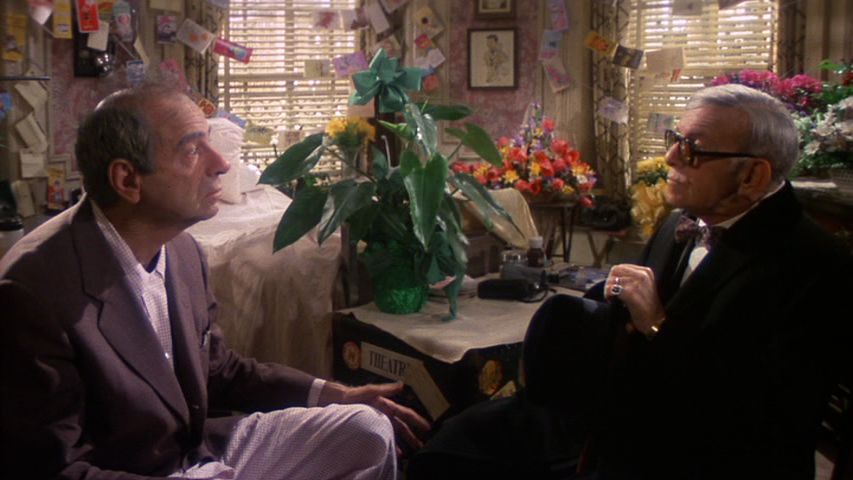 LEWIS: We did comedy on the stage for 43 years, I don’t think you enjoyed it once.
CLARK: If I was there to enjoy it, I would have bought a ticket. 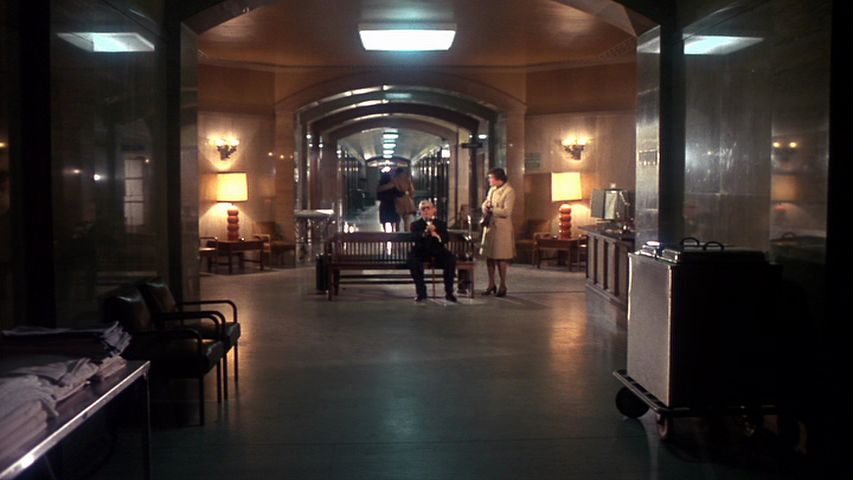 The Sunshine Boys is available again on DVD thanks to Warner Archive. The DVD is the same as the now out-of-print Warner Home Video version, with the same extras and scene selections.