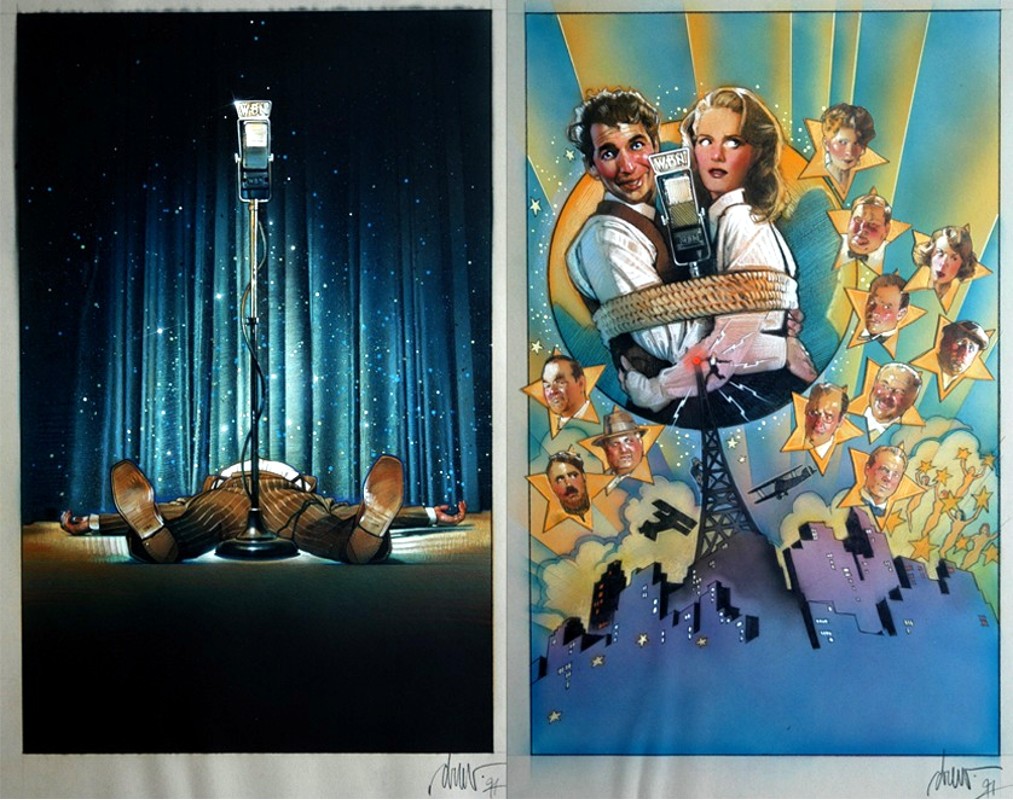 Big Business Before the Code: The ClassicFlix article that I alluded to a couple of Elsewheres ago, about businesses during the pre-Code era, their function as microcosms of society, and the roles of women in business during the Depression.

Over at Spectrum Culture recently:

Criminally Underrated: Radioland Murders (1994): The only real problem with Radioland Murders is it too accurately mimics the musical comedy programmers of the 1930s, up to and including the goofy feel-good ending. My favorite moment: When Bobcat Goldthwait’s character hears radio actors reading from two different scripts at the same time, and genuinely says, “That’s good!” And Brian Benben agrees.

The Girl and Death (2012): A lush but empty 19th Century romance between a romantic (and Romantic) young doctor and a tubercular courtesan.

God’s Pocket (2013): It’s going to take a long time before I can watch a Philip Seymour Hoffman film and not feel like I’ve been punched in the gut.

Whitewash (2013): Dark comedies are all the rage nowadays, as I have just realized while compiling this list of recent reviews. Thomas Haden Church is phenomenal in this odd, chilling and sometimes touching horror story.

And what you might have missed recently here on SBBN:

And I’m currently in the middle of an unofficial Week Of Warner Archives here on SBBN. You can find them by clicking on the Warner Archive tab, and keep checking back over the next several days as more are added.

There are also many interesting things that have nothing to do with me! You should read some of them!

The 2013 Oscars have come and gone, but it’s always a good time to read Raymond Chandler’s “Oscar Night in Hollywood.” I do not know what is going on in the comments, and cannot under any circumstances recommend you read them.

From Farrar, Straus and Giroux’s Work In Progress blog, John Darnielle on John Berryman’s “Tampa Stomp.” I’m an old Modernist at heart, and Berryman’s post-Modernist works, especially his Dream Song elegies, are somehow both important to our current understanding of Modernism and full of genuine sentiment. How he achieved this, I couldn’t tell you. Sorcery, I expect.

There is also David Wojahn’s introduction to Berryman from a 2005 issue of Blackbird. It’s nice. You should read it, if you like words, and words formed into poems.

When I read the comments of this year-old post on Satellite News recently, I saw someone claim they had found the inspiration for the classic Dr. Forrester line, “Push the button, Frank.” That reminded me that many years ago, I had posted something about the same thing on a LiveJournal MST3K group — and if you think I can find the post all these years later, you are sadly mistaken, because LJ is not easily searchable via Google for reasons I do not understand. Anyhow, years ago, I also thought I’d found the inspiration for the line from an old episode of Nova titled “To the Moon.” I’ve edited the transcript a touch to reflect better how it sounds on the episode:

JIM LOVELL: Well, we were talking about what we call the TEI burn, trans earth injection, and of course, we spent 20 hours going around the moon and were all kind of tired. So we’re programming the computer to turn on the engine and get the proper attitude, and as we got around the back side — because this burns starts on the back side, so no one can hear us from the earth — on the computer it comes up a little sign that says, a couple of numbers that essentially says, “Are you really sure that you want to make this maneuver? This is your last chance to make up a decision.” So I said, “Frank, do we really want…” Frank says, “Push the button, push the button!”

Stay tuned for more Warner Archive posts over the next five or so days. Very exciting!