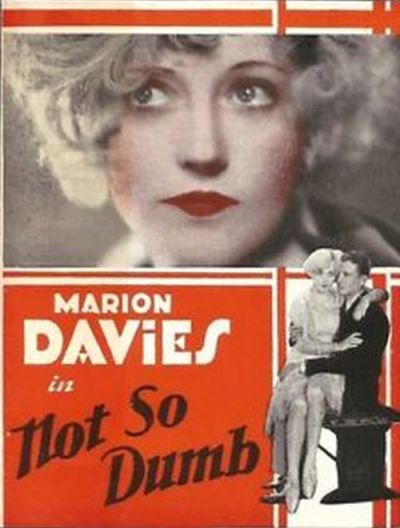 Not So Dumb (1930), one of the first screwball comedies, was Marion Davies’ second sound film and her first full-fledged talking comedy. Davies had just enjoyed two major hits with the silent comedies The Patsy and Show People, both 1928 and both directed by King Vidor. This new film would combine elements of both those films, with concerns about social mobility and a bit of Hollywood parody courtesy Franklin Pangborn as Leach, a high-strung scenarist. Not So Dumb would be Davies’ third and final collaboration with Vidor.

Based on the 1921 stage play Dulcy by George S. Kaufman and Marc Connelly, Not So Dumb follows Dulcy (Davies) as she plans a lovely evening for her fiancé and the rich entrepreneur he hopes to do business with; unfortunately, Dulcy is socially awkward and prone to having a handful of eccentrics swirling around her at any  moment, and the evening of dinner and billiards that she has planned goes quickly and hilariously awry. 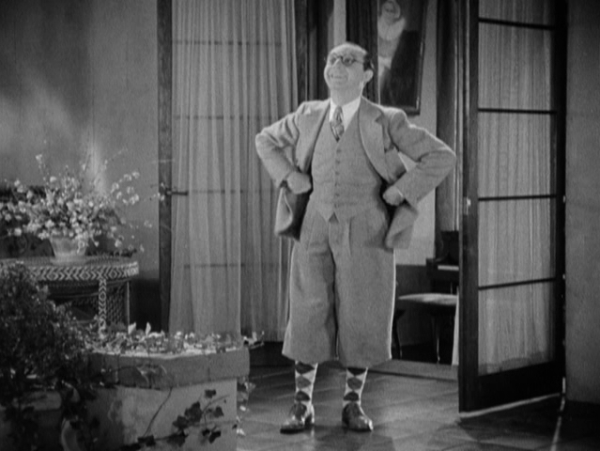 Our scenarist has arrived to the party, ladies and gentlemen. After a lengthy rant about writing for film, Leach turns his attentions to Angela (Sally Starr), prompting Gordon to quip, “By golly, that man even makes love in subtitles!”

With a dizzy and beautiful rich girl, an ex-con butler, silly parlour games and a house full of whackadoos, Not So Dumb is a direct ancestor to the screwball comedies that would become popular in the late 1930s. Dulcy’s jangly bracelets are reminiscent of Mame Dennis’ acting debut and plot points seen in Not So Dumb are used again and again in films like Arsenic and Old Lace, Holiday, The Philadelphia Story, and others. And for those of you who think Gone With the Wind was the first instance of a mainstream film using naughty, naughty swears, note that Mr. Forbes, the cranky businessman, declares, “I don’t care a damn about pictures!” And he doesn’t stop there. 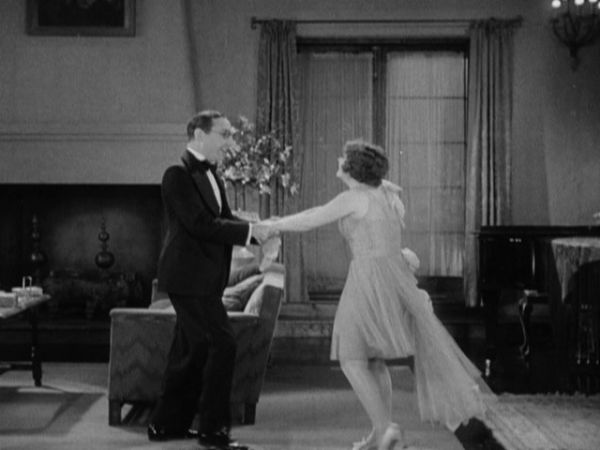 Are the gowns by Adrian? Yes, the gowns are by Adrian! Not So Dumb was filmed during that brief period when sassy knee-length gowns were paired with a floor-length train.

Franklin Pangborn is a real treat in this film, and Elliott Nugent is really pretty good. You know him from the talking version of The Unholy Three, and he’s good there, but he’s better in Not So Dumb. Sally Starr was a passable starlet with a short film career, and seems to have a gift for physical comedy that isn’t used to its full potential here. She was marketed as a Clara Bow lookalike: 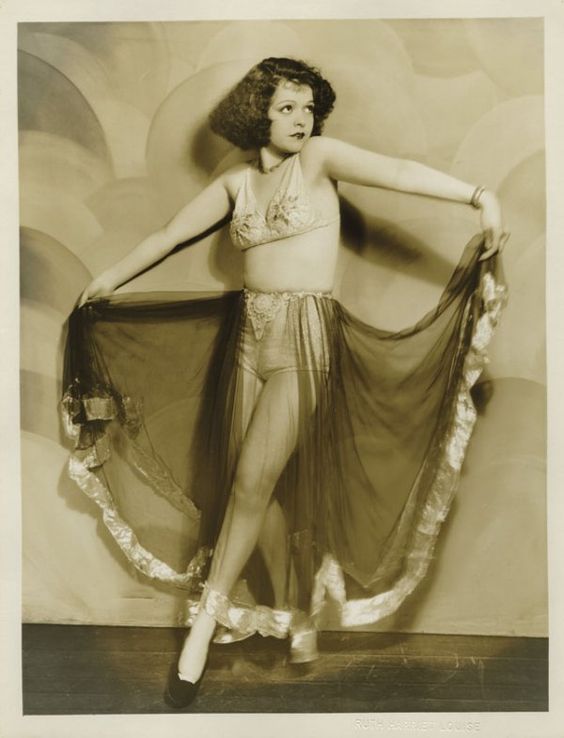 and they weren’t too subtle about it. The publicity for Personality, released just a month after Not So Dumb, referred to her as “a pocket size edition of Clara Bow.”

The real star of the show is Davies, of course, who looks as adorable as ever. 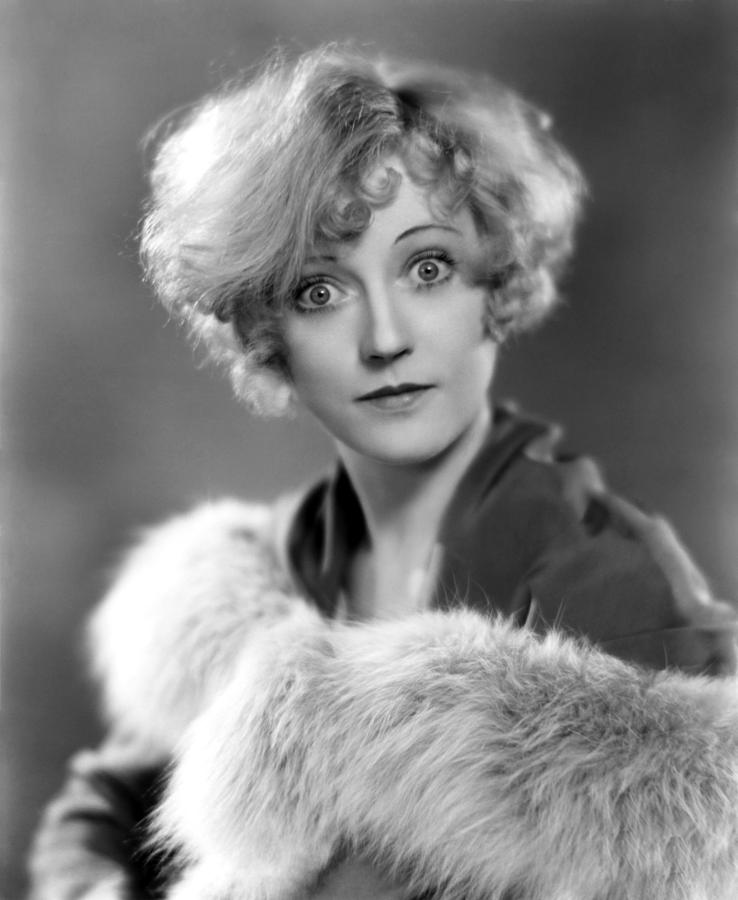 Davies puts in a suitably ditzy turn as the titular character. Dulcy is based on columnist and Algonquin Table alumnus Franklin Pierce Adams’ popular character Dulcinea, a good-hearted but dimwitted dame who frequently uttered silly little things that turned out to be far more intelligent than she realized. A fine example would be this 1923 poem, “Dulcinea Goes in for Verse,” which opens with the now-common saying, “I don’t know much about art / But I know what I like.” With such an early date it’s tempting to believe this popular little bromide began here, but Dulcy, in print and film both, speaks entirely in cliché, and this poem is no exception. (For the completists among us, it should be noted that the phrase itself dates back to at least an 1894 essay in To-Day Magazine titled “In the Gateway of the Royal Academy.”)

With that kind of wordplay associated with the character, one would think that the talking version of Dulcy — a silent version had been filmed in 1923, starring Constance Talmadge — would be an instant success, especially when attached to a solid comedian like Davies. Unfortunately, Not So Dumb floundered at the box office, losing money and reportedly solidifying Davies’ reputation as someone being pushed on the public thanks to her rich boyfriend-slash-benefactor William Randolph Hearst. 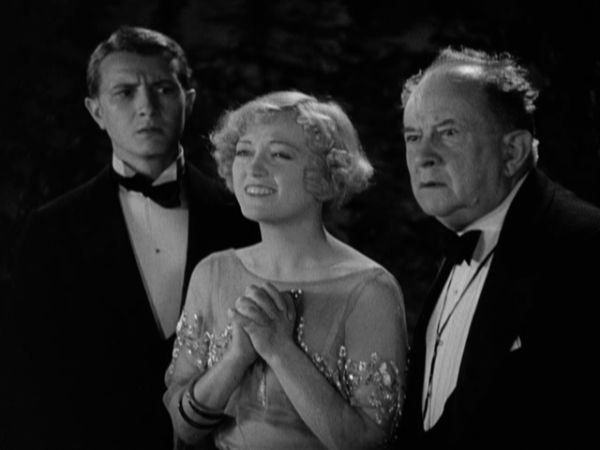 In fact, the few books and articles that mention Not So Dumb either hint at or outright claim that the good reviews the film received upon release were Hearst creations, but I think anyone who watches the film nowadays, so many decades after the “scandalous” nature of the Davies-Hearst relationship, will find more truth in the positive reviews than lies.

Creighton Peet wrote in The New Outlook: “Considering the extreme age of the comic material they are handling Not So Dumb is really unbelievably good. Marion Davies has improved about one hundred per cent since she began exercising her tonsils, and now she is not only pretty but actually quite amusing.” Similarly, The New Yorker was equally impressed: “Marion Davies is absurd and silly and charming all at once… She plays a compulsively tactless young girl who tries to help her fiance swing a business deal and screws everything up. The material has a built-in, harmless-trifle familiarity…”

Life Magazine, however, was less positive, reporting that the very viewing of the film was “unusual” in that it was being screened not “from a seat in a New York motion picture house” but instead “in a theatre in Palm Beach, Florida, where it was shown two weeks before it opened in New York.” It’s their way of pointing out that a lot of last-minute editing had been done to try to improve the picture, which was true, and to Life, somewhat unsuccessful: “…the picture slides up and down at such a rate that the few good laughs are forgotten in the deadly dull stretches between.” 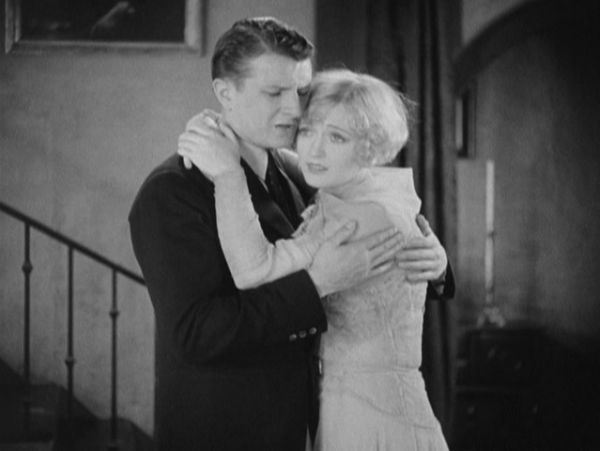 It seems unfair to castigate Not So Dumb for dull stretches when dull stretches affected pretty much every early talkie released in the U.S. from 1927 through 1931 inclusive. Not So Dumb boasts some terrific sound for the era, and is far less creaky than most films of the time, but in 1930, perhaps that wasn’t so obvious.

It’s more likely that Davies’ reputation was on the wane, and reviews and box office reflected that. Donald Ogden Stewart, who would go on to become a highly-regarded screenwriter, was a friend of Davies and Hearst and has his one and only acting role in Not So Dumb. He insisted in an interview in the 1970s [1] that Davies wasn’t a good actress, quite a thing to say considering he not only was her personal friend, but a truly rotten actor in his own right… and I will politely refrain from pointing out that several of the plot points in Not So Dumb appeared in films Stewart would go on to write.

Stewart claimed Davies was only a passable comedienne, but she’s inarguably more than passable in silents, though it’s true she, like so many others, struggled in talkies. (An issue of Focus on Film in 1970 claims Not So Dumb was also released as a silent; I wonder if this is true, and if so, how does Davies’ performance compare to the talking version?) She pauses unnecessarily and occasionally looks at the camera, things she never did in silents. And you know, every time I see someone like Marion Davies look right at the camera during this period, I think about Clara Bow and how she is still, nearly a century later, made fun of for not being able to transition easily to talkies. Almost nobody did. There were a handful of folks like Joan Crawford, Ronald Colman and Ricardo Cortez, but for the most part, the big silent stars faded away or died by the mid 1930s. 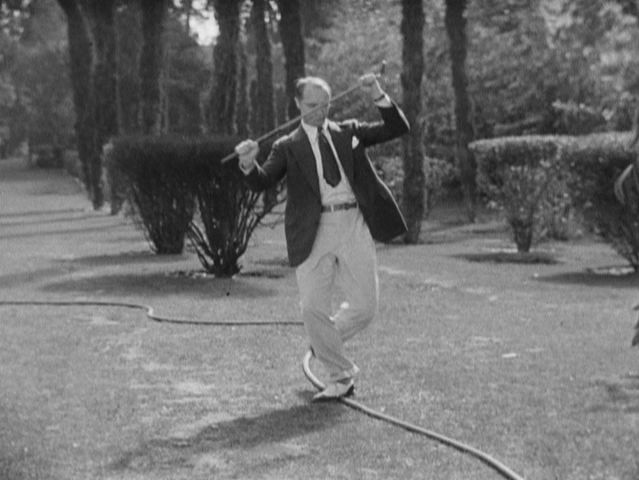 It was impossible to separate the film from all its baggage back in 1930, and though it’s kind of a shame that it’s taken us so long to start appreciating these films for what they are, at least we finally have that opportunity. Not So Dumb is lighthearted and goofy and a lot of fun, and a real treat for fans of early talking pictures.

Not So Dumb has been shown a few times on TCM, and is now out on MOD DVD from Warner Archive. It’s a pretty bare-bones release with the film and trailer, though the print is clean and good with fantastic sound.

–
[1] Backstory: Interviews with Screenwriters of Hollywood’s Golden Age, Patrick McGilligan
[2] For those who like a little pre-Code poster art, here’s a really beat-up copy of a poster for Not So Dumb, where a cartoon Dulcy is sitting with her legs splayed. You can see her pantaloons!