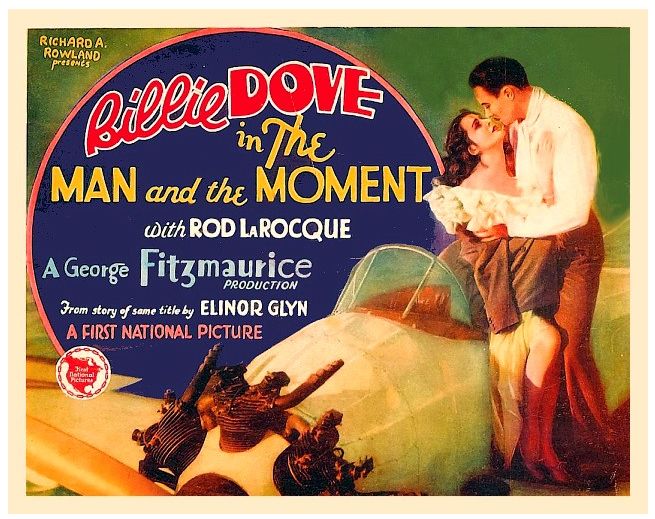 The Man and the Moment (1929) opens with a rousing game of “polo boat,” a very sensible endeavor where men drive their boats around at top speed while women stand on the deck, holding a rope in one hand to steady themselves, and in the other hand, a big stick with which to knock a huge beach ball around. What’s surprising about all this dangerous polo boat stuff is that no one gets hurt until Joan (Billie Dove) crashes her plane into the middle of a game. Michael Towne (Rod La Rocque) rushes to her aid, and though he’s been dallying with married vamp Viola (Gwen Lee), he’s immediately taken with Joan.

I love it when modern slang turns an old movie into something very naughty.

She’s not so taken with him, and besides, her jerk guardian (Charles Sellon in what must be the most thankless role ever committed to film) is about to send her back home to Iowa. But Michael proposes they marry, to save him from having to wed the freshly divorced Viola and to save her from her guardian, and she agrees, as long as it’s a marriage in name only. 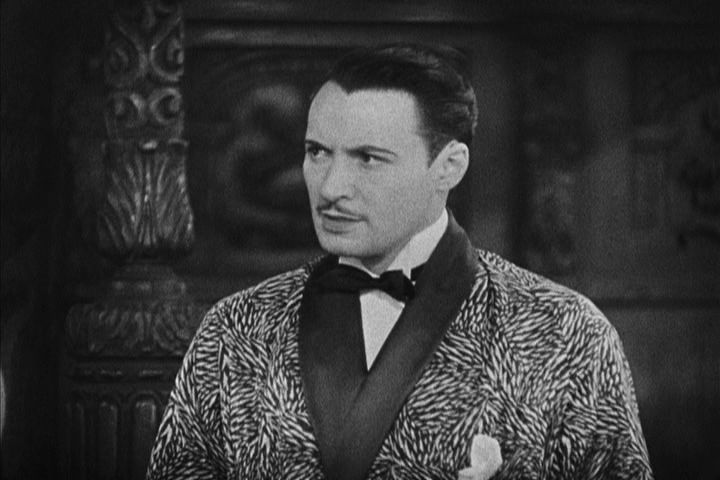 Complications! Michael and Joan actually fall for each other as they begin their honeymoon and spend a lovely night together. But Joan is having none of that love nonsense, and is angry at Michael for not keeping his word about the marriage being only for convenience. She storms off, ends up staying with Viola in a plot twist too silly to even bother recounting, and Michael is desperate to win her back. 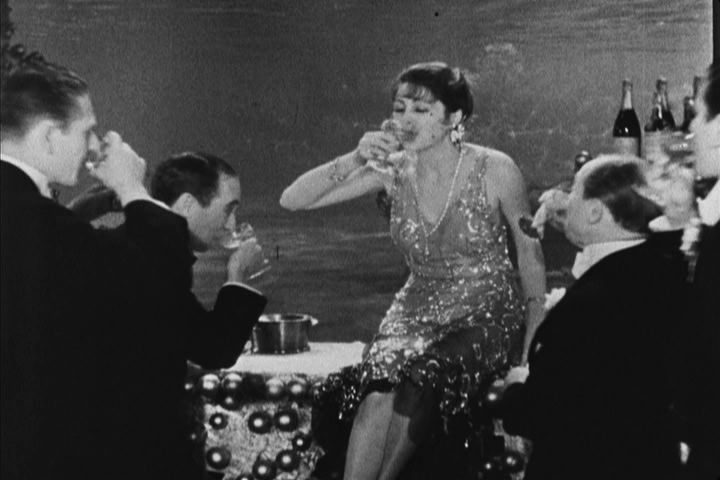 The Man and the Moment was considered lost until just last year, when a 35mm print was found in Italy. The discovered print was the edited-for-silent version, and thus did not sync up nicely with the Vitaphone discs, requiring some work to combine the silent edit with the extant audio. What this means for viewers at home is that there are of areas where the footage that was shot for sound is missing, because it had been essentially “edited out” in the silent version to make room for title cards. What this restoration does is preserve the sound over the title cards, which preserves as much of the film as is available, though does make it seem as though the actors are narrating the film. There aren’t a lot of talking moments in the film, however, as most of the sound is either music or synchronized sound effects.

There has always been a divide between serious (or “serious” or ~~serious~~ which may or may not have enough tildes around it to indicate the full breadth of my sarcasm) criticism and light, fluffy, entertainment criticism, which is why I love local newspaper reviews from the 1920s and 1930s, which can sometimes be little fever dreams of psychedelic critique. Variety reviews come in a close second in this area, and their review for The Man and the Moment, quoted over here at Eastman Museum, does not disappoint:

George Fitzmaurice has diluted the Glyn molasses so that the screen version avoids most of the love licorice and dwells on the comedy situations. Only once does the dialog insinuate in a way, boldly subtle and then repeated until even the janitors know it is the sex relation.

Love licorice! It’s fantastic and terrible. Why would anyone put those two words together for anything other than a practical joke, or possibly an emetic? 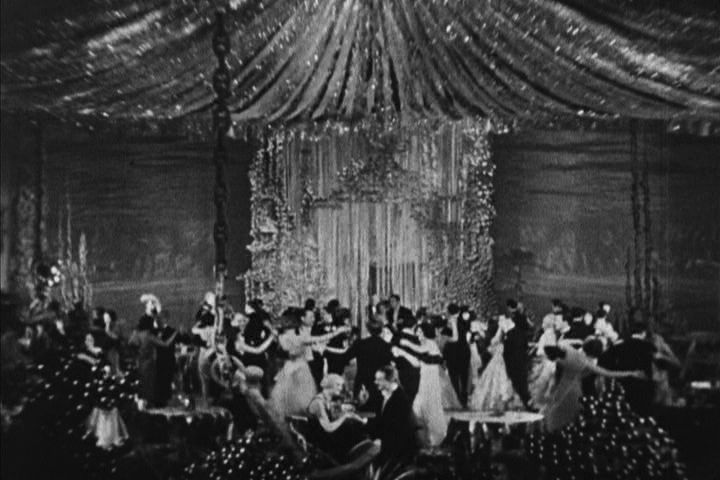 The “Glyn molasses” in that amazing review refers to Elinor Glyn, who wrote the novel on which the film was based. The first filmed version was released in Britain in 1918 and was much more faithful to the novel, which had all sorts of minor royalty and continental intrigue going on in it. This American version falters a bit in its translation by requiring a character like the guardian, while wanting to avoid mentioning that Joan was rich; in the novel, being rich is one of the character’s most notable traits.

The actors, La Rocque especially, are pretty dire in their line readings. If this were a film from 1927 I probably wouldn’t have thought much about it, but in a year with Broadway Melody and The Cocoanuts and The Love Parade, the acting in The Man and the Moment is absolutely baffling. The silent scenes are far more effective, and the synchronized sound, especially during the scandalous lovemaking scene, is very good. 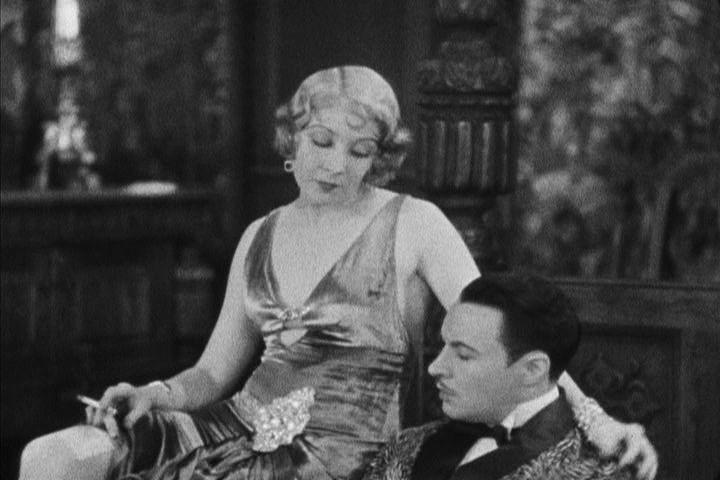 Viola shows Michael an incriminating love letter tucked into her stocking. The vamp music every time Gwen Lee is on the screen is a hoot, by the way.

The big surprise here is that, despite its many flaws, The Man and the Moment is still a lot of fun to watch. Maybe not entirely for the reasons it was meant to be fun — La Rocque channels Franklin Pangborn a lot and I find that charming and fascinating — but at this late date, who’s to quibble? Just being able to watch the film is a fantastic thing, and it’s going to be especially interesting for those wanting another glimpse into the brief moment when sound started really taking down the big names of the silent era.

Warner Archive has released the restored The Man and the Moment on made-on-demand DVD, in a bare-bones transfer that has a lot of grain but is in amazing shape for its status. The sound is good and well controlled, so whether the sound comes from a Vitaphone disc, from a sound receiver that was 20 feet away from the stage, or a mic hidden right next to the actor in a telephone receiver, it’s thankfully all the same volume.