Noted architect Stephen Booker (Martin Sheen), an American living in London with his British wife Dinah (Susannah York), finds himself in desperate need of a job. His desperation is for more than the usual food-and-roof reasons, however: Dinah is on the brink of opening her own business and will be damned if lack of money will stop her, and Stephen’s banker (Robert Morley) is more than a little peeved that Stephen has run up £50,000 in debt over the course of just a few weeks.

Meanwhile, bank robber Mike Daniels (Albert Finney), along with a small and efficient team, embark on the proverbial last big heist, the robbery of an “unbreakable” bank’s safe deposit boxes. Mike has discovered that the bank’s series of high-tech alarms can be defeated thanks to a loophole: if the safe room is breached from inside, the alarms will go off but there will be no sign of entry, fooling the police and giving the robbers most of a weekend to snatch as much money and valuables as they can carry. Mike needs an architect for the job, and the unemployed Stephen is happy to sign on when he thinks it’s a legitimate project, though less happy after discovering it’s really a bank robbery. 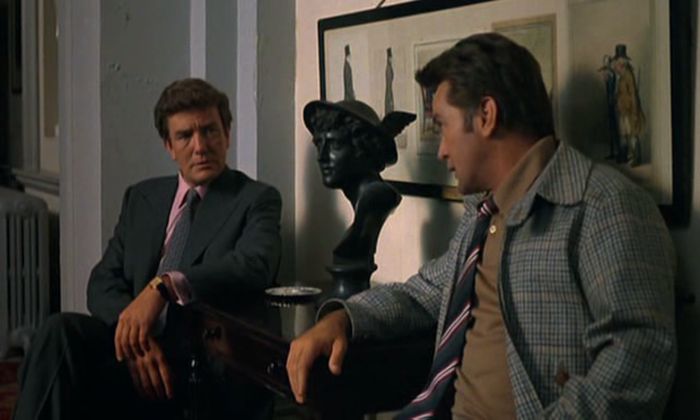 This screen capture and all others in this article are from an earlier DVD release of the film. While the Kino Lorber Blu-ray of Loophole worked perfectly in my two players, my finicky external player for my computer just wouldn’t cooperate. Please see Blu-ray.com’s review for captures from the Blu-ray release — you’ll see the images are much nicer than any previous releases out there.

Based on noted television writer Robert Pollock’s well-received novel Loophole: Or How to Rob a Bank, John Quested’s Loophole (1981, released as Break In in the United States) featured Martin Sheen in one of his first roles after Apocalypse Now, as well as Albert Finney at the beginning of his early-80s comeback. Finney, a major star in the 1960s, went back to the stage in the 1970s and had only two major roles in that decade: Hercule Poirot in the camptastic Murder on the Orient Express (1974), and Fouche in The Duellists (1977). In 1981, Finney started what would become a successful cinematic comeback with Loophole, though several critics at the time bemoaned the fact that he would choose this film as his first, citing its “bland miasma” (NOW! Magazine, UK) and, as our good pal Vincent Canby put it, its “desultory melodrama.” 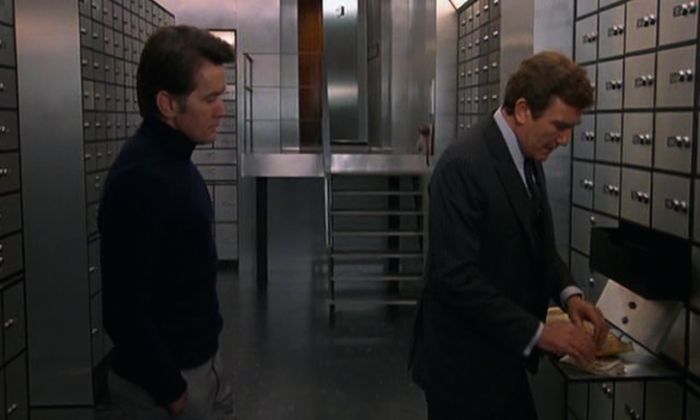 The reviews were mostly unfair, though admittedly, when you look at Finney’s near future — Wolfen, Shoot the Moon, The Dresser — it’s clear that standards were pretty damn high for his films, and in the context of Albert Finney films, Loophole is a trifle. It’s enjoyable, it’s clever, it’s interesting, it’s got a good cast, but it’s not exactly Saturday Night and Sunday Morning. It has more of a television sensibility than a cinematic one, not surprising considering it was based on a novel written by a man who had penned hundreds of television episodes since the 1950s.

Still, Finney’s performance really seals the deal on this one. He’s perfect in the part, he’s committed and convincing and exactly what Loophole needs. Martin Sheen sadly does not fare as well. He’s sturdy and workmanlike, yet drained of every ounce of screen presence and charisma; I spent the entire movie convinced that Joe Estevez would have been infinitely better in the role. Of course, 1981 was a difficult time for Sheen, who was battling alcoholism and still recovering from his Apocalypse Now ordeal, which lead him to turn down any acting roles that involved violence. 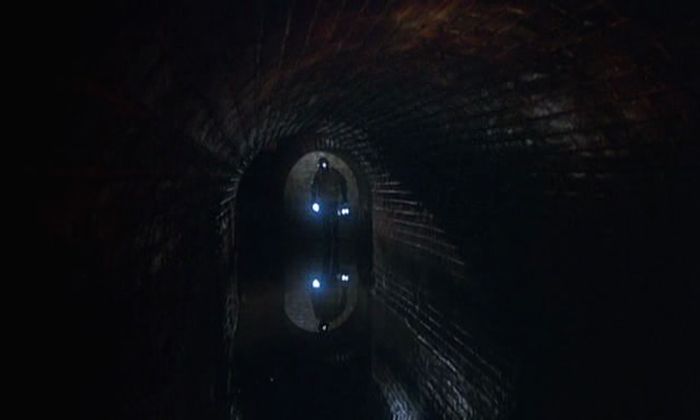 Loophole turns tense as the heist moves into the sewers underneath the bank.

In a lot of ways, the “gentlemanly” Loophole was the perfect movie for both Sheen and Finney, a light, old-fashioned crime caper film that was just unique enough to give them something solid to work with. It has a great cast, of course — besides the three leads, Jonathan Pryce, Colin Blakely, James Grout, Terrence Hardiman and more have small roles — and a slow build to a lengthy and impressive third act set in London’s sewers. Loophole has tension and suspense, but its best moments are subtle ones: wide-eyed silence over a polite afternoon tea, a banker spending the very money he is lending, the ancient love letters floating in sewage after robbers threw these worthless items away.

Kino Lorber has just released Loophole on a nice Blu-ray with much improved video quality over the DVD offerings out there. Bonus material includes audio commentary from director John Quested and moderated by Adam Schartoff, English subtitles, and trailers for several other Kino Lorber Studio Classics features.