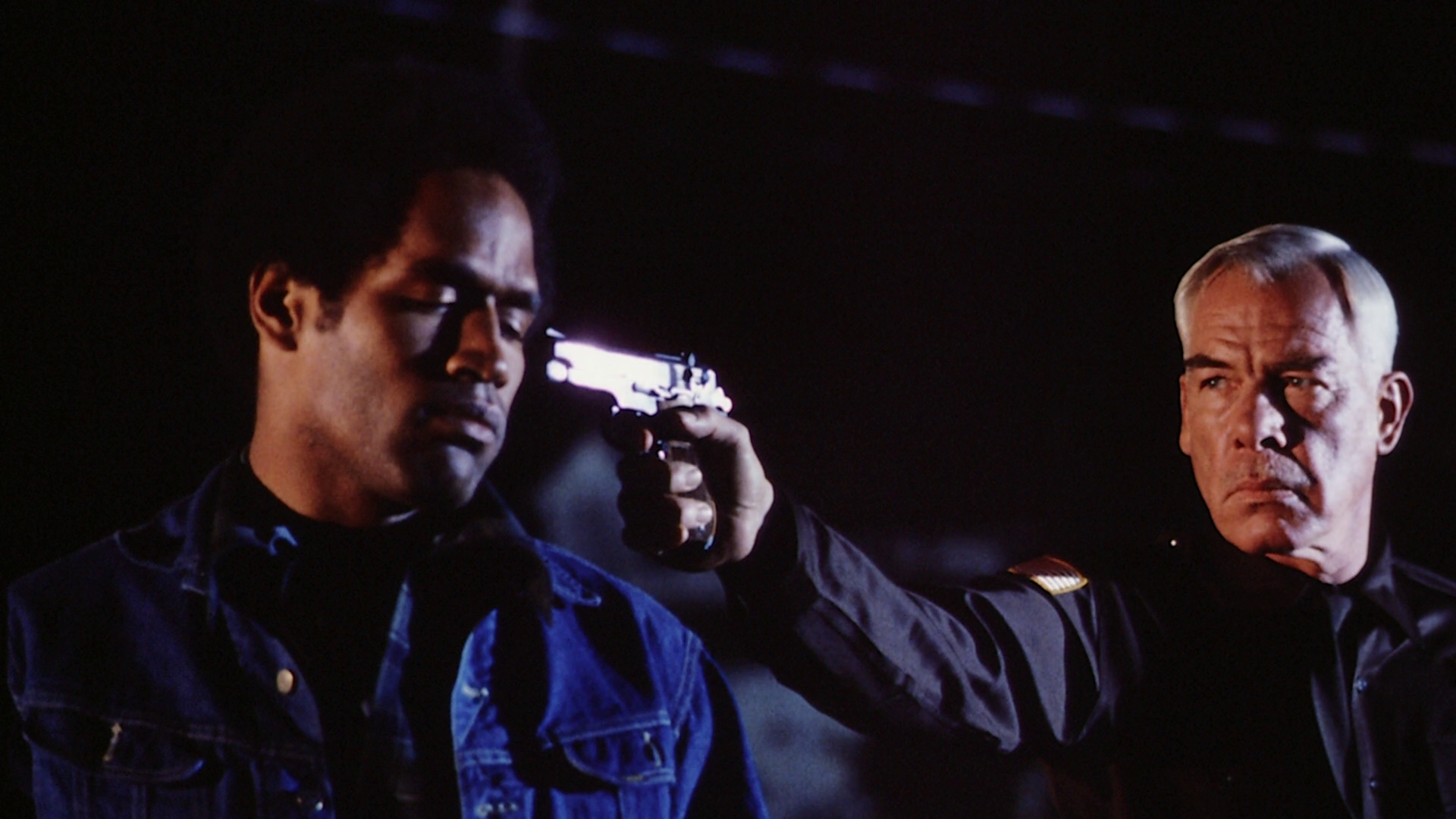 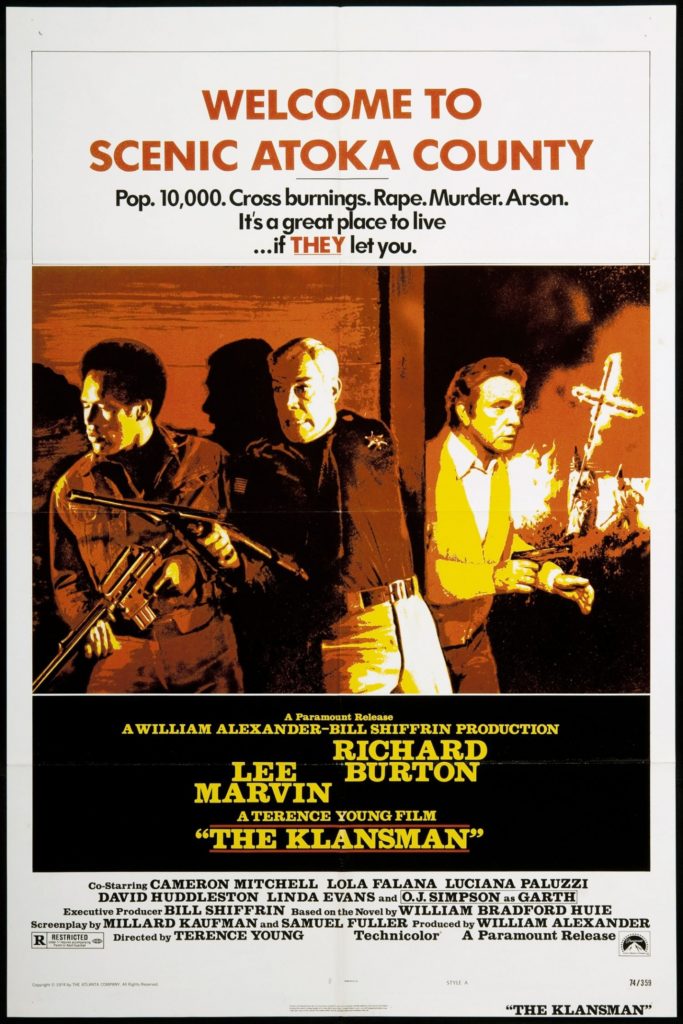 The exploitation anti-classic The Klansman (1974) has a bad reputation, one that is mostly deserved. Available only in the edited-for-TV version for decades, Olive Films has just released the uncut original theatrical version in DVD and Blu-ray. With their release comes the knowledge that about 98.3% of the film’s best parts were cut for television, mainly because of unfathomable nastiness and a few naughty swears, and as such, nearly every review online (save the few reviews from the film’s initial release) are factually wrong. It’s not their fault, of course, but it’s a bit of a problem. Restored, The Klansman sadly does not become a good film, but it does become an interesting one.

The Ku Klux Klan run a small town in the racist American South, keeping the citizens segregated and the black inhabitants oppressed. Their very own Track Bascomb (Lee Marvin) was elected sheriff after joining the Klan, but he proves to be too moderate for their taste. The same goes for the last of a once formerly prosperous family, Breck Stancill (Richard Burton), who despises the Klan and what it stands for. After the rape of a young wife (Linda Evans), the Klan goes after the local pimp (Spence Wil-Dee) who is suspected of the crime, but the sheriff stops them in time. All het up, the Klan attacks two other black men, Garth (O.J. Simpson) and Henry, played an actor who is rather astonishingly uncredited, considering what happens to him: he’s castrated and shot and hanged. 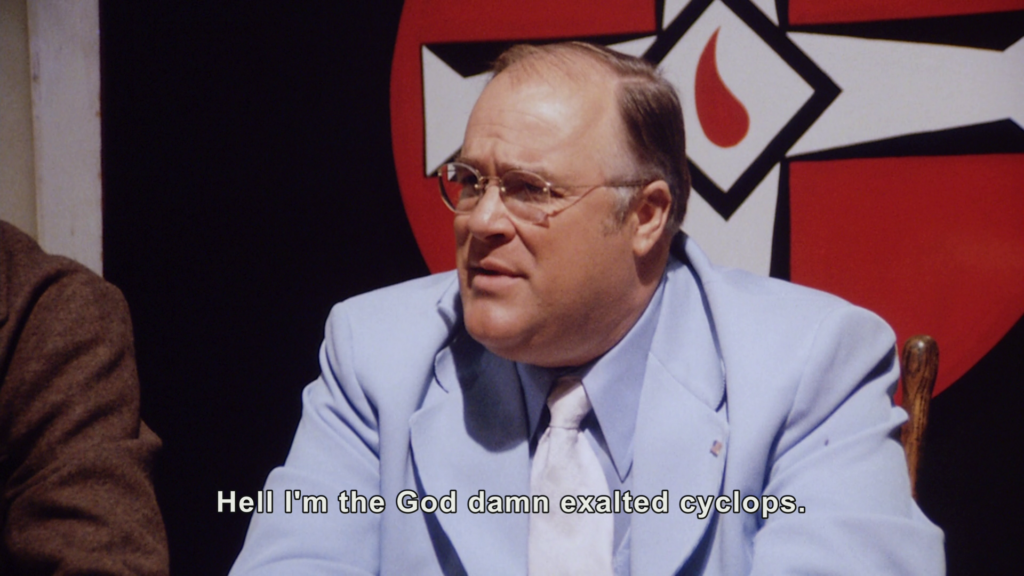 David Huddleston’s line illustrates just how over-the-top the script is. This is straight out of Blazing Saddles, but it’s not supposed to be.

What follows is a lot of racial strife, though it’s not the kind of racial strife you’re expecting, I’m sure. There are a lot of bloody rapes and murders and fires and guns going off, and people say the kind of things that are hard to take even when they’re being held up as unconscionable. There are reviews and comments online about the film that refer to it as “grotesque,” and though it pains me to say it, they’re right. It is grotesque. The atrocities shown in the film are accurate to a fault, yet are presented en masse and in such rapid-fire fashion that any emotional or philosophical impact they might have had is lost. There’s no time to process what you’ve just seen beyond an initial reaction. The result resembles one of those overheated soap operas from earlier decades, films like The Carpetbaggers or Susan Slade or Imitation of Life, and trivializes important social and cultural issues just like any other lurid potboiler. 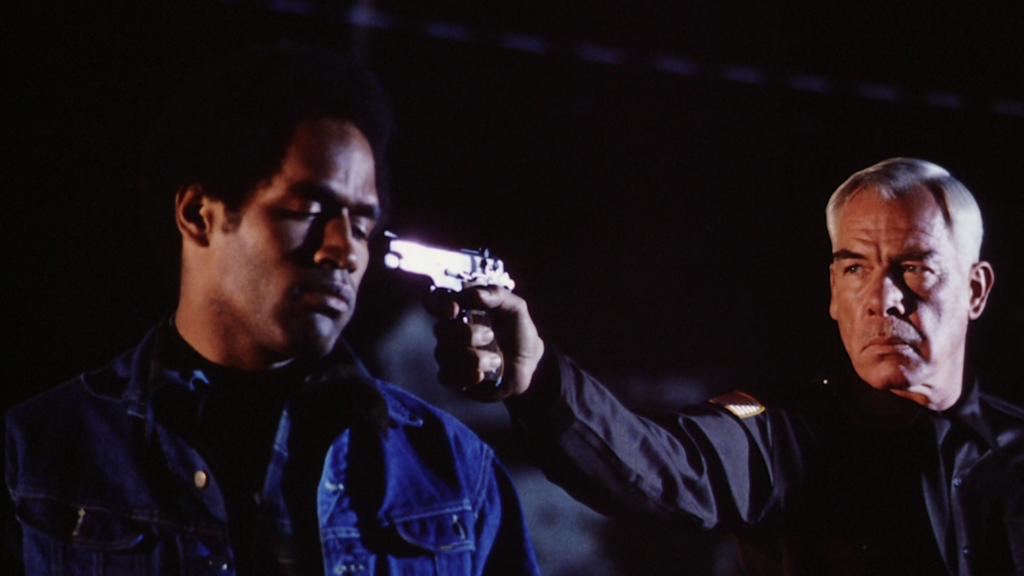 The recent (and very fine) documentary O.J.: Made in America posits that Simpson worked to establish an identity for himself that basically removed his race from the equation. To illustrate this, they show Simpson avoiding politics or speaking about civil rights, and choosing film and TV roles that either avoided the issue of race or, on occasion, harkened back to older, racist films. Yet the character he plays here in The Klansman is entirely political, a radical anti-racist who quite honestly is the most sensible person there is, and who very rightly calls out the moderate white men who are supposedly the heroes. Clearly, Simpson did not avoid race altogether when it came to his early film roles, though if he chose to avoid it after this, one could hardly blame him. The Klansman was not well received.

It doesn’t help that someone somewhere along the line decided to try to present the so-called “both sides” of the story, and included some particularly nasty leftist stereotypes to show that, even when wrong, Bascomb and Stancill, the two white men at the center of the story, were the most sane and logical people involved. They aren’t, of course, and as if to really hit home just how disjointed the script is, Garth issues a scathing and accurate assessment of Stancill’s allegedly anti-racist views, but then the film goes right back to painting Stancill as a savior. The whole thing is very much like Cabin in the Cotton, a film from over four decades prior, which also meant well — inasmuch as a film can ever really mean well — and tried to present the so-called “both sides” of a situation, but which ended up being far more offensive than effective.

And just like Cabin in the Cotton, The Klansman is not a wholly bad film. Lola Falana is quite good — too good for the film is possibly more accurate — and Lee Marvin understands what the film was going for so well he almost single-handedly turns The Klansman from dumpster fire to decent film. Burton is drunk as a skunk but not as bad as the legends claim, and by that I mean there are only about three scenes where he’s obviously seated or laying down because he’s too intoxicated to stand. So, you know. It’s all relative. 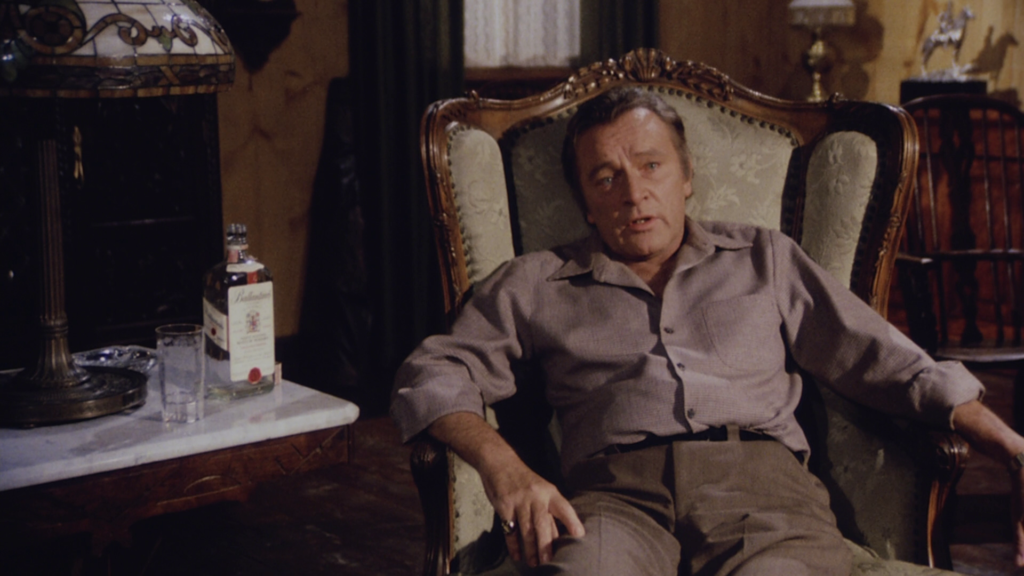 The Klansman became infamous amongst cinephiles because of what happened behind the scenes; namely, the huge brawls reported between Burton and his then-wife Elizabeth Taylor. It’s fair to say they were in a toxic relationship, and his cheating and drinking didn’t exactly help. Also toxic was the atmosphere on the film, which was so contentious that Sam Fuller, who wrote an early draft of the script, demanded his name be removed from the credits, but he was left on, apparently out of spite. Also, it’s trash. It just is, and there’s no way around that. But now it’s uncensored, restored trash, and a must for 1970s exploitation aficionados.