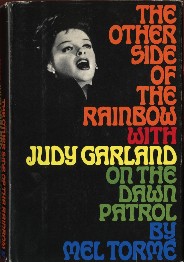 The Other Side of the Rainbow With Judy Garland on the Dawn Patrol by Mel Tormé is an account of his time as composer and musical adviser on the 1963 television series “The Judy Garland Show”. The book, published just one year after Garland’s death, has become rather infamous for its catty tone and inaccurate portrayal of the show and the star.

I recently bought and read the original 1970 printing of the book (as pictured) after hearing how horrible Tormé was to Garland. Perhaps in 1970, this book was the height of tastelessness, but here in the super-futuristic year of 2007, one hardly blinks an eye. There’s nothing he says about Judy that we haven’t already heard a dozen times over.

That said, Tormé’s self-serving faux innocence is immediately apparent. A full two chapters are devoted to Tormé fussing about whether he’ll take the job on “The Judy Garland Show” or not. He discusses it with his manager constantly, and even after learning the show is a huge media event and prestige piece for CBS, he still thinks the show will hurt his career. Tormé, who misses no opportunity to beat his own drum, says he’s in a bit of a career slump because of that darned “three-chord” rock and roll. He approaches publishers with his songs, but they all sadly turn him away, telling him, “Your songs are good, Mel. Too good.”

I assure you I am not making this up.

Tormé’s naive, clutch-the-pearls-in-surprise attitude permeates his every memory, and is generally used to slip in some backhanded snarkery. Unfortunately, Tormé is not very subtle. For example, he tells us about the first time he saw Garland in person, in the mid-1940s, where he saw her sit alone in the middle of a huge teen party; even though she was in her twenties and married, she played younger roles so convincingly that Hollywood continued to invite her to parties held for bobby soxers, while she was never invited to adult parties. “Perhaps they were all in awe of her,” is what Tormé says, but the insinuation is clear: Garland was a misfit.

It’s obvious from the tone of the book that The Other Side of the Rainbow is as much about Tormé as it is about Garland or “The Judy Garland Show”, and that explains much of the inaccuracy; as one of Tormé’s co-workers on the show is occasionally quoted as saying, “as a historian Mel Tormé is a great singer.” Tormé insisted that many songs and performances on the show were terrible, so terrible they probably shouldn’t have aired. Everyone involved in the show was depressed after these performances, he said. However, the show is now available on DVD, and in reviews of the DVD set I see no comments about hideous performances. One particular performance that upset Tormé happened after the entire crew had been partying — what Tormé fails to mention, though, is that they were celebrating his birthday. He claims rehearsal footage had to be substituted for the actual shooting, because Garland was too drunk. However, Scott Schecter, the author of the liner notes for the DVD set, has seen the footage from the actual shoot, and says it’s “perfectly presentable.” I hope the cut footage is available on one of the DVD releases. 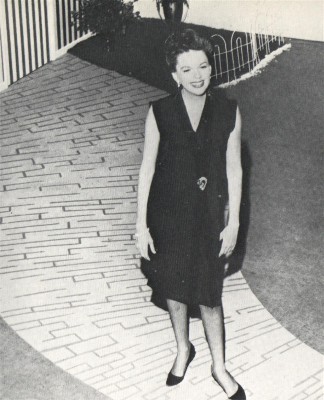 Many who have read Coyne Steven Sanders’ book Rainbow’s End, also about the making of “The Judy Garland Show”, feel it’s a much more accurate recollection of what happened behind the scenes. Scott Schecter speculates Tormé was bitter after being fired from the show (as was almost everyone else who worked on the show) and this bitterness motivated the book.

“The Judy Garland Show” was only on for one season. It was praised by critics and fans alike, won 4 Emmy awards, and the pilot episode beat NBC’s powerhouse show “Bonanza” in ratings. The remaining episodes of the show did not, however, and the ratings were uneven throughout the entire series. When the show went to an almost all-Judy format for the last few episodes, the ratings climbed, possibly because of Garland’s highly publicized rendition of “Battle Hymn of the Republic” sung in response to the assassination of President Kennedy.

The ratings weren’t the only uneven thing about the show. Garland had well-documented lapses of interest and confidence in the show, often not rehearsing until the day of shooting. The show also went through three producers, the first of which was George Schlatter (pictured).

So what is “The Dawn Patrol,” anyway? According to Mel, it’s what Schlatter 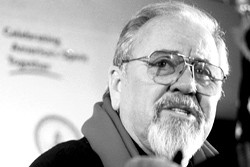 called the small group of people Garland phoned for help during lonely late night hours. As the show progressed, Judy needed reassuring, usually at 4:00 in the morning. She’d called Schlatter (or whoever was in the “Dawn Patrol”) and demand they come to her house. It’s clear that Judy didn’t want people to know about her habit of needing help, and she certainly didn’t know people were gossiping about it behind her back, using cutesy little phrases like “Dawn Patrol.”

What’s interesting, though, is despite the title of the book, Judy only called Tormé once. It was a memorable once, however. Judy was afraid of her ex-husband, Sid Luft, and thought he was coming to her house that night. She asked Tormé to come be with her, then asked him to take her to his house for safety. (Tormé defends Luft several times during the book, although Luft was reportedly responsible for some of Garland’s financial problems and career problems. It’s very possible Mel didn’t know any of this, however, so I’m willing to cut him some slack on the issue.)

While at Tormé’s house, Garland apparently took a handful of sleeping pills, causing Tormé and his wife to call their doctor in a panic. Their doctor claimed to have been Garland’s doctor for a while, and he reassured them that she ate sleeping pills “like Cracker Jacks”. Later that morning Garland was in a state, hysterically calling for her boyfriend, actor Glenn Ford, so Tormé telephoned all over looking for him. Ford suddenly shows up, threatens Tormé and his wife for “harming” Judy, and carries Garland out of the house.

Garland arrived for the show taping that day a few hours later, looking completely refreshed and in good spirits. Tormé claimed George Schlatter was the only person involved in the show who believed the story, because once Judy showed up obviously sober and functional, everyone else thought Tormé was exaggerating about his night on the Dawn Patrol. 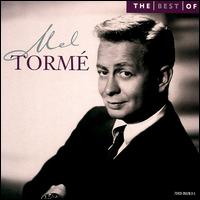 Maybe he was. Let me step back for a moment: you must understand that nearly everything in this book is designed to prove Mel Tormé is good. A good father, husband, songwriter, performer, whatever, he needs you to know how good he is. Because of that need, we’re treated to dozens of complaints about his wife “Snow White”. “Snow White” is actually Arlene Miles, a model and his second wife. Tormé spends a lot of pages being very, very bitter about Arlene and his marriage, all the while portraying himself as a saint who is unfairly asked to put up with Arlene’s shrewishness. Arlene and Mel divorced in 1965 on the grounds of “mutual cruelty”, but Tormé never mentions that. It’s clear Tormé is on the defensive throughout the book, trying to correct misconceptions and right wrongs and clear his name. It’s a tacky thing to do, considering he’s using the recently-deceased Garland and her reputation for his own self-serving ends. It should be noted that the Garland estate sued Tormé after the book was published, but the suit was unsuccessful.

So we know Mel had an axe to grind. Maybe that’s why he barely mentions the Christmas special. Judy sings “The Christmas Song (Chestnuts Roasting on an Open Fire)” with Tormé, who wrote the song years earlier for Nat King Cole; Judy screwed up a lyric during the performance and Mel snarks, “Close!” When she replaces “reindeer” with “rainbow” a few lines later, Mel shakes his head broadly. One word: rude. [1]

Mel also had an ego to serve. He mentions several times that Lorna Luft, who at the time was only 11 years old, had a huge crush on him. Almost every example of conversations with Judy that Mel recalls focus on her trying to play mind games with him, games which he, of course, always won. Tormé even complains that Frank Sinatra, who was with Garland in the audience at one of Mel’s concerts, didn’t appreciate him enough. He goes on to say Sinatra was in a foul mood and got into a fistfight after the show, as though that explains Sinatra’s lack of taste. 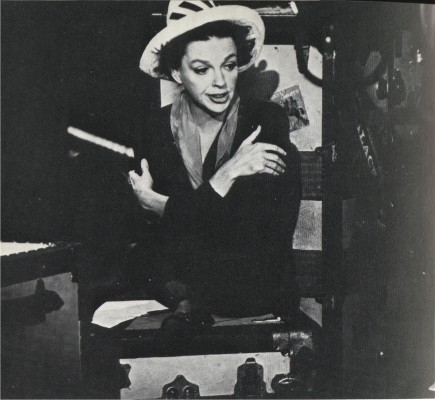 It’s no secret that Garland had personal problems which affected her performances and reliability. For example, after a terrific performance in Sydney, Australia, a director called Judy a “jerk”. It made her insecure and upset for the rest of the Australian tour, and until she went back to London a few weeks later, she either skipped performances or did poorly when on stage.

Garland’s battle with mental illness is also not in question. She fought drug dependence, depression, and paranoid anxiety her entire life. She attempted suicide several times, most notably in 1950 by cutting her throat, but also in the 1960s just days after her sister Suzy Gumm deliberately overdosed. Tormé makes it clear that he thinks people involved in the show spent too much time catering to Judy’s whims. That’s not how most others saw it, though. Since Garland’s death it’s been noted that many people willingly tried to help Garland with her serious drug and depression problems; the members of the Dawn Patrol often recall that they legitimately cared about her. Producers of “The Judy Garland Show” allegedly hired a doctor specifically to control Judy’s drug habit, in an effort to make sure she wouldn’t take too many pills. Not everyone agreed with Tormé’s assessment of Garland as an undeserving leech.

I came away from this book feeling like I needed a good shower. Tormé was always best known to me as the guy who wrote “The Christmas Song”, and Judge Harry Stone’s favorite singer on “Night Court”. Don’t look at me like that. Anyway, I’d never encountered Tormé’s needy, bitchy side before, so this was quite a shock. Nothing he said about Garland was particularly scandalous, but what he said about himself was deeply revealing. 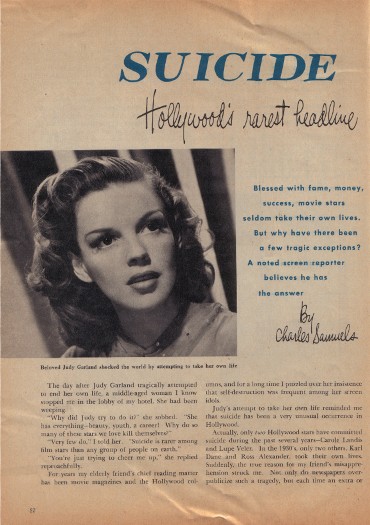 Thanks to amy_jeanne at LiveJournal for the Judy Garland article scan. The article appeared in the October, 1950 issue of “Motion Picture”.

[1] This paragraph edited 9/7/08. Originally this paragraph about the missed lyric said Mel quite broadly rolls his eyes at the mistake. Later he slips in the word ‘rainbow’ for ‘reindeer’, to continue the ‘joke’.” A rather upset little anonymous proclaimed me a horrible liar, saying they’d watched this scene and what I said was untrue and I was clearly biased.

All information in this entry came from the book itself and a few websites. I hadn’t watched the show since about 1999 when it was on Nick at Nite, thus, it wasn’t a source for this post. I don’t honestly remember where I read that Torme rolled his eyes or sang “rainbow”. It may have been from a webpage, although I really thought it was from Torme’s book, as I recall the word “joke” being a direct quote. However, since I didn’t have the time or inclination to go through the whole wretched book again, I found a clip of the song on YouTube here.

Torme doesn’t roll his eyes when Garland flubs the line, he snickers and says “Close!” His eyes are rolled toward the ceiling through much of the song, which I suppose could look like eye rolling. Garland herself sings “rainbow” and as she does Mel drops his head down, shakes his head broadly, and does another chuckle that, to my ears, sounds as though he’s thinking “unbelievable!”

I stand by my assertion that he comes across as rude in the clip. You can watch it and judge for yourself.