Bette Davis attended John Murray Anderson‘s acting school in her early 20s and hit Broadway in 1929 at the ripe old age of 21, where she was quickly discovered by Universal. The studio realized it had no idea what to do with her, however, and after a few films did not renew her contract. “The Bad Sister” in 1931 was her first film, and she plays the supporting female lead to Sidney Fox,the bad sister of the title.

This is Bette’s first film, so of course I had to see it, but you have no idea how hard it is to find. Well, actually, a lot of you probably do. But the copy I had was seriously stinky, thus there is only one screencap. Sorry. As you can see, the film had French subtitles which were more interesting than the film.

Like 99.44% of all early talkies, this film was an adaptation of a stage play, which means it moves at a glacial pace and has almost no set changes. The story of the world’s most irritating family and the trials it goes through because of the “bad sister” is a real snooze. Mom dotes on Marianne (Sidney Fox) with apparently no knowledge that the girl is spoiled. Look, Marianne has 6 large portraits of herself above her bed — clue in, moms. The maid (Zasu Pitts) knows Marianne is a spoiled little twit, but because she’s always Zasuing around — Zasu Pitts does nothing but Zasu around in every film — no one takes notice of her. Dad is a pushover, sister Laura (Bette Davis) is meek and bland, and little brother Hedrick is a damned brat. Look at this screencap and tell me you don’t want to smack his bratty little behind.

Oh, and that’s Bette in the back left. She looks pretty bad in this film, partly because she’s all dowdied up, but partly because, in 1931, stars weren’t just born, they were made. Not only did her acting improve but her hair, nose, figure, and fashion all went through quite a change in the next couple of years, and by “Waterloo Bridge” a few months later, she’s the Bette we know and love. (The screencap makes it look like Bette has a Doonesbury nose, but she doesn’t. It’s still not the same nose she has a few months later, and whether her later look was achived by makeup, those prosthetic things like Judy Garland wore, or surgery, I don’t know.)

Marianne is dating Dr. Dick (Conrad Nagel), but runs into a handsome stranger Valentine Corliss (Humphrey Bogart, who also hasn’t quite learned how to act yet) while on a date. Like the tramp she is, she dumps Dick for Corliss by pretending to know who Corliss is, all because Corliss has a car and Dick doesn’t have his with him. 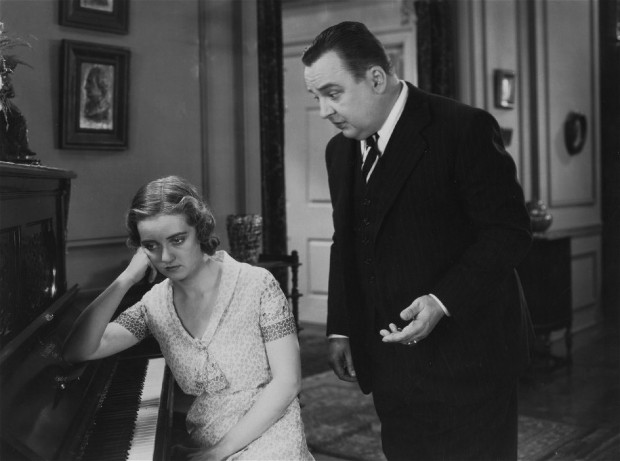 Laura (Bette Davis) mopes around because even Wade (Bert Roach) likes Marianne better than her.

Corliss returns to Marianne’s house a few days later for family dinner, and promises Dad and his business associates that he’s building a huge company in their growing town and gets them to invest in it. Meanwhile, the obligatory love triangle brews when Laura loves Dr. Dick but he’s hopelessly in love with the selfish Marianne, who herself is in lust with Corliss.

Dr. Dick is really a wet blanket in this film. Nagel wears so much makeup that I quite seriously considered naming my new personal blog “Conrad Nagel Needs More Makeup”. Also, when addressing Dr. Dick, everyone in the family has to say his name in every sentence uttered. The dialogue is ridiculous: “Dick, have you seen Marianne?” “Why didn’t she with you, Dick?” “Well, Dick, shouldn’t you go look for her?” “Is there a problem, Dick?” Just Dick Dick Dick Dick Dick.

Marianne is a slut, and we know this because she wears lace undies. Scandalous! I wish I could have gotten a screencap of the laundry scene where Laura is hanging up underwear. Hedrick asks why Laura wears plain old cotton granny undies, and this is made funnier by the fact that the granny pants she hangs on the laundry line are huge! You could fit 3 Bettes into one pair of those granny thunderpants. Best part of the movie.

Everything goes to hell when the eldest sister (an uncredited Grace Cunard) and her husband move in, but the sister soon dies. Dad becomes seriously ill, Corliss turns out to be a scam artist — and in no way am I spoiling this for you, it’s so painfully, terribly obvious that you’re embarrassed for the whole cast that they have to pretend they believe him. Marianne helped Corliss in the scam (and in other things if you know what I mean and I think you do), and Dr. Dick discovers Laura loves him. Yes, it’s an action-packed 60-odd minutes, and the resolution to all this nonsense is as trite as you imagine.

Bette has so little to do in this film. All she does is mope around about not being as pretty and loved as Marianne. Which, honestly, Marianne is not exactly a gorgeous flapper, so it’s got to sting that everyone wants Marianne and thinks of Laura as their consolation prize. Bette does show a lot of promise in this film, though one gets the feeling that she was almost set up to lose by being given such a bland, thankless role. 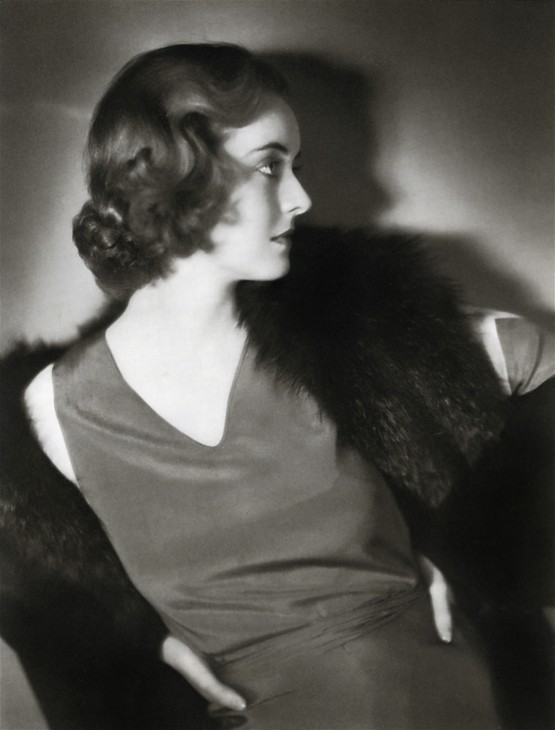