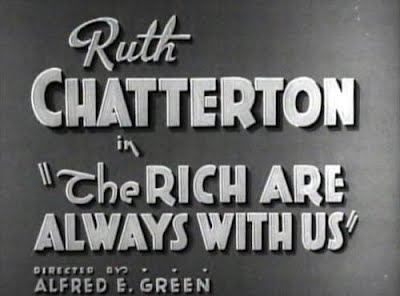 Ruth Chatterton is Caroline Grannard, the daughter of a fabulously wealthy tycoon and wife of handsome businessman Greg (John Miljan). Caroline often lunches with Julian Tierney (George Brent), a handsome journalist who is in love with her, but while she enjoys his company she makes certain he knows she’s not interested in an affair.

Tierney has been living an adventurous life traveling in China and writing articles. In 1932, China was ostensibly under the control of the Kuomintang government led by Chiang Kai-Shek, although many areas of China were ruled by warlords and some were under the rule of Mao Zedong’s Soviet forces. Chiang Kai-Shek sensed threat from Mao Zedong and began a series of Encirclement Campaigns against Zedong’s forces which lasted until the mid-1930s. It’s likely Julian was in China to cover some of these campaigns, although it’s never explicitly said.

Things at lunch are immediately complicated by pretty, flighty Malbro (Bette), who is obviously in love with Julian while he cannot stand her at all. Elsewhere in the same restaurant are Caroline’s husband Greg and young blonde Allison (Adrienne Dore), and Caroline is immediately suspicious that they’re having an affair. 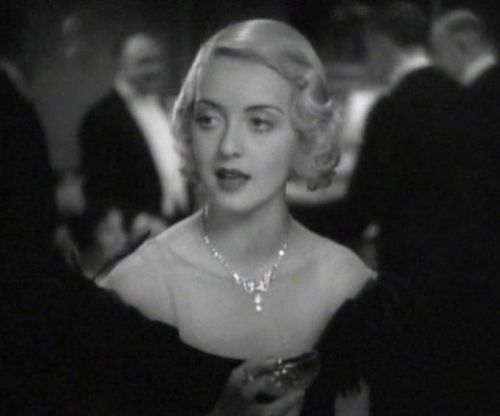 Later at one of those decadent early-30s parties the rich always give in Hollywood films, a party where Caroline has hired a professional (and formerly convicted) con artist and gambler to gamble against the rich guests for sport, Caroline is confronted by Allison. Allison insists Greg divorce Caroline so she can marry Greg instead. Caroline reminds them that the money is all hers, Greg isn’t wealthy in his own right, but they allegedly don’t care. Caroline leaves for Paris to divorce, despite Julian wanting her to stay so they can have a relationship now that the pesky husband is out of the way. 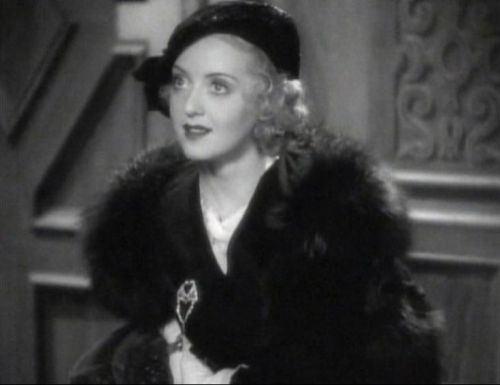 While waiting for Caroline to come back (although he does visit her in Paris once) Julian takes up with Malbro out of boredom, I guess. He basically leads her on but it’s all excused at the end by framing the relationship as a chance for Julian to make Malbro less flighty, silly, and jealous of Caroline.

And now we break for some fabulous art deconess, courtesy of Caroline’s apartment: 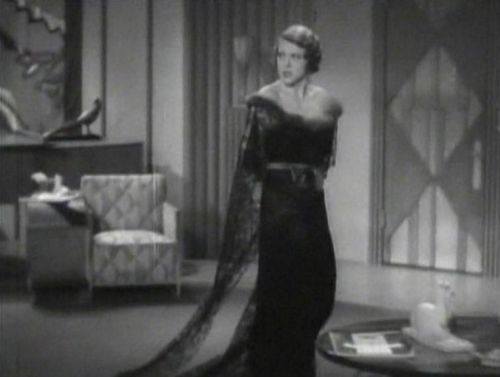 At a weekend get together after Caroline returns home, Julian dumps Malbro and takes up with Caroline. Allison, now married to Greg and expecting a child, discovers Julian and Caroline spent the night together, and she tries to start gossip about the love affair. 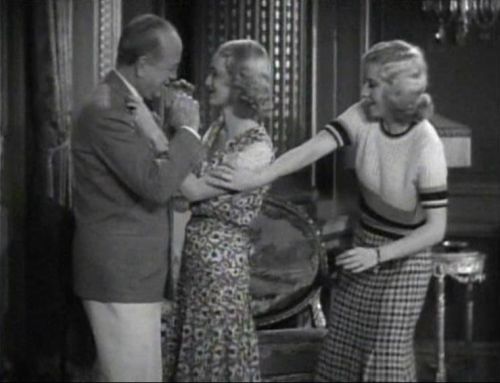 Allison may be a gossipy bitch, but check out that gorgeous sporty ensemble.

Allison tries to gab her new gossip to everyone at breakfast starting with Malbro, but Malbro stops her by getting medieval on her ass. I thought Bette was going to smack a bitch. You have to see this movie.

In fact, because I am such a benevolent person, a person who assumes you will now go out and find a copy of this film to watch it yourself, I will warn you now: SPOILERS FOLLOW!

Greg tries to take Allison home, but he crashes the car, leaving Allison dead and injuring himself all to hell. Caroline decides to stay by his side while he recovers, but Julian figures she can do that while being Mrs Julian, so they marry in the hospital. Is that what the title of the film means, your rich ex-wife will always be with you, even if you get married to an idiot bimbo and then kill her because you can’t drive worth a damn? Okay, all snarking aside, I have no idea what the title of the film means. Interestingly, the wife staying by her no-good ex and/or estranged husband is a theme used similarly in “Dangerous” (with Davis) and “Lilly Turner” (with Brent and Chatterton). I guess it allegedly mitigates the “scandal” of divorce.

The judge who happens to be hanging around so conveniently for the pair to marry in the hospital is played by Berton Churchhill, who appears in so many 1930s films that I’m about to start an official Berton Churchhill watch.

The film is very enjoyable, and if you get a chance to see it I think you’ll love it. Ruth Chatterton is really growing on me as an actress, to the point to where I cheer when I see her in a film. Bette absolutely sparkles as Malbro, and once again I can’t get over how much more fun and lively her character is versus the main characters. You just want to watch a whole film of Malbro being Malbro instead of boring old Julian pining after perfect Caroline.

Thanks again to Louie for letting me “borrow” this movie!