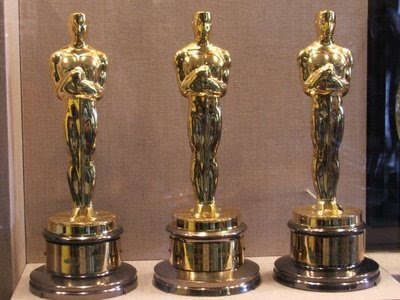 I was once again charmed with the opportunity to participate in StinkyLulu’s excellent Supporting Actress Smackdown series, and this year was a great one: 1992. Don’t remember it off the top of your head? Two words: Marisa Tomei. You have to go read the comments and reviews on StinkyLulu’s post! This is one of the best entries in an always-outstanding series. Alex’s video is great, too, as always. So stop reading here and go there!

So, for good or ill (probably ill) I have some theories about why Tomei won in 1992. And these theories don’t involve a drunken Jack Palance.

As Stinkylulu said, it’s surprising that Tomei was nominated, but not surprising she won. I completely agree, and I think that is the most apt thing anyone has ever said about this controversial win. I can’t tell you why she was nominated. I have no clue. But when looking at the other nominees, it seems as though most of them had a “reason” for losing. “Reason” is in quotes because I don’t think the Oscars have ever been about performances alone, they’ve been about image and politics and favorites, and the reasoning behind half of their awards eludes me to the point that I sometimes think there was no reason at all.

Joan Plowright in “Enchanted April” gave a good performance, but this was a pretty light film that started out as a made-for-TV film in the UK. The Academy hates the stink of television on their precious movies. Plowright was never going to win.

Judy Davis in “Husbands and Wives” gave a terrific performance, but she was nominated in a film that rather uncomfortably recalled Allen’s own current scandal involving Farrow’s very young adopted daughter. The voters probably avoided voting for Allen simply out of principle; recall that Elizabeth Taylor didn’t win for “Cat on a Hot Tin Roof” because of the Eddie Fisher scandal.

Miranda Richardson in “Damage” was great, but it was a small part and she was partly miscast by being so obviously too young for the role. She was huge in 1992 but I can see the Academy thinking she was overexposed. Plus, “Damage” was originally NC-17 for all the boring sex scenes and, honestly, it’s a big ol’ plodding snooze of a film. Richardson would have won, but never ever ever for “Damage”.

So that leaves Tomei and Vanessa Redgrave in “Howard’s End”. It’s a bit of a problem. Redgrave’s role was tailor made for a Supporting Actress Oscar, it’s a lovely performance in a surprising movie, but I think perhaps it’s a little too perfect. Redgrave had already won an Oscar before, she’s been controversial her entire career (and once used the Academy Awards to make her own political statement, which they hate), plus the Academy always favors the Americans over actors from other countries. It really must have been a toss-up between Redgrave and Tomei, and a fresh-faced, cute, likable Tomei surely seemed like a shoe-in for Academy members who cringed at the thought of a British actress or a Woody Allen film winning anything.

Let me say, though, that I think Tomei is a fine actress. I first realized this when I saw “Four Rooms” of all things – this woman is a professional. She may not have deserved the Oscar for “My Cousin Vinny”, but she is definitely an Oscar-calibre actress.