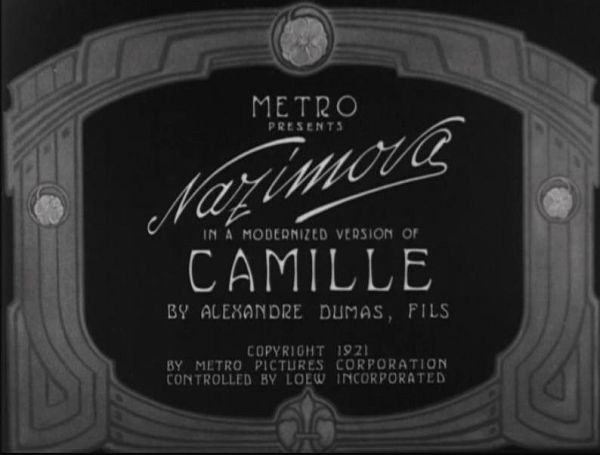 “Camille” is ridiculous, melodramatic, unbelievable, silly, amazing, wonderful, beautiful, and mesmerizing. This 1921 film is a thin version of the Dumas classic, mildly modified for a modern audience, used only as a means to showcase glamour, style, and expression. I first heard about “Camille” when shahn at sixmartinis mentioned it a couple of years ago. Recently, D for Doom of Cult Movie Reviews recommended it for its art deco sets, also mentioning the silent could be found on the DVD for the Garbo-Taylor version. It’s a very nice print, too, surprisingly good for the year. There is also a Grapevine Video version, and while I haven’t seen it, those of us who want to avoid the Garbo version would probably rather have their video. Ahem. 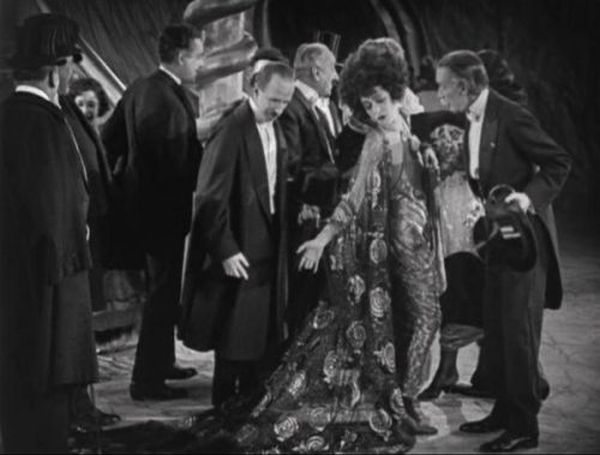 While I have seen Nazimova in two of her 1940s supporting roles, “Camille” was the first silent Nazimova movie I’ve watched. It was an absolute revelation; I have never seen the camera love someone with such wholehearted abandon as it loved Alla Nazimova. Valentino is adored by the camera as well. He spends the full length of the film either staring straight ahead or flaring his nostrils and looking disgustingly gorgeous while doing so.

Infamous Parisian courtesan Marguerite and naive, rich young man Armand fall in love. She is ill and unhappy in her opulent but decadent life. 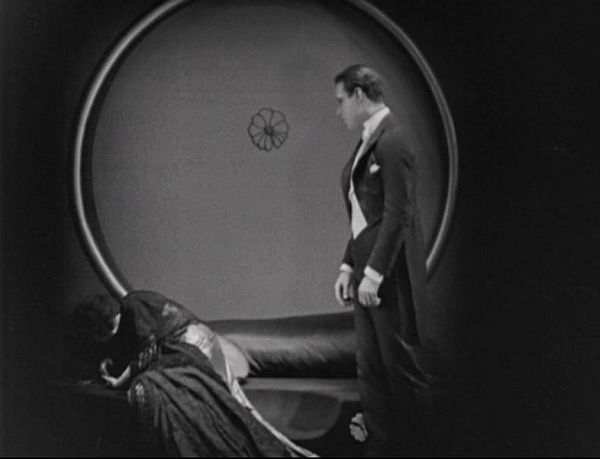 Armand takes her away. After a blissful spring together in the countryside, Armand’s father arrives to tell Marguerite that she cannot stay with his son, her past will ruin Armand’s future. Marguerite realizes she must make Armand believe she has betrayed him so he will move on. When their paths cross in Paris months later, Armand is cruel to the woman he thinks cares nothing for him. 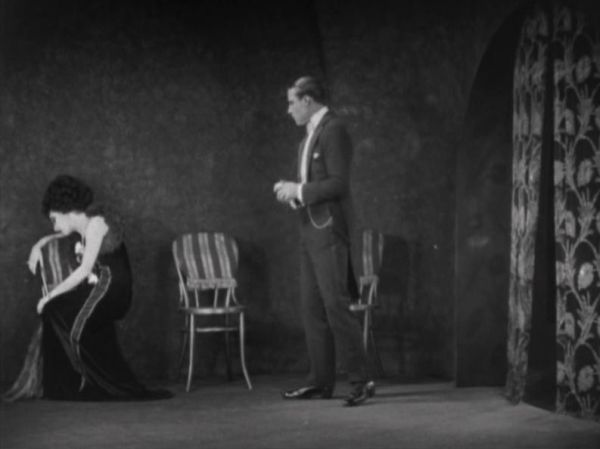 The cinematography may seem a little pedestrian, but compared to other films I’ve seen from the early 1920s, it was well done. They were not subtle about making parallels, as you can tell from the two screencaps above: The first is when Armand initially approaches Marguerite to declare his love, while the latter is Armand approaching her after her insincere betrayal.

I knew the ending — we all know the ending — and yet I cried my eyes out. There is something to be said about a movie that tells you directly that it is manipulating you, yet you still freely allow yourself to be manipulated.

And the sets. My gods, the sets. Marguerite’s Paris apartment is an art deco wonder. Those camellia flowers you see on the title card are used all over her apartment: 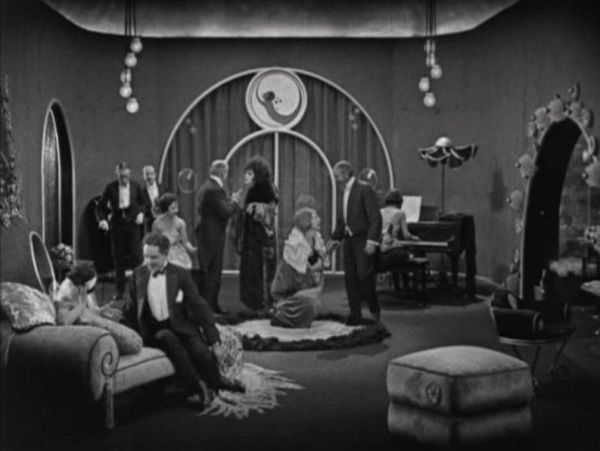 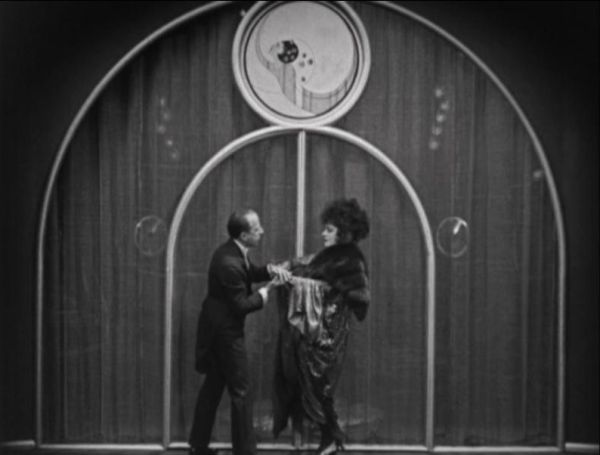 This is a large glass wall that separates the living area from the bedroom. I love how the lights look like bubbles floating about. In reality, the small circles are reflections from the hanging living room lights, and the big circles are the neon from her bedroom decorations showing through the curtain. 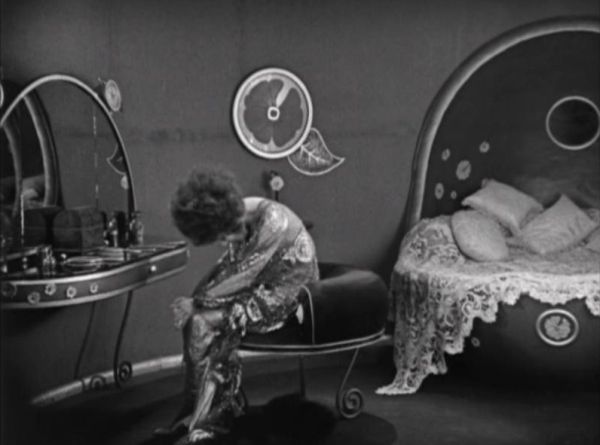 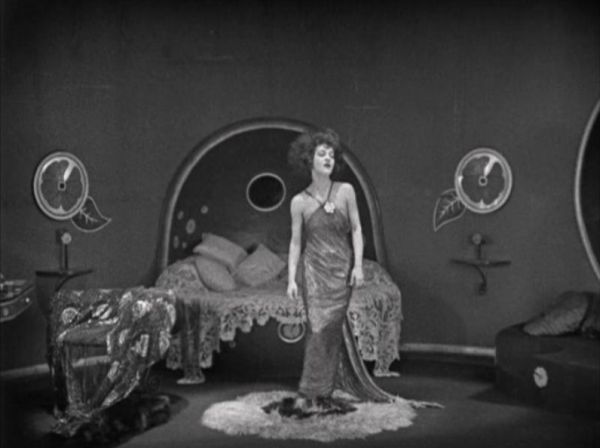 Stylized camellias everywhere. It’s beautiful but it’s also a reminder that she’s the lady of the camellias, the kept woman who has to maintain a certain aura about herself or the rich guys will lose interest. 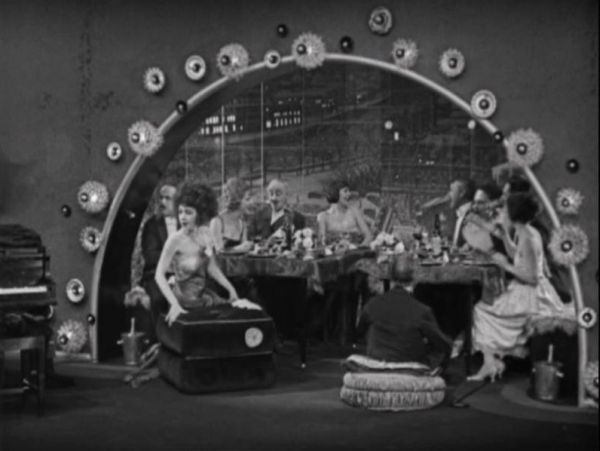 The dining area is a large glass dome with flower-shaped lights around the archway. It’s snowing outside while they dine, and I couldn’t help but shiver while imagining the cold coming in through all that glass. 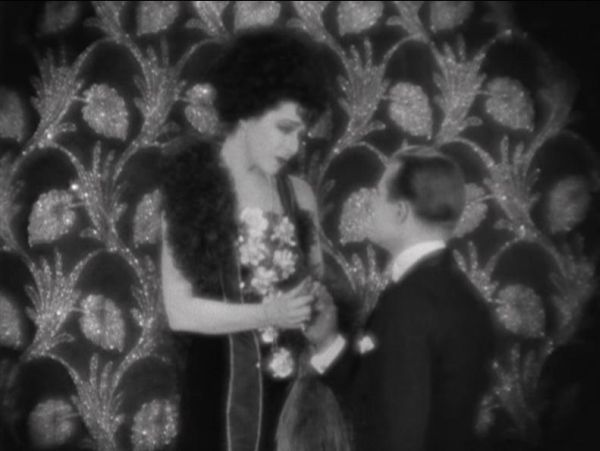 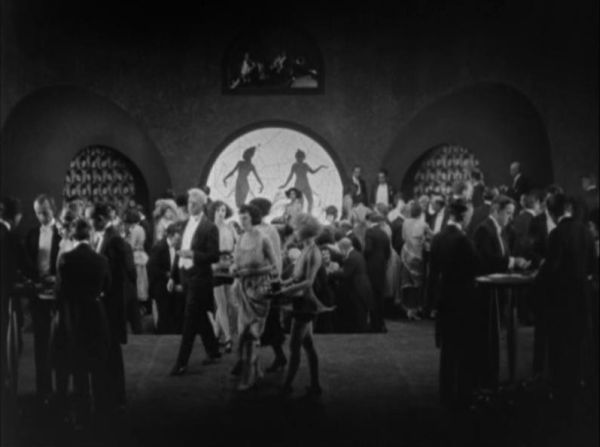 Natacha Rambova can be thanked for the amazing set design on “Camille.” Natacha is mostly known as a crazy woman, a rumored lesbian who was in a “lavender marriage” with Rudy and who nearly ruined his career. But experience has taught me that most of the women who “almost ruined” their famous male partners did no such thing, and that gossip about the sexuality of stars often trumps reality in the minds of fans, so I’m not inclined to blindly believe the hype about her. Maybe it’s 100% true, maybe it isn’t. All I know is that her art deco designs are vastly influential, iconic, and largely unknown nowadays.

“Camille” somehow ends up being entirely a Nazimova vehicle, which makes the ending very strange. The editing has Armand finding a part of Marguerite’s will stating that a book she was given by Armand should be returned to him after her death, yet she’s still alive and still holding the book. He never shows up to see her on her deathbed or after she’s passed. I suspect the part with the will was moved earlier so Nazimova could have the last scene of the film. 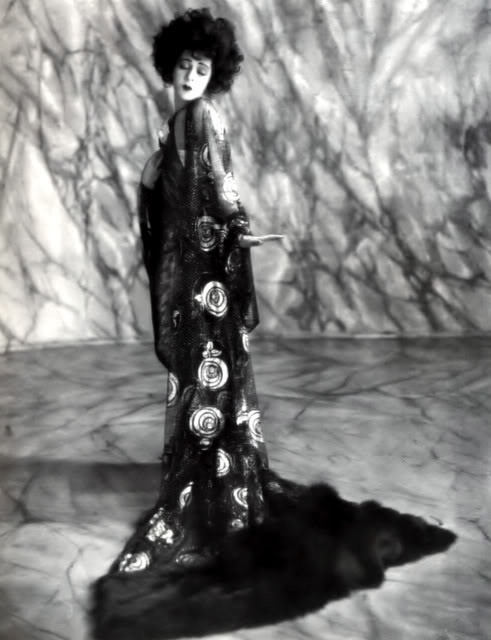 Dr. Macro’s page of “Camille” pictures and lobby cards. Not many, but they are all beautiful.