Sporting Blood is about a horse named Tommy Boy, his breeder Jim Rellence (Ernest Torrence), the flighty dame who wants him as a toy (Marie Prevost), and a bunch of vague mobsters. According to some promo material and archive info, this was originally called Horseflesh, which is creepy and a little weird.

Our story: After race horse breeder Rellence regretfully sells Tommy Boy to a client, the horse wins a race that rich brat Angie Ludeking (Prevost) has bet on. She decides she wants the horse for herself and, being rich and spoiled, she gets her way. But the horse loses its next race because of a fix pulled off by mobster Tip Scanlon (Lew Cody). Later that night, Tip wins the horse in a rigged poker game and begins to use Tommy Boy in more fixed races. 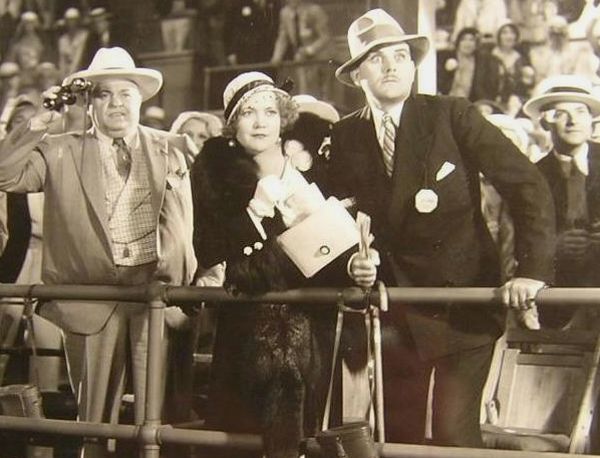 At 43 minutes into the movie, we finally see the headlining stars: Clark Gable as Rid, a dealer in Tip’s casino, and Madge Evans as Ruby, a girl who works the floor and is kept by Tip. Complications arise because Rid and Ruby are in love but can’t get away from the dangerous Tip. They both oppose Tommy Boy being abused for the sake of those fixed races, too, but the abuse ends when Tip guarantees Tommy Boy will win a race that he ends up losing. Tip’s mobster friends, angry that they lost all their dough because Tommy Boy didn’t win the race, kill Tip, which is convenient for all concerned. Meanwhile, Ruby escapes to Jim’s ranch with Tommy Boy; she cleans up and goes straight while Tommy Boy recuperates from the abuse. New problems surface when Ruby enters the rehabilitated Tommy Boy into the derby only to find her jockey — and possibly Rid — are in on a fix to keep Tommy Boy from winning. 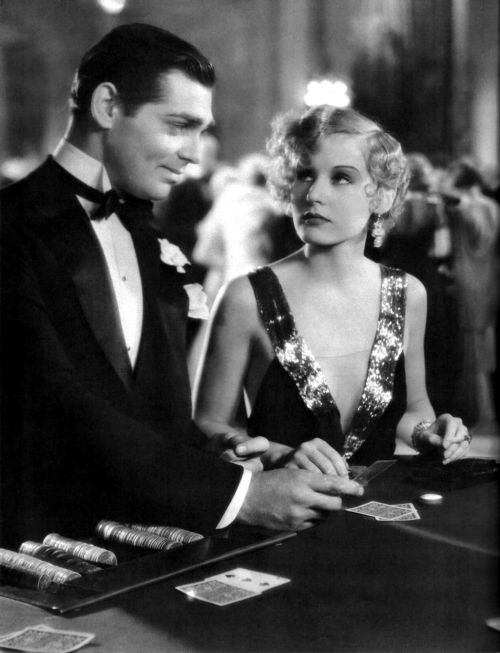 Most of this film will bore the socks off you unless you really like horses. It’s also terribly racist, the worst being when a young kid is threatened with brutal whipping for doing nothing wrong except being a “colored black” that breeder Jim felt he “had” to hire. It really is a kid, too, it’s Eugene Jackson who was maybe 15 years old when this was filmed. Also, I suspect horses were harmed in the making of this film. Actors were probably hurt, too, especially young Jackson, who is clearly riding a horse that is bucking and thrashing dangerously. He really got shafted in this movie.

Marie doesn’t have a very big role, yet she has one of the best roles. In a film where much of the cast can’t act, Marie stands out despite an uneven, sometimes sloppy performance. Gable is in his first starring role and hasn’t gotten the hang of this acting thing yet, Evans is beautiful but relies on the same quavering over-dramatic voice that Norma Shearer does, and Hallam Cooley as Prevost’s husband is truly, truly awful. 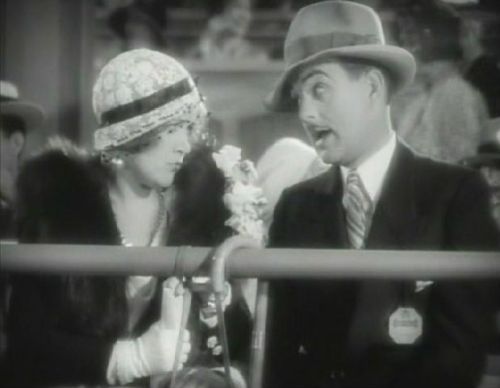 Marie’s character is your standard ditzy dame, a spoiled rich girl who always gets what she wants. She’s cute as a button but, in an era where you rarely see large women except as maids or as older society matrons, her chubbiness is noticeable, probably more so because effort has obviously gone to try to hide it. At the same time, an older, much larger woman in the casino scene is given a sleeveless gown with absolutely no self-consciousness whatsoever. Every film in the late 20s and early 30s had at least one larger society dame in a beautiful sleeveless gown.

Another problem is that Marie’s character has a pivotal scene where she’s drinking heavily out of the trophy Tommy Boy has just won. She’s clearly being made fun of on a personal level, as she is in many of her later roles, but the obvious acknowledgment of her real-life drinking, as well as a scene where she’s being made fun of in what almost appears to be an outtake — she looks right at the camera for a second, apparently expecting a “Cut!” from the director — makes her role in this film a little too depressing. 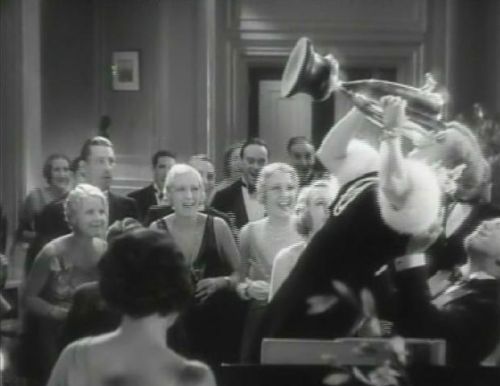 What’s amazing to me is how suddenly her looks changed in her career. In 1929, she has an ethereal beauty in The Godless Girl and looks to be in her late 20s at the most. A year later in Party Girl, she looks to be 35 if she’s a day, and by this film in 1931 she looks 40 years old, puffy and tired. It’s impossible to watch Marie in her later roles without thinking about how it all ended.

Stars in Heaven: An MGM Blog 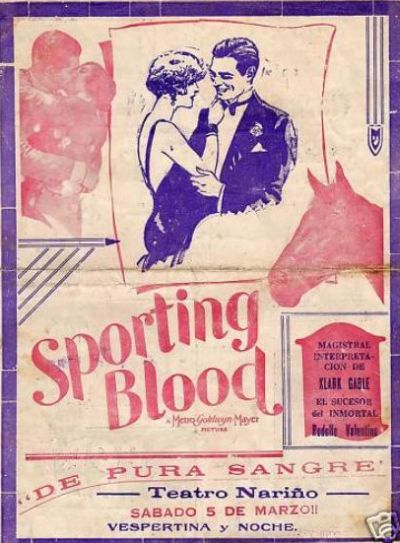 This post originally appeared at https://www.shebloggedbynight.com/2010/01/marie-prevost-project-2-sporting-blood.html and a copy can still be found at the Internet Archive here.

If you’re interested in using these posts for research, please note the following:
1) You can use my blog posts for sources, but they must be credited in footnotes or bibliography (as should any book, blog, magazine, or other source). You cannot just cut and paste sections of my blog into your own work. Please know that I will not just ignore copyright infringement, should it occur.
2) There may be errors in my blog posts. You’re responsible for doing your own research and verifying anything you read.
3) I will not help you with your Marie Prevost research. Please don’t ask.
4) I own some memorabilia, photos, archival docs, etc., but I do not lend them out for any reason. Please don’t ask.
5) Despite any claim you may have heard to the contrary, I have not assisted nor collaborated with anyone in their book or article on Marie Prevost.