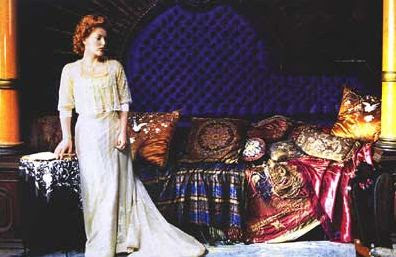 This entry is for the He Shot Cyrus “My Best Post” Blogathon which runs from May 21st to May 23rd. Start at Day 1 here. You can read Day 2 here and Day 3 here.

My Best Post: “The House of Mirth” (2000) for the Counting Down the Zeros series.

It was hard to choose my best post, mainly because I have no love for my own writing style. I considered a lot of things. Did I have an influential post? Uh, no. Nothing I wrote was influential, not even the pair of posts about a certain horror film controversy — a controversy that won a stupid Rondo Award, of all things. (Because rewarding attention whores who make up lies about lost films is always a good idea.) Did I have a popular post? Rarely do I get more than maybe 300 page views on one post, so no. I had to fall back on what I liked, and I liked not only my entry on “House of Mirth” but the terrific comments I got from readers as well.

Speaking of what I like, I have been meaning to find a way to write a separate entry about a bunch of other bloggers’ posts which I think deserve a little love. This blogathon has given me a great segue into listing other blog posts from the past I highly recommend:

* Shyamalan Is As Shyamalan Does. Quite frankly, D.C.Girl@TheMovies is the best blog you aren’t reading. D.C.Girl is perceptive, insightful, funny, and this post is an excellent introduction to her blog. I generally don’t read blogs about new releases because I rarely go to see new movies, but I read D.C.Girl and I love it.

* Dialer Turden. From Pluck You, Too!, this is an introspective 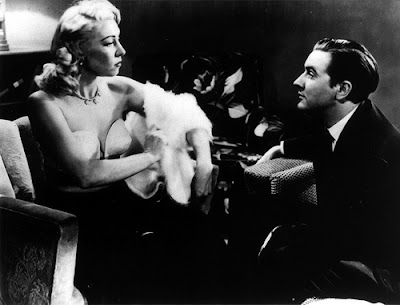 note about Tommy’s own life and, at the same time, a concise reflection on the reasons to re-think the philosophical daydreaming behind 1999’s “Fight Club”. I remain swooning and envious of his ability to craft such a deft, cutting remark: “Compassion for the weak is not weakness. We were all weak once.” Right to the bone, my friend.

* The Unbroken Dream of Edward D Wood Jr. This post makes me cry. I probably shouldn’t say that, because it’s the exact kind of awkward, sincere confession that makes Ed Wood’s life such a goldmine of semi-cruel humor for the rest of us. Mykal’s post is at once well researched, perceptive, and positively overflowing with the enthusiasm for films and for Ed Wood that make movie blogging worthwhile. Plenty of people in the movie blogosphere have Big Ideas, Big Plans, Big Names, but they don’t have any excitement for the movies they wax poetic about. When I’m tired of reading — and writing, as I’m not innocent of this myself — posts that just go through the motions, I come back to Mykal’s Unbroken Dream and remind myself why I’m blogging in the first place.

* Color in the Movies – Part 1 – Kinemacolor. From the always delightful All Singing! All Talking! All Dancing! blog, Jonas’ first part of what I hope will be a continued series is both entertaining and well researched. You can get lost in this post for hours. 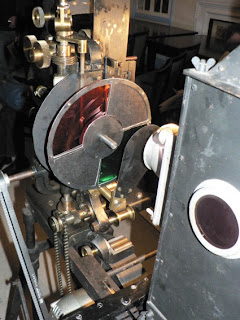 * Allure’s Anna Sten series, Part 1 and Addendum. I don’t know where Operator 99 gets all that neat stuff. He must own 1000 vintage magazines and books. So I drool a lot when I read Allure. You understand, I’m sure.

* Directors Who Deserve a Film About Their Life #1 – Herschell Gordon Lewis There is no way I couldn’t love this entry. A movie about Lewis is a brilliant idea, honestly, and anything that mentions Sam Rockwell is going to get an “A++++ WILL READ AGAIN” review from me.

Picture of the Kinemacolor projector courtesy of The Bioscope, which I also highly recommend.