I have a sort of unofficial “Watch Everything D for Doom Watches” rule here at Casa de la Stacia, because he has the best and wackiest taste in movies ever. That’s how I ended up watching “The Silencers”, the 1966 spy spoof D wrote about last month. I’m a huge Dean Martin fan, I love 1960s spy films and spoofs, and I’d meant to watch this film for years.

D says that “The Silencers” isn’t the best of the genre, and brother, he ain’t kiddin’. It was enjoyable, mainly thanks to the underrated Daliah Lavi and Stella Stevens. It’s also character actor heaven, so if you’re obsessed with character actors like I am, you’ll have to watch this film. It has Victor Buono, Roger C. Carmel, James Gregory, Arthur O’Connell, and Robert Webber. How could you not watch something with Buono and Carmel in it? It’s impossible to resist. 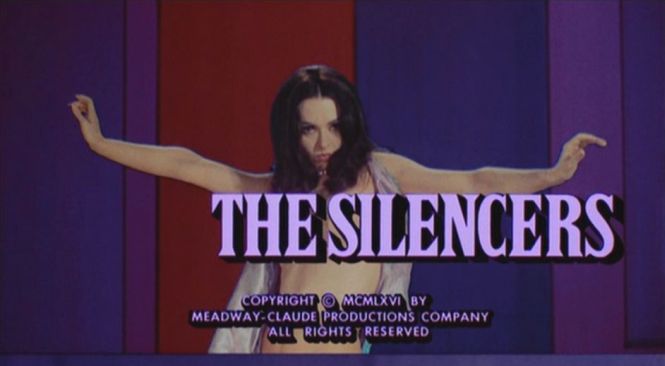 Matt Helm is a retired spy for the U.S. agency ICE. He’s called back in to help uncover the suspicious doin’s planned by international evil agency Big O. Helm refuses to return to ICE, but then someone from Big O is sent to kill him and he is saved in the nick of time by ICE agent Tina (Daliah Lavi). They join forces to get a computer tape that holds the information they need but, before they can get the tape from sexy dancer Sarita (Cyd Charisse), she’s killed. She hands the tape over to clueless Gail (Stella Stevens) seconds before dying, and Gail — technically under arrest as a suspect — joins Matt in a search for the Big O hideout. Gail replaces Tina, who has been waylaid by a smoke bomb. For reals.

Buono, in yellowface a la Joseph Wiseman, is Tung Tze, leader of Big O. While I’ve never seen Buono look so, er, Greenstreet-ian as he does in this film, all the eyeliner to make him look fake Asian is actually kind of hot, even when he’s trying to look sinister. There’s nothing sinister about Victor Buono. 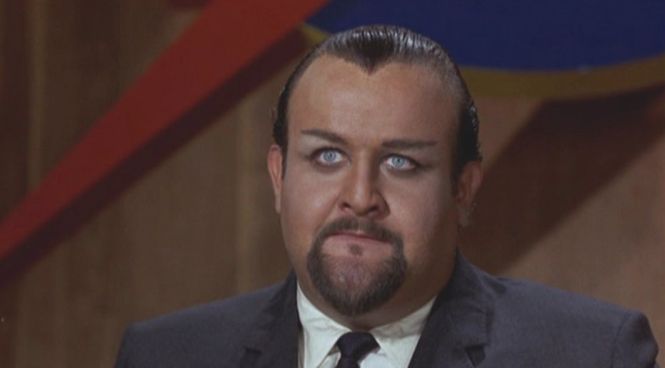 Speaking of hot, Daliah Lavi is astonishingly beautiful and a solid actress. I am absolutely confounded as to why she didn’t have a bigger career. Stella Stevens, while having a lengthy career, never hit it as big as she honestly should have.

Dean Martin’s inherent hotness is completely absent in this film. He looks tired and irritated throughout, and as I was trying to get screencaps to show you how exhausted he appears, I realized he was filmed from behind, the side, and at a distance a lot. The cinematographers clearly knew what they were doing.

I’m sorry to post this unflattering screencap of you, Dean, but I do this in the twin interests of TRUTH and SCIENCE: 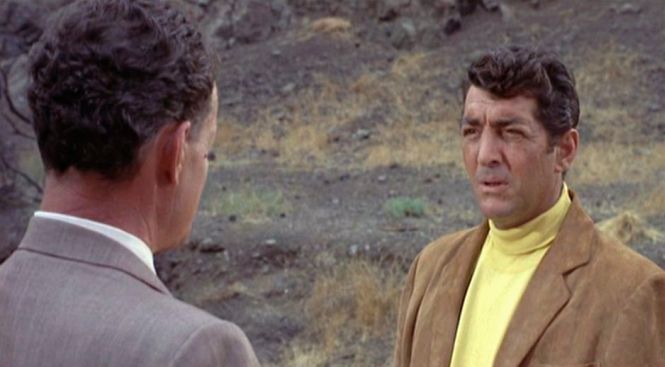 It’s true that Matt Helm spends a significant amount of time honestly irritated, but beyond mere characterization, Dean Martin himself seemed completely pissed off. At the end of the credits there is a scene with Helm on his round bed with a dozen hot babes who he dutifully kisses, but after kissing 2 of them he puts his head in his hands and mutters “Oh my god” in the most pitiful voice. He’s not saying “Oh my god they’re hot”, but “Oh my god, what am I doing here?” 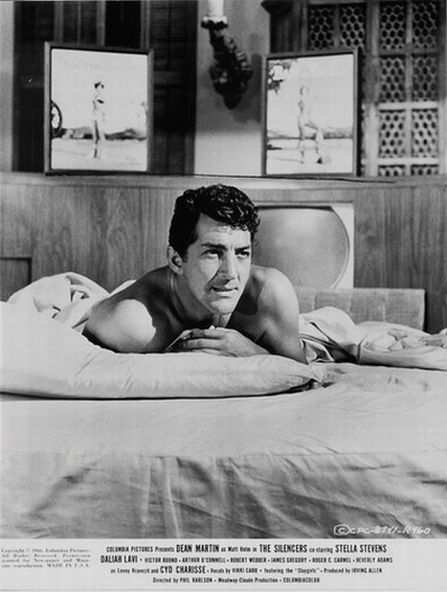 Helm has a habit of spacing off and daydreaming about Dean Martin songs with modified lyrics to express his irritation at the current situation he’s in. This would be funnier if I wasn’t tired as hell of people on the Internet who post new “funny” lyrics to old songs in the comments of every webcomic, blog, and forum. Yet that’s not the movie’s problem, it’s my problem; the self-referential bits are funny and the camp is enjoyable.

It’s immediately apparent that “The Silencers” was widely influential, too. Several movies that I know of — there may be more — stole from “The Silencers.” “Casino Royale” (1967) borrowed cinematography, plot points, and set design. “Marlowe” (1969) has a character played by Rita Moreno who is an almost direct rip off of Cyd Charisse in “The Silencers.” While it could be argued that “Austin Powers: International Man of Mystery” (1997) was a spoof, I have to wonder how much you can honestly spoof that which is already spoof. At any rate, Dr. Evil’s voice is essentially Victor Buono’s, slightly exaggerated.

I don’t really know if I can officially recommend “The Silencers”, but you know what I can recommend? Dino in anything else! Someone find me a copy of “Kiss Me, Stupid”, stat! 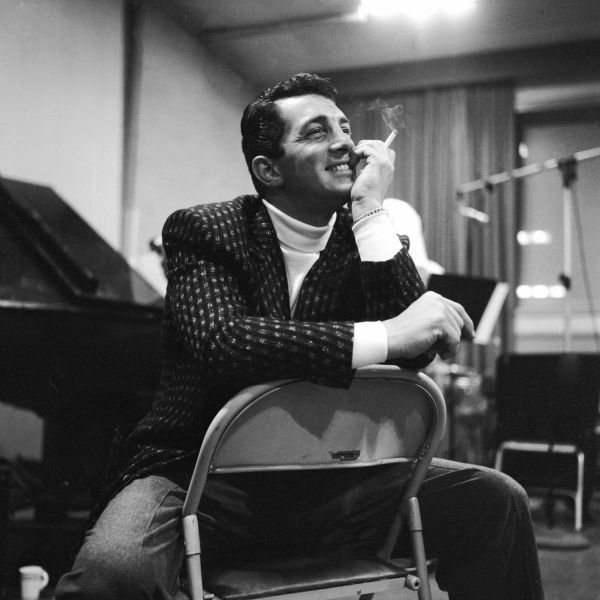