So, get this: Chuck Norris can act. 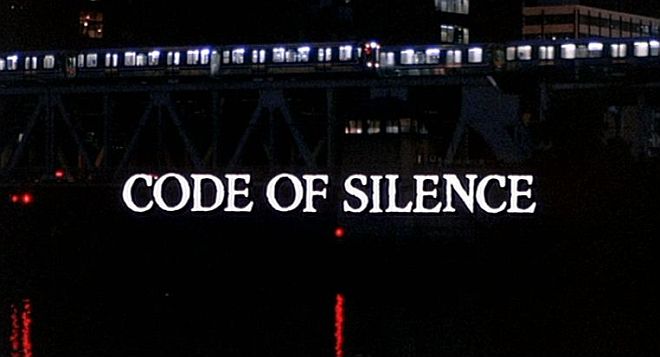 Last May, I entered the epic Chuck Norris Ate My Blog Contest, hosted by Matt-suzaka of Chuck Norris Ate My Baby fame. As I mentioned at the time, my first choice for entry in the contest was Code of Silence, but those plans were waylaid when my husband mentioned the word “zombie” and the words “Silent Rage” in the same sentence.

I was lucky enough to win the CNAMB contest and many fabulous prizes, including a DVD of Code of Silence. My husband and I popped it into the player expecting another Silent Rage, which is a great big pile o’ B-grade fun. Instead, we got a great big pile of almost-A-grade action that was not just entertaining, it was good.

Chuck is Eddie Cusack, loner Chicago cop who is leading an undercover sting operation to nab the drug-dealing mafia-esque Camacho family. Before the cops can raid the place, a competing gang comes blazing in, killing most of the Camacho family, an undercover cop, and… well, basically everyone in the room. Luis Camacho, head of the family, learns that the hit was ordered by Tony Luna and swears revenge on the Luna gang. Tony is a fine upstanding mafia man, and you know this because he runs like a scared little boy right out of town, leaving his wife, elderly mother, and other family members to be mowed down by the Camachos in an attempt to draw Tony out. Sgt. Cusack has to save and protect Tony’s remaining living family member, teen daughter Diana (Molly Hagan), while also defeating the Camachos. 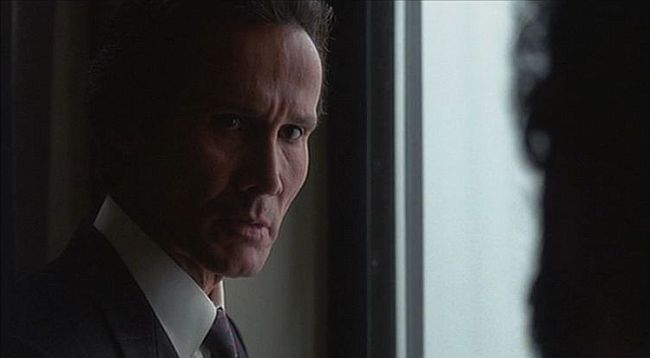 The title Code of Silence, strictly speaking, refers to the subplot. Cusack doesn’t trust fellow officer Craigie and didn’t want him to be part of the sting operation; proving Cusack was right, a drunk Craigie shoots an innocent kid during the sting and plants a gun on him to cover his mistake. Craigie’s newbie partner sees the plant but is pressured by almost everyone to back Craigie up because, apparently, they believe Craigie to be telling the truth. The newbie eventually confides in Cusack, but at the investigation of the shooting gets scared and wimps out, leaving Cusack the only person willing to speak against Craigie. Cusack is ostracized for this and forced into a final showdown with the Camacho family alone as no cops will back him up anymore.

Code of Silence isn’t exactly original. The plot heavily borrows from movies like RoboCop, Serpico and The French Connection, and director Andrew Davis inexplicably uses locations and shots that emphasize this rather than downplay it. Yet Davis is a good director, one whose talents were put to effective use in late 80s and early 90s action films such as Above the Law and Under Siege, and whose remake of Dial M for Murder was surprisingly solid. He managed to get an excellent performance out of Norris in Code of Silence which is no small feat, and his overall vision for the film added substance.

This is an odd film in that it received mostly good reviews on release, made decent money, was #1 at the box office for three weeks, and was supposed to be Norris’ “breakout” hit, but it still fell flat. It’s one of those films that almost everyone recognizes by title alone, yet many who know of the film never actually saw it. Director Andrew Davis has said he was pigeonholed as an action movie director after Code, and his next film was indeed an action film, the Steven Seagal vehicle Above the Law. It similarly underperformed despite now being so well known, but the follow up film Under Siege in 1992 was a mega hit, earning over four times more than Code and making Seagal a household name. A year later, Davis directed The Fugitive. 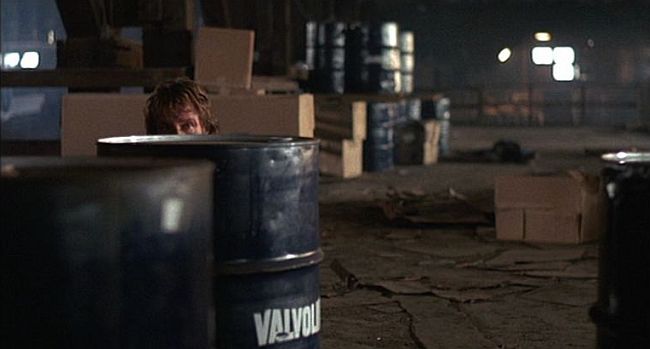 It’s surprising that Norris’ career in movies didn’t go further after Code. I suppose Delta Force with its all-star cast was the A-list followup to Code of Silence, but it earned more embarrassed chuckles than bucks, and big screen stardom eluded Norris. Chuck has still managed to achieve cultural icon status, and might have done so with his first role as the hairy non-speaking final opponent in Way of the Dragon (1972) alone. But despite the coolness Chuck has committed upon us, he also has an annoying habit of trying to sell something, and he does say some really stupid shit. Last week’s example is a good one, and I link to this particular article only because that unconvincing Norris impersonator is pretty funny in his own right. 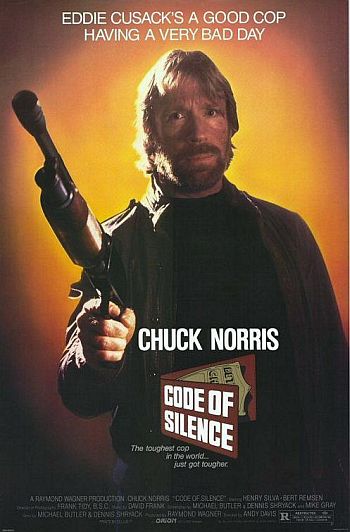 Even removed from all the cultural baggage the Chuck-man brings to any project, Code of Silence is a solid 80s action flick. In the Chuck genre, it is by far the best Chuck Norris movie I have seen. Plenty of explosions, shootin’s, cussin’s, and character actors to warm you up even on the coldest winter evening.

Read more or die! Can you do any less?

From Midnight, With Love gets hairy. REALLY hairy.