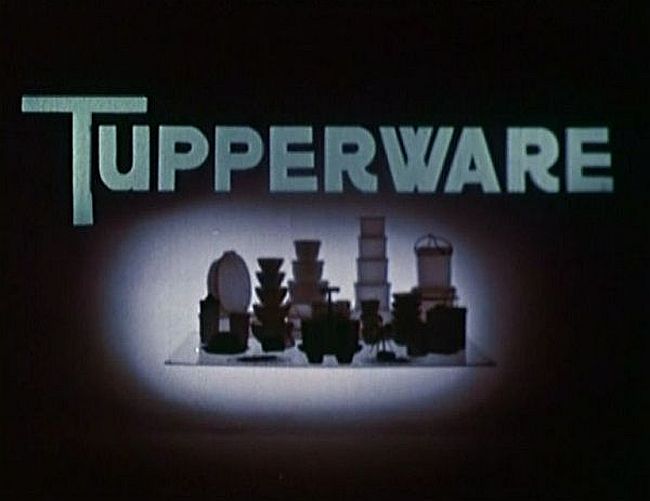 WWoT begins, as it should, at the beginning, with the production and manufacturing of Tupperware products. Most people who have commented about WWoT online say they were bored with the manufacturing part but loved Anita Bryant. Best part of the film, they say. She sounds wonderful, they say. Where’s a pie when you need it, I say. 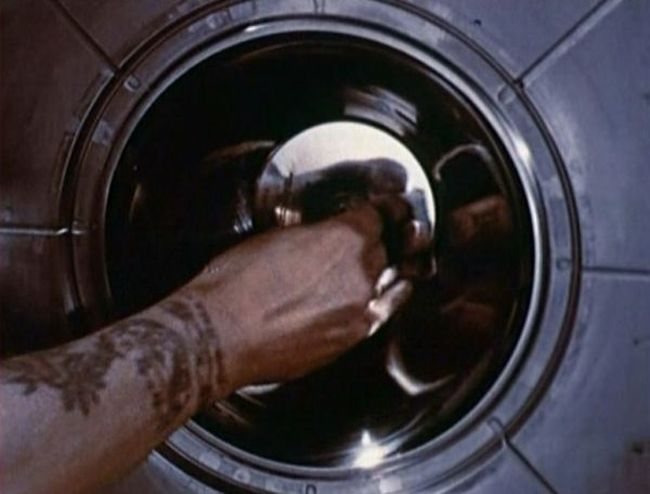 I quite honestly chose this screencap because the worker demonstrating the machine has an amazing tattoo.

After we learn how Tupperware is made — in the U.S., never to be shipped to other countries, the narrator assures us — we learn how it is sold at local parties. The year’s highest sales are rewarded at regional events where the best salespeople are crowned queen and, sometimes, king. 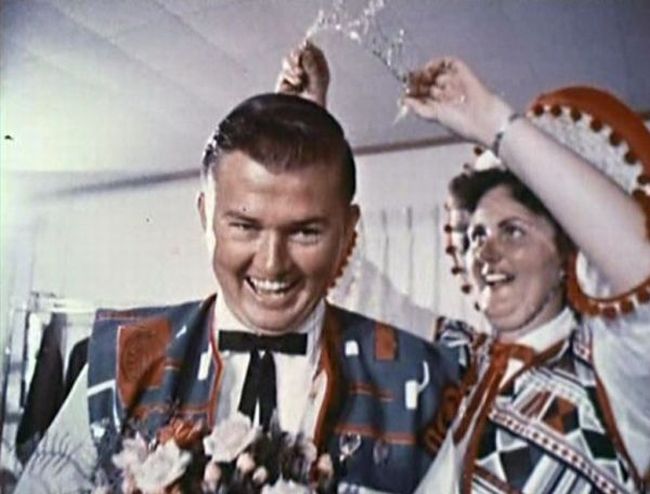 Part of the Tupperware mythology is the yearly Tupperware Jubilee, attended by top salespersons and involving fabulous gifts and spectacular entertainers. The Jubilee in this film must be from 1958, which was an interesting year in Tupperware: Brownie Wise, the woman who put Tupperware on the map by creating events like the Jubilee, was fired, probably because the press was blatantly stating that she was responsible for Tupperware’s success, which upset Earl Tupper, the company founder. It’s also possible that she didn’t want the company sold as Tupper had planned to do, so he got rid of Wise to make the sale go more smoothly. A few months after she was fired, the company was sold to Rexall for $16 million. The new owners wanted to end the Jubilee and were only reluctantly persuaded by the existing employees to keep the celebration, so it’s surprising that this film even got produced at all.

The early part of the Tupperware Jubilee shows people that we cannot see pulling up to the hotel where the Tupperware event is being held, while Tupperware sales women shriek with excitement. You don’t even get the fun of seeing the shriekers, you just hear them while watching a tiny person wave from the back of a distant car. 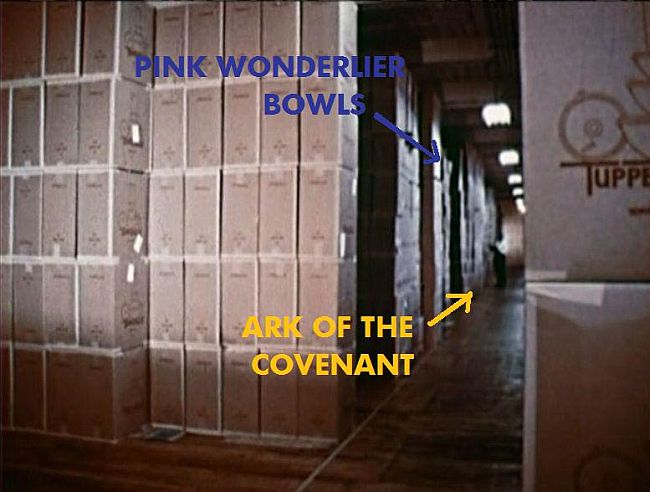 While it seems most people like the entertainment in this short, the factories, shipping, and business end of Tupperware is also some fascinating stuff. Everyone from hipsters to historians will find something to enjoy here, though, so consider spending 30 minutes with Tupperware.

P.S. Helpful hint: You can fast forward through the Anita Bryant parts.

***
Before I get started, I must confess that while I have a Twitter, I do not understand Twitter. That is why it was a week after watching Who’s Minding the Mint? on TCM that I saw Jack Pendarvis had tweeted me to tell me to record it. He needn’t have worried, because I was totally on top of it, yo, not just because I was feeling sentimental and remembered WMTM as a childhood fave, but because BBFF Ivan reminded me about it, too. 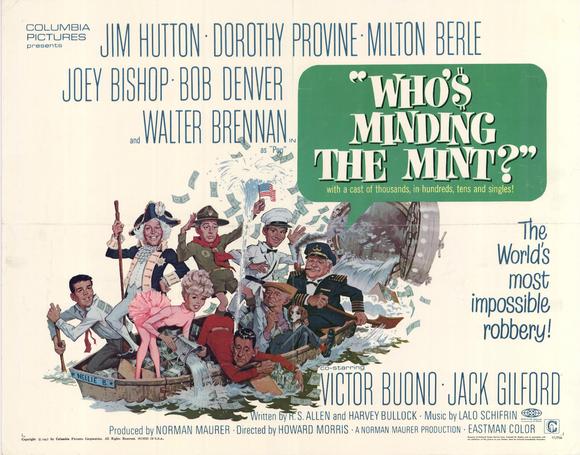 The plan was to record Who’s Minding the Mint? while watching it at the same time, and that plan was going very smoothly until I realized about five minutes into the film that the DVR was not actually on. Okay, I know what you’re thinking: If I can’t manage Twitter, then I probably can’t manage a DVR. Not true! The DVR flakes on me of its own accord, and this was one such occasion. I tell you all this to explain why this review is kind of short and has no screencaps.

When I was a kid, probably about 12, our local PBS station KTWU showed afternoon movies on Sundays. For a while they were on a Jim Hutton kick, showing both The Horizontal Lieutenant and Who’s Minding the Mint? I loved them both. As I was watching WMtM on TCM recently, I realized that I remembered almost nothing from the film; apparently, most of my memories are from The Horizontal Lieutenant. This may be because I developed a big crush on Paula Prentiss after watching the film. It may also be because my fake friend Olivia, who I realize in retrospect had a snotty reply for almost anything I said, was particularly snotty that day in 1986 when I asked if she caught Horizontal on KTWU the previous Sunday. “Uh, yeah. Duh,” she snapped, as though every 12-year-old girl in the mid-80s was positively clamoring to see a 20-year-old Jim Hutton film. Olivia thought she was smarter than everyone, even when she was asking me things like, “How does hairspray work?” and “When was the war of 1812?” 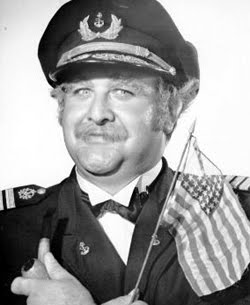 I mostly wanted to watch WMtM because of sentimental reasons, but I was also curious as to how much my tastes had changed. I loved Bette, Hitch, and Orson when I was that age, and I also loved WMtM. Would I still love it now that I’m old and decrepit?

You all know the answer, so it feels silly to even utter it, but no. No, I did not love it. I was surprised that the certifiably insane Howie Morris would direct such a low-energy film. Jim Hutton did a really bad Jimmy Stewart impression throughout the film, Milton Berle was on the verge of yawning the whole time, and Bob Denver was stoned; however, to be fair about it, that’s not only expected of Bob Denver but actively encouraged. Victor Buono was the best part of the film, which is as it should be. I laughed at every breath that man took, every blink, every word, every side eye, every step. I love Victor Buono, and not just because I find him easy on the eyes — yes, I like my men beefy — but because he balances his intense personal dignity with the unmitigated desire to be very, very silly.

Jack Pendarvis, by the way, is looking for a team “of unlikely misfits, each possessing a unique and unexpected talent necessary to pull off one last heist before retiring.” I volunteer for the Victor Buono role: Crazy, eyeliner-wearing captain of a kiddie boat.  You’ll recognize me as the crazy lady standing outside your house with a sign that reads “Have captain’s hat, will mug for camera.” 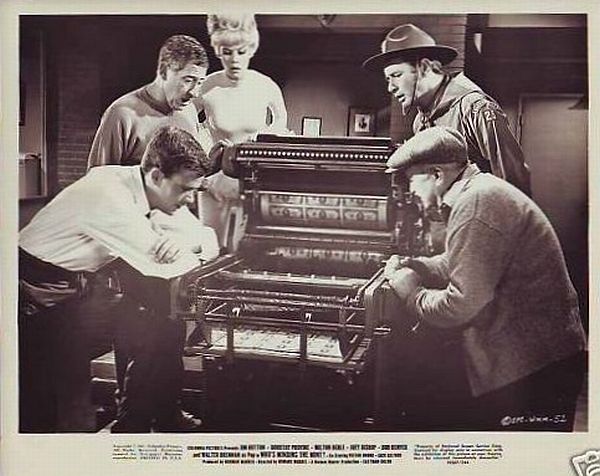 Dorothy Provine was absolutely charming. She was in another of my favorite movies as a kid, That Darn Cat!, which was a gateway movie to the harder stuff: The Cat From Outer Space, Black Beauty and, ultimately, Willard. Provine was amazing, not only because of her great eyes and being positively stunning in 1920s couture, but because she co-starred with Rex Reason and was born in Deadwood.  How many of you can say the same thing?  None.  None of you can say that.

I don’t want to be too hard on WMtM because it is, honestly, not a bad movie. Hutton is great at being sullen, and that’s what he is, man. Sullen. All kinds of sullen. There is a small role featuring Corinne Cole, who you will recognize if you have seen the wacky 1960s films The Party or The Swinger. She gives a lot of life to the movie, and while the plot is a little strained thanks to the film trying too hard to mitigate the naughtiness of the crime, it’s excellent rainy-day fare.

American Experience: Tupperware! This is showing at the Missouri History Museum in St. Louis on next Tuesday, the 15th.