Joan Crawford is Daisy Kenyon, a magazine illustrator in love with two men and immersed in all the drama that entails. 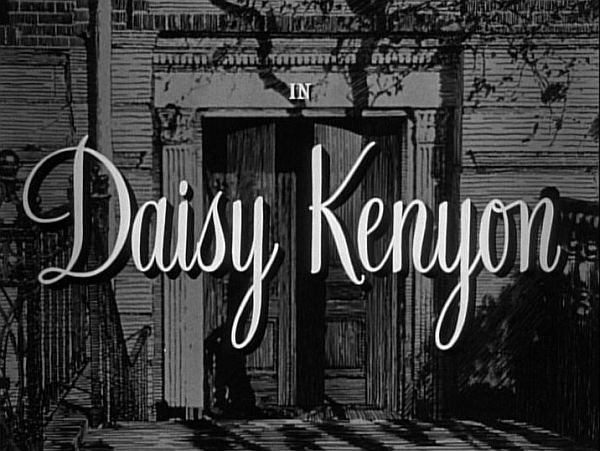 For years I didn’t care for Otto Preminger. Perhaps it was first impressions, a knee-jerk reaction to the automatic praise he receives, or a tangible dislike of his reportedly odious personality. I don’t know what specifically I disliked about him; nearly two years ago, though, I caught Bonjour tristesse (1958) and was intrigued. Squicked, but intrigued. I saw Laura (1944) for a second time and realized that my initial impression — essentially, I scoffed at the film because the subtext wasn’t very sub, if you catch my heavily implied meaning — was wrong, and inadvertently distracted me from all the terrific nuances peppering the film. Plus, I loved A Royal Scandal (1945) and I have a lovely copy of Margin of Error (1943) right here next to me that I also expect to love, so I’m softening on ol’ Otto.

Especially now that I’ve seen Daisy Kenyon. Fab. U. Lous. This is not just another Joan Crawford melodrama, but instead a comparatively realistic, morally ambiguous portrayal of a love triangle that goes completely and unsurprisingly wrong. There are all sorts of issues unflinchingly addressed such as child abuse, extramarital affairs, illegal discrimination against Japanese Americans during and after WWII, PTSD, and rape. 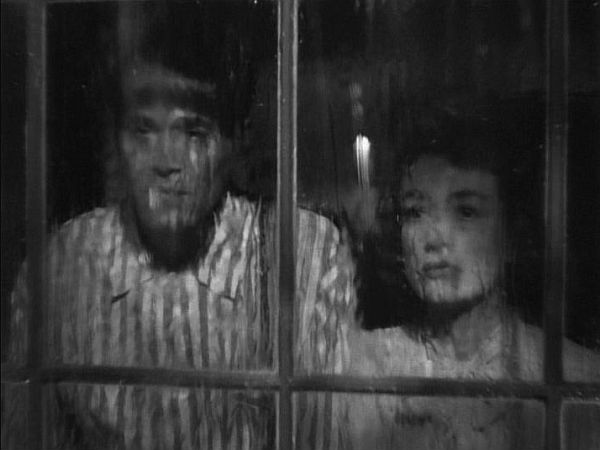 Did I mention it was a melodrama?

Dana Andrews delivers another wonderful performance as Dan O’Mara, creepy and condescending big-name corporate dude who cheats on his wife and spoils his kids. He really is a low-life, but it’s subtle and I can see people thinking he’s simply a bit eccentric, maybe a little pushy. He shows his contempt for people by constantly calling them “honey bunch” or, for variety, “sugar plum”. Every time he goes to Daisy’s studio, he turns off her music without asking. There were so many examples of Dan disregarding Daisy’s well-being and feelings that one is hardly surprised when he attempts to rape her.

I make him sound like a monster, but that’s only because he is. Yet, in true 1940s melodrama form, he comes across as reasonably likable. At the end of the film, Daisy very rightly and reasonably tells him that most of his actions were simply him trying to run away from his own responsibilities, and I almost cheered out loud because that’s the kind of logic conspicuously absent from most melodramas. 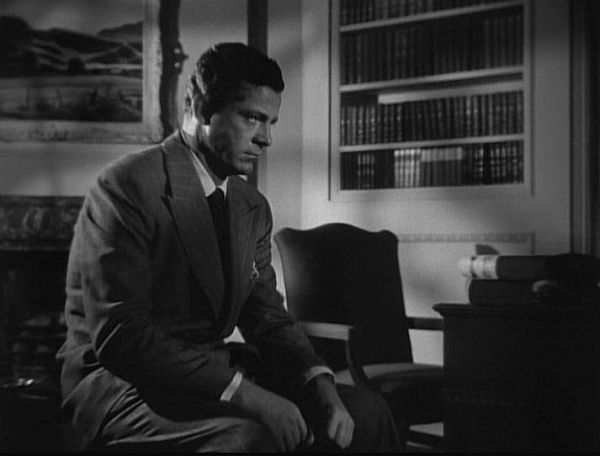 Henry Fonda is best when he plays the guy who seems initially pleasant and together but turns out to be troubled and more than a little confused. He was 100% tolerable in “Daisy Kenyon,” and I say that as someone who once pissed everyone off by saying she hated Fonda with a passion.

Joan is phenomenal. This is a role that goes beyond the usual melodrama she was given, and she proves unquestionably that she could act. While fans of her melodramatic roles such as The Damned Don’t Cry and Harriet Craig will enjoy this, I think you’ll also notice a deliberate attempt by Preminger to step away from overt melodrama and delve into genuine adult emotion. I’m thinking specifically of the car crash scene, which is filmed from a distance in a scene of significant length with few (or no) cuts. It could have so easily become a Lana Turner Bad and the Beautiful moment, but thankfully it held restraint and, as such, was much more powerful. 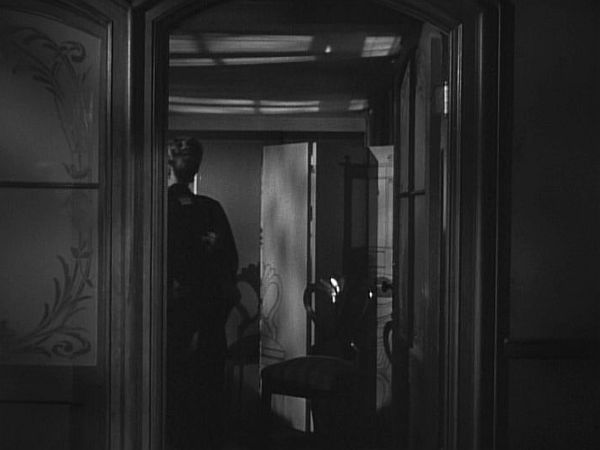 Look closely at the room divider inside the doorway. The screen has a black line drawing of the right half a chair which perfectly lines up with the actual chair directly behind the screen. Later in the film when Daisy is making coffee, you can see the black line drawings on the right side of the screen match up with the cabinetry in her kitchen in the same manner.  Neither the screen nor its design are ever directly referenced, but it’s a clear indicator of Daisy’s taste and artistic ability, and it’s fantastic.

In the special features, Robert Osborne says that Joan was way too old for the part. Bob’s said this kind of thing before and I usually disagree; in this case, I vehemently disagree.  Joan and Henry are the same age, and Dana is just under 4 years younger than the both of them. In characterization, Peter is a man who has been married before and who went back into the Army after the war. He is clearly not a young soldier type who hasn’t started to live yet. Daisy is an accomplished career woman who has been an illustrator for a long time and is quite set in her routine. She has control over her life and she likes it that way. Daisy is a little hardened and old enough to have shaken off the unrealistic romantic notions of youth. I think the entire character would have been altered for the worse had it been a 20-something woman — at one point, Jennifer Jones was seriously considered for the role — engaged in an affair with a married man in his early 40s with a daughter in her teens. 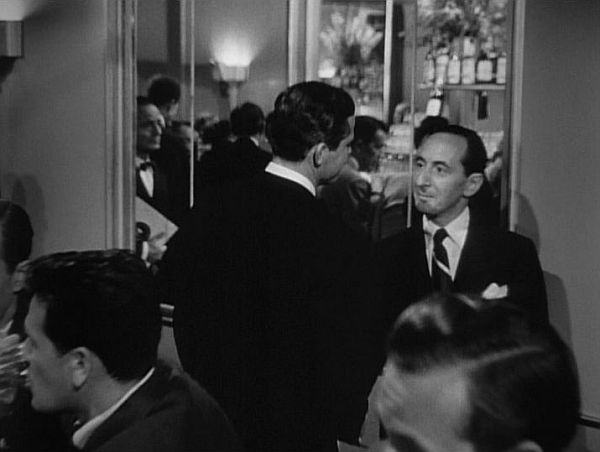 Also noted in the DVD documentary is a brief mention of John Garfield sitting in as an extra. Garfield is on the bottom left of the frame.

Joan looks lovely in the film, and the overdone lighting to make her look younger is often unnecessary. One of the things I love about Daisy Kenyon are her freckles in some closeups: 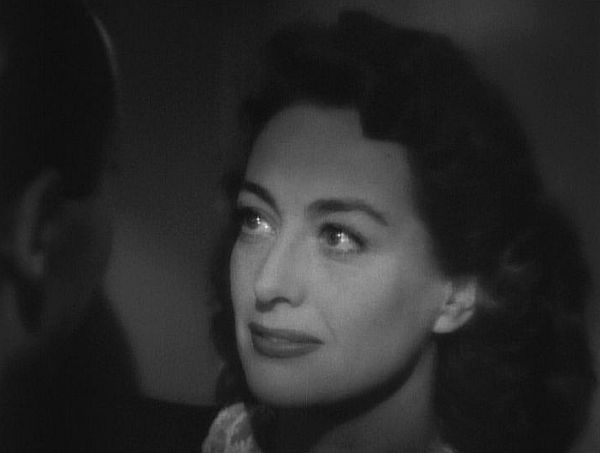 She looks terrific. I’ve always loved her freckles. In other scenes where they do the forced forehead shadow a la Mildred Pierce, she looks a little silly. 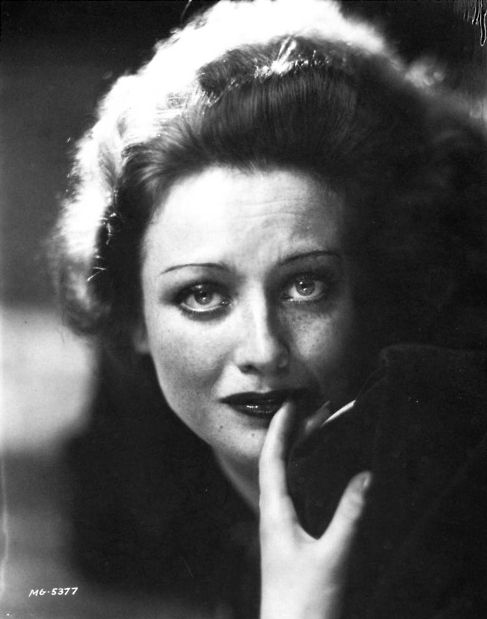 Joan in 1930. Portrait by George Hurrell.

Ultimately, no one in Daisy Kenyon is playing much younger than their actual age, except perhaps Joan who is trying to be more like 37 than 41, which is hardly scandalous or unreasonable. The issue of the acceptability (or not) of Joan’s age resonates, I think, because the character of Daisy is a complex amalgam of many things, including of Joan Crawford herself. The contradiction of Daisy is that she has such strength of character, yet so easily crumbles into despondency, indecision, and drama. Are we seeing Joan’s own personality peek through, or are we seeing Joan in the strong moments and Daisy in the weak? Preminger likely wanted us to ask ourselves that very question, and that he delighted in knowing that we would never have an answer.