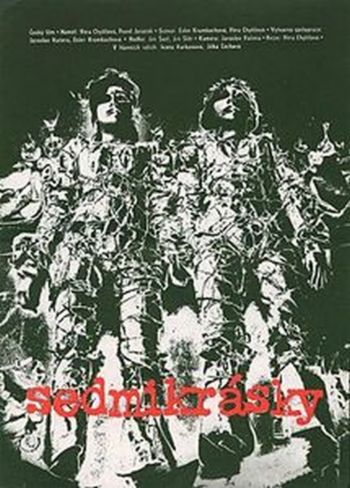 My project to watch all the films on the They Shoot Pictures, Don’t They? Top 1000 list continues apace. Here are the films that I saw during the back half of 2013:

Star Wars: Knowing of it only through reputation, I was expecting something more outlandish, silly, ridiculous. Really, the only truly bad part of the film was Carrie Fisher’s… well, I don’t want to call it an accent because that would be an insult to accents, but whatever she was doing with her voice was very silly. Anyway, turns out Star Wars is a real movie! With Peter Cushing and a plot and everything! I was glad to have seen the theatrical release and if I ever have to watch the revamped versions I will probably cut a bitch, no joke.

Days of Heaven: One of the many films on the list that I am pretty sure I have seen, but I failed to remember enough of it to convince myself to cross it off the list before watching it again to be sure. It was nice to revisit and be reminded, after Lace, that Brooke Adams can act if she’s given proper motivation.

There Will Be Blood: Couple this with PTA’s The Master, and you have some impressively intimidating philosophy on religion, capitalism, and the myth of the American dream. These two films have been occupying my thoughts for months.

The White Ribbon: At the risk of looking like a dink, my main thoughts on this are not about the film itself, which was quite good, but about the film stock. Someone on Twitter seemed a touch put out when I said I hated color film that had been modified to look black and white. There’s a greenish tint that results from the change, and I admit that this weird color bothers me; I have no idea how the process is done in any format, let alone digital, so I can only speak to the results. Whoever it was on Twitter — and I’m sorry, I’ve forgotten who — suggested The White Ribbon as an example of how lovely color film that has been changed to black and white can look. It was next on my Netflix queue anyway, so I had this Twitter conversation in mind the whole time, and it’s true, much of the film is gorgeous, but there were still some scenes with that tell-tale greenish tinting to them, and it just puts me off. It’s not as though I’ll rail against this film as being unworthy because of it, it’s just a personal preference.

Inland Empire: Turns out, David Lynch can make a movie I don’t like. It’s nice as a skewed, half satirical retrospective, and the filmmaking is impeccable, but I personally could not engage with the film.

If I want to watch all of the TSPDT films before I die, I’ll need to put more game into my game, which I think I said earlier this year, but I’ll repeat it because it’s still true. About two dozen of the films on the list are sitting around in some form in my house — The Leopard was recorded off TCM but is missing the first few seconds, THANKS OBAMA — and another 20 or so I just need to confirm I have seen, so I have no excuse to not make a bigger dent in this project, other than I seem to get swamped with writing assignments quite a bit nowadays.

More comprehensive end-of-year jibber-jabber coming in the next few weeks! Hold your breath!