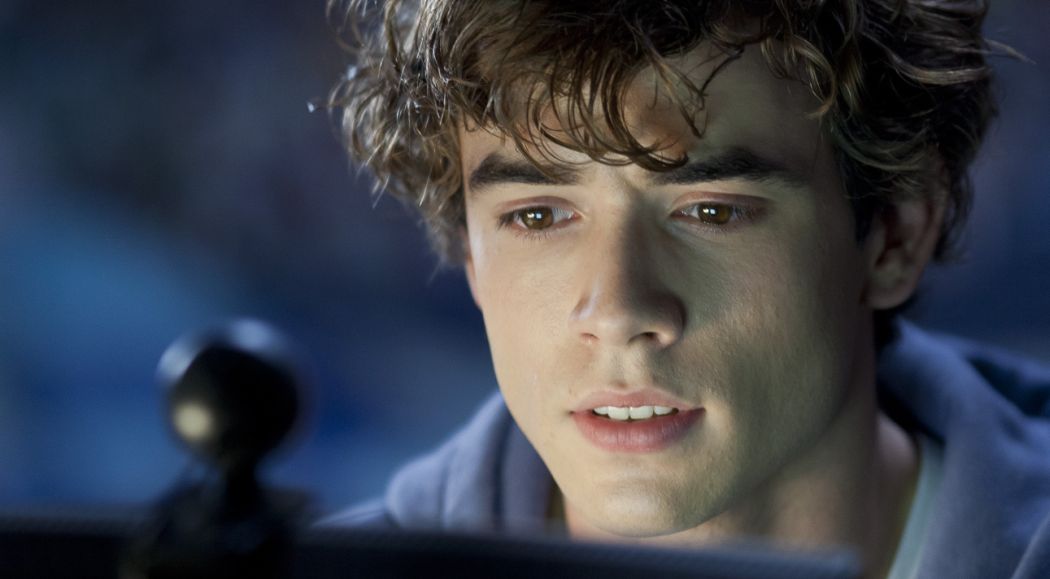 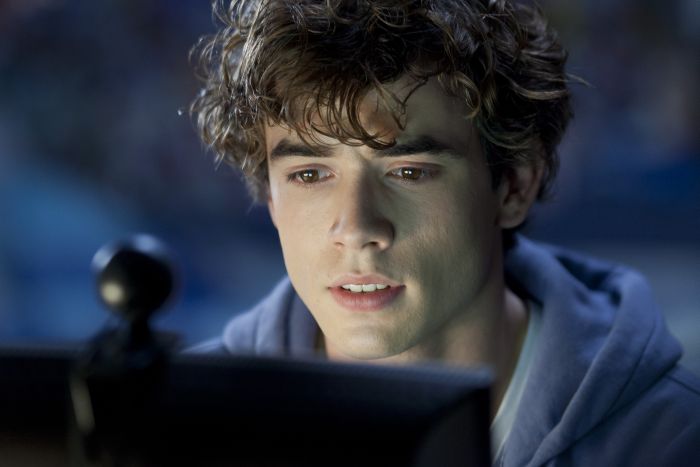 U Want Me 2 Kill Him? opens with a date: June 29, 2003. This date is not merely an indicator of the real life events that inspired it, but to anchor the film to a certain moment in culture, a time when society was still in the early stages of learning to live with a constant, low-level fear after the terrorist attacks of 9/11, the kind of paranoia many had hoped would be shaken off permanently at the end of the Cold War. This paranoia is heightened by both the spectre of constant surveillance and its actuality, namely in the CCTV cameras that clutter the London landscape, recording every move. That 16-year-old Mark chooses to stay home is no surprise; what is a surprise is Mark’s willingness to leave his own webcam on constantly, allowing all those he chats with online to watch him as he just walks around his room or does a few sit-ups. Mark never notices that he’s the only one in his online conversations with a webcam on.

Even though Mark (Jamie Blackley) has his share of hook-ups, the dames in the world of U Want Me 2 Kill Him? are nothing but trouble, and his true affections are saved for the lovely Rachel, a young blonde he only knows through an internet chat room. Night after night, Rachel talks dirty to Mark, then tells him her troubles, frantic over her violent boyfriend and her escape into the witness protection program. In her final chat with Mark, she begs him to look after her young brother, John (Toby Regbo), who gets picked on at school.

Based on the 2005 Vanity Fair article by Judy Bachrach, U Want Me 2 Kill Him? traces this odd friendship between the handsome, tousled Mark and his bullied schoolmate John. That Mark is being manipulated by someone online is obvious from very early on, but the pacing of the film is exceptional, as is the performance by Jamie Blackley as the gullible teen, and the why of the manipulation becomes more important than who is behind it.

As the tales spun in the chat room become more outrageous, Mark’s dependence on that manufactured reality becomes stronger. Meanwhile, the adults around him suffer from a vague, ill-defined malaise they try to tamp down with sword collecting and lottery tickets. These glimpses of uncomfortable family lives add depth to John’s and Mark’s decisions, though so much of what they do makes no sense at all; yet that, in a way, makes all the sense in the world. Both are young men caught in that awkward space where hormones, imagination and impatience for adulthood mix, to potent and often illogical results.

Somewhat strangely, the details of the actual crime are even more compelling than the cinematic version. Reality lacks clean lines and tight metaphors, however, and the real-world crimes play out in a manner that seems almost deliberately designed to frustrate the cinephiles amongst us who would undoubtedly recognize bits of films, everything from Heavenly Creatures to Rage in Heaven, in the recounting of the crimes. Director Andrew Douglas does well in sorting what really happened into an organized narrative, but in doing so, relies far too heavily on a reveal the audience saw coming moments into the film. It’s not the reveal that matters, anyway; the inevitability of U Want Me 2 Kill Him? is the real attraction here, a slow burn that culminates in a flash of violence and truly terrifying psychological aftermath.