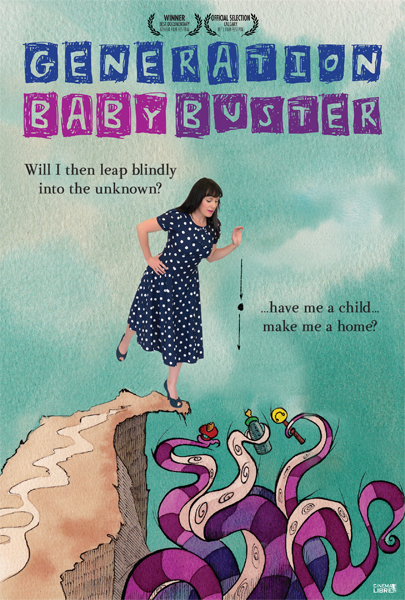 When I had my first serious boyfriend in high school, I discovered that my parents had been secretly following me around on our dates. I started to see them parked at the far end of the lot when we were walking into a movie, or driving the alleyways behind McDonald’s, or showing up at the swimming pool in the summertime, peeking in through the fence at their 17-year-old daughter, certain that if they averted their gaze for even a moment, tragedy would strike.

A decade later, I was lightly joking about all this as my co-workers agreed that my parents’ behavior was excessive, when a voice bellowed across the room. “I do the same thing with my daughter!” a co-worker shouted, “It’s completely normal. She’s only 16! If you had any sense, you’d know that children have to be protected.”

Then she narrowed her eyes and pointed her finger right at my face: “You should never, ever be allowed to have children.”

It’s this attitude that author and columnist Lenore Skenazy skewers in Terra Renton’s documentary Generation Baby Buster, an examination of the reasons behind women choosing in greater and greater numbers not to have children. In the film, Skenazy describes, with visible distaste, an advertisement for a product designed specifically for parents to track their teens for every step of their lives. The commercial, which received some criticism at the time, is just one symptom of our current cultural trend toward overly worried, hyper-controlling parents.

This is one of many issues brought up in Generation Baby Buster, which attempts to look at the choice to have kids from all sides. Filled with interviews with stay-at-home moms, and couples still in the deciding stage, as well as authors such as Corinne Maier, Neil Gilbert, Ann Crittenden, Bonnie Fox, Dr. Heather Shapiro and more, the prime focus is on why previous generations had more children than we are having today. Today’s pressures on parents and the economics of child rearing are of specific concern, with some interviewees positing that kids don’t fit into the current capitalist work-spend cycle, thus parenthood is devalued in a way it has never been before… with the exception of the parts of childhood that corporations can monetize, like toys and safety items, of course. Others, however, claim that we live in a world where we are indulging in a series of unnecessary expenditures and those who claim they cannot afford kids are simply wrong.

There is no resolution to these arguments, which truthfully are never presented as arguments, but rather as a series of short interviews meant to spur discussion. A good documentary never provides all the answers, but Generation Baby Buster touches so lightly on the topic that it almost forgets to even ask the right questions. Each interview is presented separately, with some re-enactments or animation in between. These segments are singular and isolated, with almost no connection to anything else in the film, giving the documentary the clinical feel of a corporate or educational film meant to be watched in a group and debated afterward.

Writer-director Terra Renton uses her own personal decision regarding children as the glue meant to hold the entire discussion together, but it’s difficult to care. It’s not that her decision is unimportant or off topic, but that Generation Baby Buster never lets us get to know Renton, certainly not enough to care about her life choices. More troubling is the fact that every single one of the couples shown are heterosexual and at least middle class, and almost all are white. There isn’t even any mention of single moms beyond the threat of divorce after marrying and having children.

Such a narrow focus turns the film into a vanity project, as though Renton was specifically looking for people just like her and, unintentionally, considered those outside her socioeconomic class and demographic to be invisible. Beyond that, the tone of the narration is chatty to the point of irritation. Every sentence is pithy, punny or clever in the same way the titles of articles on those large clickbait websites are clever. Far too often, some cheery narration or animation is deployed specifically to undermine a serious topic that has just been discussed. These lighthearted moments feel forced, as though Generation Baby Buster was trying to hide that it was too frightened to truly dig into such a complicated issue.