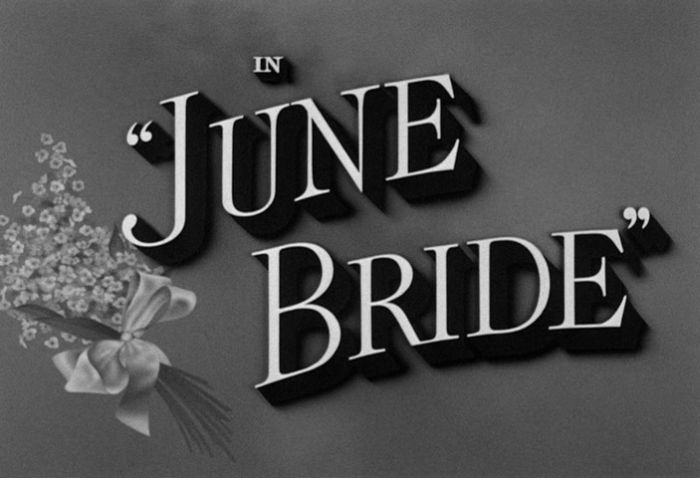 Carey Jackson (Robert Montgomery), foreign correspondent for a huge magazine conglomo, has found himself in his employer Carlton Towne’s leather-lined office (“Must be like living in a wallet”), about to be fired. The company is closing their Vienna office because of post-war censorship, but there’s no work for him back home, either. At the last minute, Towne (Jerome Cowan) offers Carey a job with their women’s magazine Home Life.

But this is June Bride, a 1948 Warner Bros. romantic comedy, so there’s a little snag with this plan: Home Life’s editor Linda Gilman (Bette Davis) is not only exceedingly difficult to work with, but Carey’s former flame. She’s so tough, in fact, that Carey maneuvers himself into a $200.00 per month raise, just for doing Towne the favor of telling Linda that Cary is her new columnist, so Towne doesn’t have to do it himself. And just as predicted, Linda loathes the idea of working with Carey, while Carey is both smooth and hostile to her, in hopes of keeping his job. 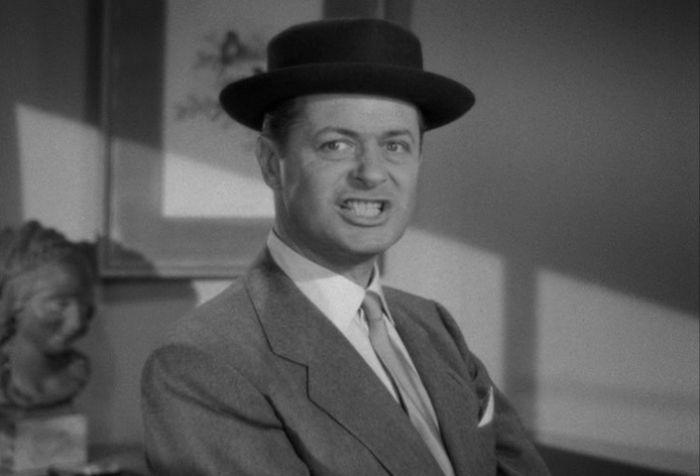 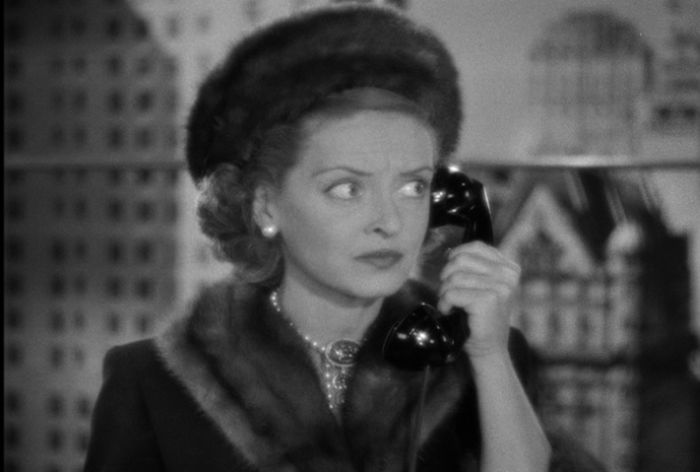 Linda’s having none of it.

Carey of course makes moves on Linda immediately, slipping into her apartment after a dinner out and turning off all the lights, because dumping her without saying a word three years prior is a total turn-on, you know. 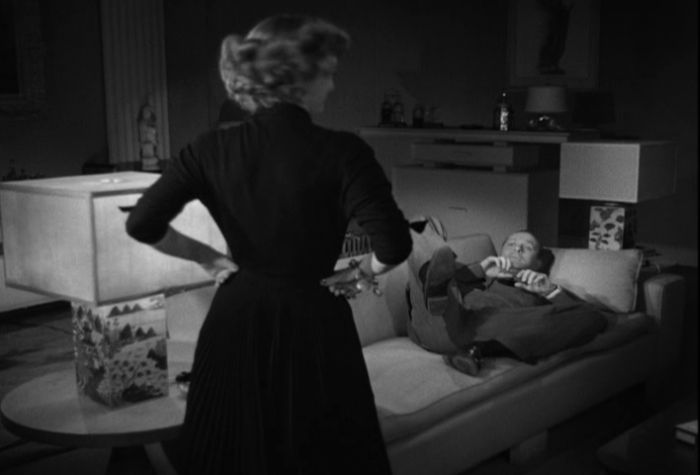 She knocks him down; he’s lucky he landed on his padded butt on her padded couch.

He’s also lucky in that she acquiesces and lets him keep his job. First assignment: Crestfield, Indiana, and the wedding of a lovely 19-year-old girl to her next-door neighbor. The house is given a makeover, which it sorely needs; the foyer looks like it’s right out of Psycho. A feature article, entitled “June Bride,” is planned. But Carey can’t handle such dull, domestic normality, so he immediately sets to digging up dirt on the Indiana family. which threatens both the wedding and the magazine’s feature for that month. Meanwhile, he and Linda reconnect, but she doesn’t want to give up her career, and he doesn’t want to stop galavanting around the world at whim. I don’t want to spoil the outcome for you, but this movie was made in 1948, so you can probably figure out for yourself where it all ends up. 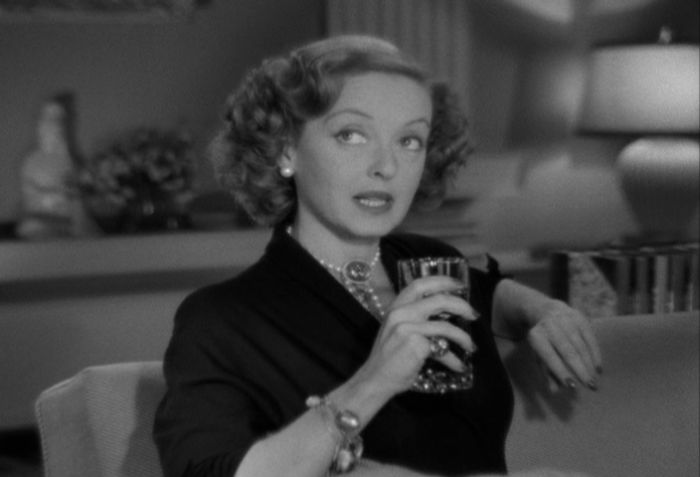 Bette looks terrific in this film.

There are a few signs of a quickie production in June Bride, at least by Warner standards, but this is a comedy so a lot can and should be forgiven, as far as production values go. But the dialogue is terribly adult, taken directly from the play without much editing, often reminiscent of pre-Codes. June Bride is lots of fun and much snappier and wittier than reviewers give it credit for, though to be fair, it does occasionally buckle under the weight of post-war sensibilities.

Bette so rarely had a chance to be light, happy or fun, and her role in June Bride offers her that chance. Bette, however, was having less fun behind the scenes than in front of the camera. She liked Robert Montgomery well enough as an actor, but his personality grated, and she complained that he would steal scenes; she once referred to him as the “male Miriam Hopkins.”

Similarly, Davis reportedly refused to pose for “happy” promotional stills for this film, resulting in the publicist ordering the photographer to grab photos of her laughing during filming or backstage. 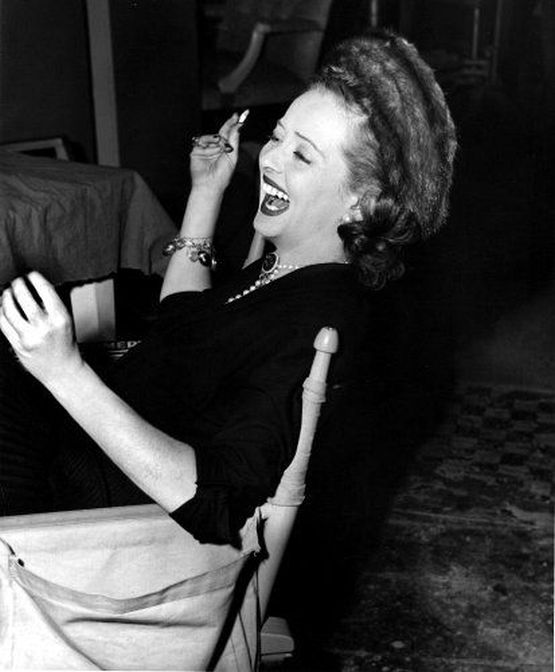 There is a whole series of photos of Bette and Robert horsing around off set, and many of these were used in publicity: 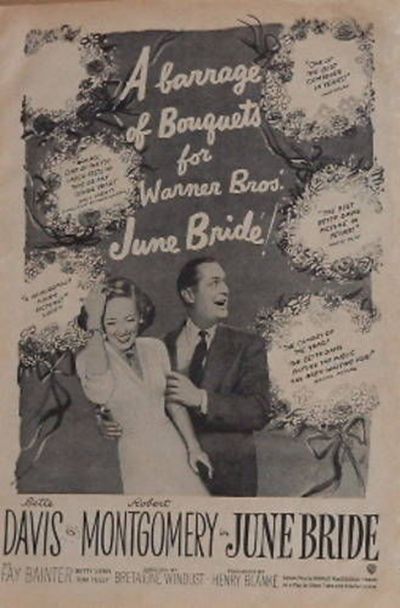 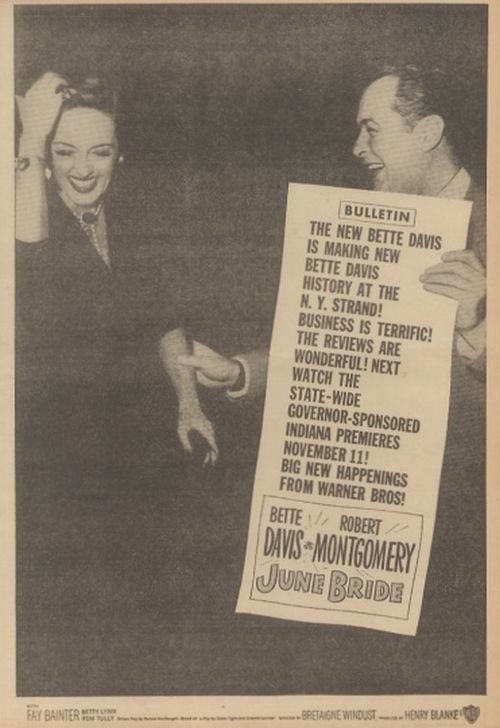 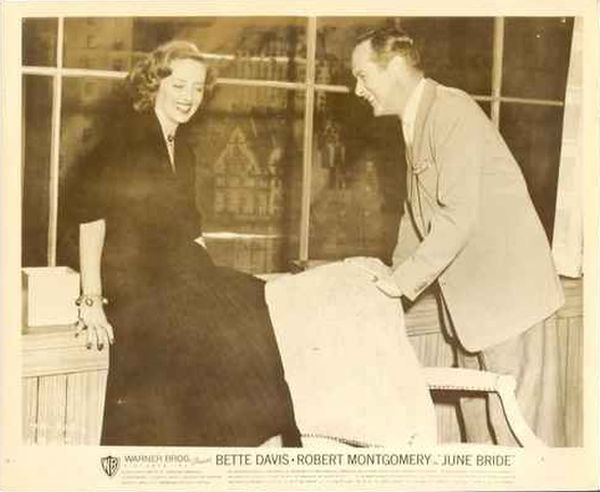 Yet here’s Bette smiling and happy for some posed publicity stills; clearly, she didn’t refuse to smile, or if she did, the refusal was temporary. 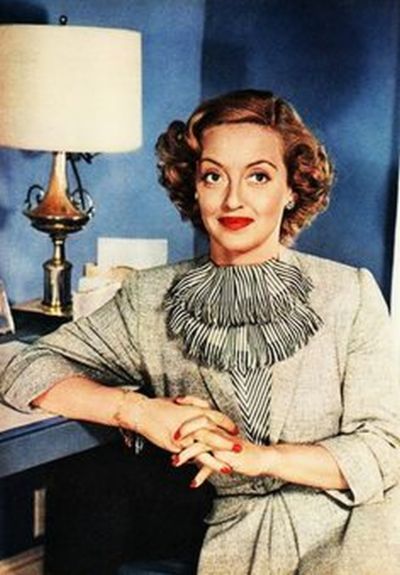 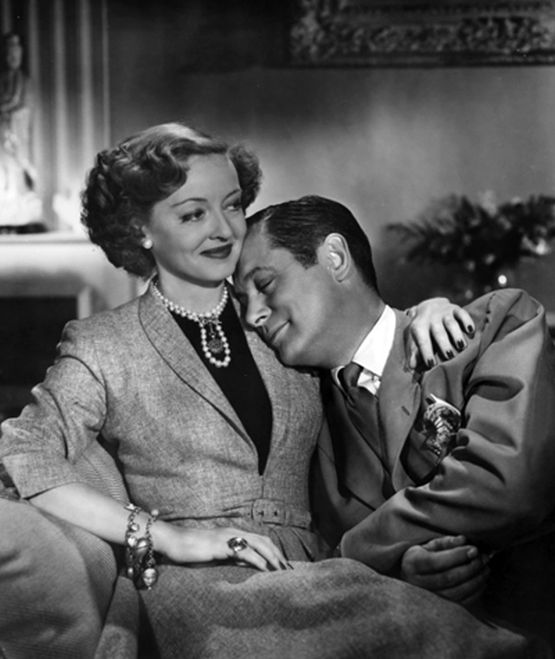 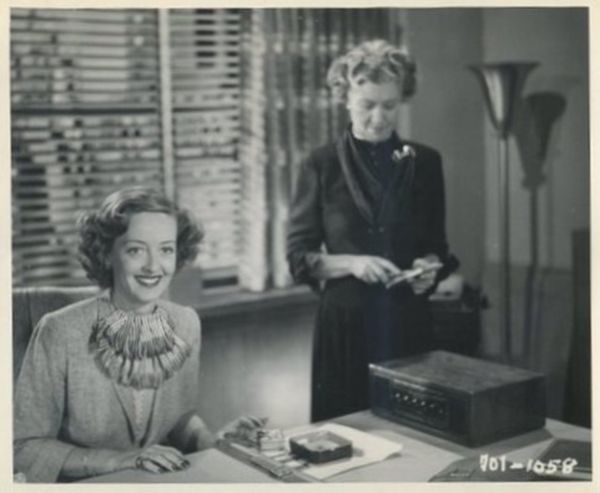 The one above is my favorite, courtesy my good pal Cliff’s entertainment memorabilia store Immortal Ephemera.

The supporting cast of June Bride is stellar. Fay Bainter and Mary Wickes co-star, as does Barbara Bates, who would go on to play the small but pivotal role of Phoebe in All About Eve. George O’Hanlon, best known as George Jetson and Joe McDoakes, has a small role. Debbie Reynolds can briefly be seen behind the bride as the camera pans to the left during the wedding.

Warner Archive has released June Bride on its standard, bare-bones MOD DVD with the movie and trailer. The print is good, likely the one shown on TCM, though when compared to the copy I recorded off the channel, the DVD is better by a significant margin, especially in sound. If you’re a Bette Davis fan — and if you’re not, then you’d better become one right quick, because she’s terrific — June Bride is a must-see film.