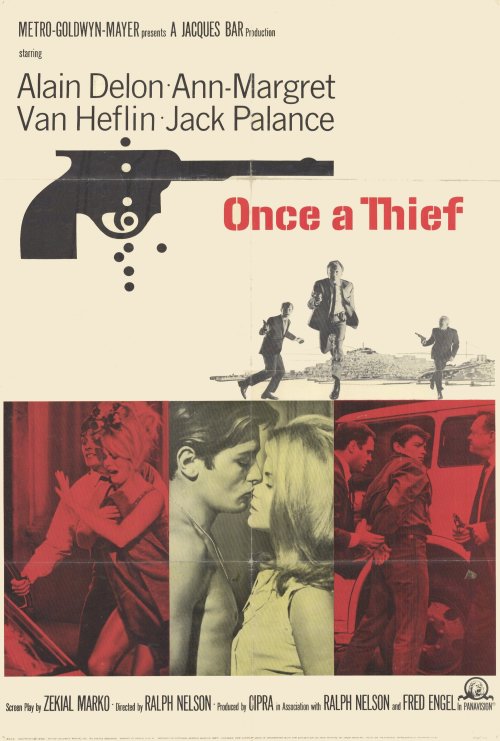 Ralph Nelson’s jazzy, hard-boiled noir Once a Thief stars Alain Delon as Italian (!) immigrant Eddie Pedak with a criminal past who’s just trying to go straight, but his gangster brother Walter (Jack Palance) keeps dragging him back into the fold. Opening with the cold-blooded killing of grocery store owner Lisa Wing (an uncredited actress), we discover her husband (also uncredited) has seen the killer, and his description catches the attention of Inspector Mike Vido (Van Heflin). Seems Vido knows exactly the kind of car Eddie drives, the kind of coats he wears, and the kind of bullets that come from his gun, because one of those bullets was dug out of his gut a few years prior. When the bullet that killed Lisa Wing matches the bullet that shot Vido, he goes after Eddie.

But Eddie is being framed by his brother as incentive to get him back into the game for one last million-dollar heist. Eddie resists at first, but he loses his job when Vido drags him off for questioning. Then his wife Kristine (Ann-Margret) has to go to work as a waitress at a bar to make ends meet, and Eddie starts feeling all the testosterone draining out of his body, what with having to rinse off dishes while she’s working and all, so he drags Kristine from her job, essentially sexually assaults her and beats her up in front of all the patrons, then tells Walter he’ll do the big heist after all.

As late-period noirs go, Once a Thief is not bad, but its insistence on making Eddie’s testosterone-fueled inadequacies the central focus doesn’t really work. The dialogue is a little iffy at times, too, especially with the Hollywood hipsters of the opening scenes, whose lines are heavily cribbed from Allen Ginsberg’s “Howl” and, truth be told, not that far off from the dialogue in Bucket of Blood. Still, the jazzy opening scenes, epic soundtrack courtesy Lalo Schifrin, and the drugged-out bleach-blonde psychopath Sargatanas (a really fantastic John Davis Chandler) are effective, and it’s no wonder more than one person has dubbed this film “beatnik noir.”

Van Heflin and Jack Palance give some pretty great turns in Once a Thief, with Heflin giving the film some solid noir cred. Palance is all shaky-voiced intensity, and though his relationship with Sargatanas is unhealthy in a way that’s very similar to his relationship with a previous platinum blonde psycho in The Big Knife (1955), he approaches the role with a professionalism it almost doesn’t deserve. 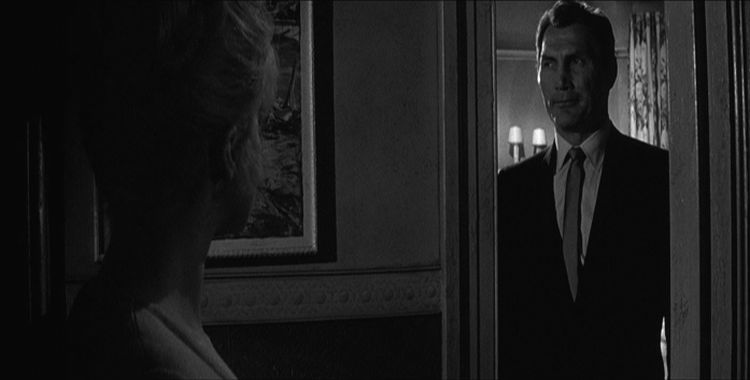 Zekial Marko, the author of the novel on which Once a Thief is based, gives a surprising performance as Luke, a druggie beatnik friend of Eddie’s who has been picked up by the cops for the death of a woman living in his apartment. Marko, a convicted felon who spent some time in jail prior to becoming an author, wrote mysteries and thrillers under the name John Trinian for many years.

Another Marko novel called The Big Grab had been made into a French noir in 1963 called Any Number Can Win, also starring Delon, with Jean Gabin as the French version of a bleached-blonde psycho, i.e. a blonde-for-grey anti-hero. Once a Thief seems to be the American answer to that film’s success, and is probably why much of the film resembles Bob le Flambeur, an obvious influence on Any Number Can Win. The heist in Once a Thief is also reminiscent of Rififi and The Asphalt Jungle, as many critics at the time noted. 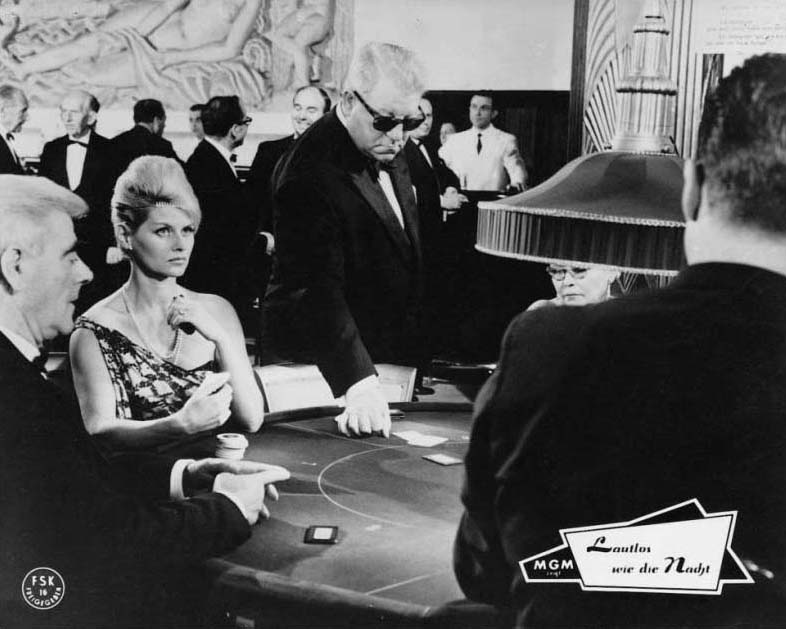 Speaking of critics, fans of vintage New York Times reviews that involve a lot of pearlclutching over crime being portrayed on screen might enjoy the Abe Weiler review for Once a Thief. He doesn’t quite reach Bosley Crowther levels of indignation over the immorality of crime on the silver screen, but it’s close.

Once a Thief, with its oversexed leads, its edgy dialogue about narcotics and “dykes” and pedophiles, and its sharp social commentary really needed to be a camp-fest. Instead, it’s a very earnest film, insistent on being downtrodden and bleak, and as such the tone never quite matches the lurid nature of the pulp paperback plot line. It’s not so much that those behind the film didn’t understand what Once a Thief was all about, but that someone, somewhere, decided that this could be a gritty mainstream film, and the focus shifted in a really unappealing way.

And, true to form, the publicity for the film promoted the hell out of the sexy times while kind of forgetting about, well, the plot. Some rather racy promotionals were sent out: 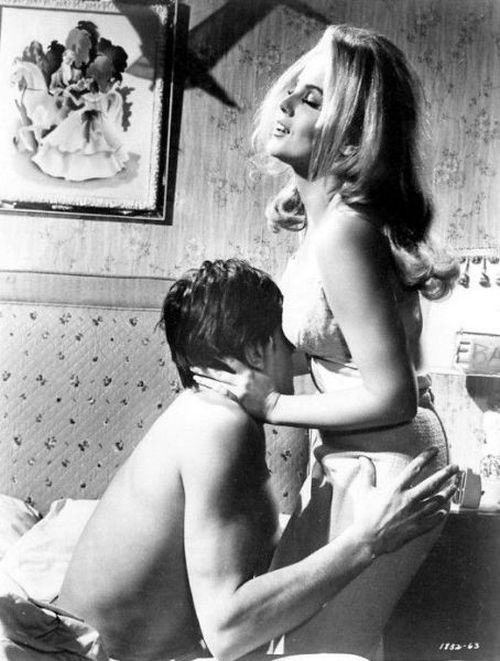 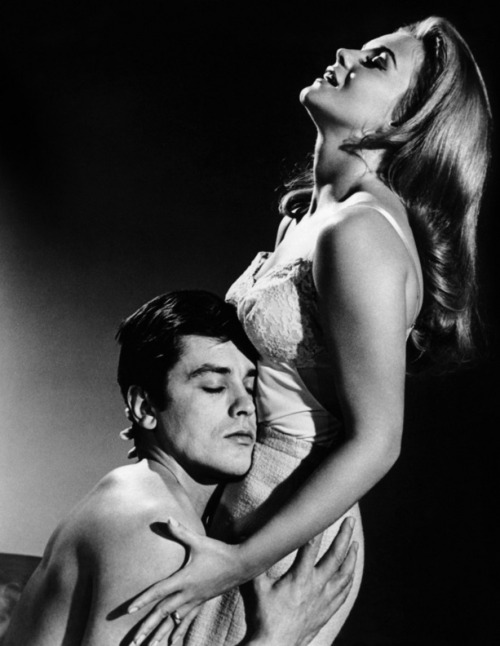 There were also plenty of pictures of Ann-Margret in her cocktail waitress outfit used for publicity, as well as pics of her nude underneath a fur coat, which has nothing to do with the film at all: 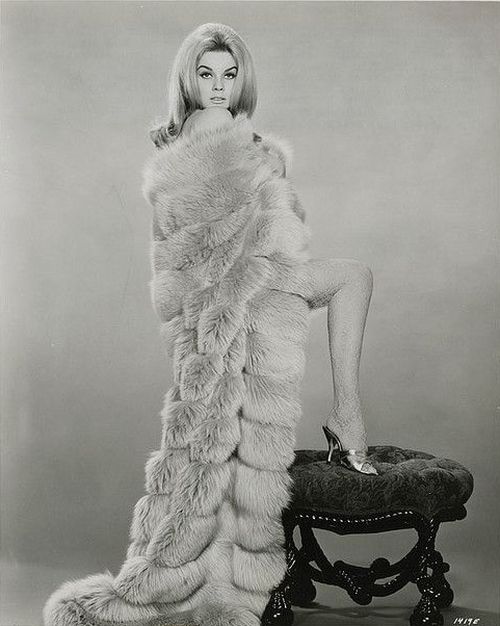 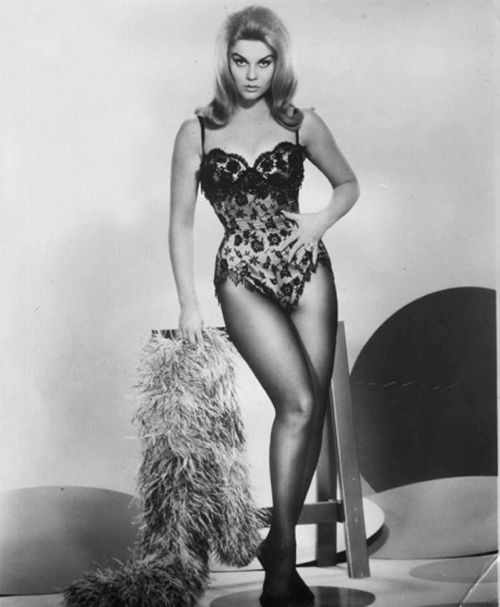 Meanwhile, publicity pictures of Jack Palance or Van Heflin are vanishingly rare. Delon and Ann-Margret seem to have been hired for their looks and little else, which is a shame, in part because Ann-Margret gives a truly terrible performance here.

If you’ll permit me an aside, I’d like to note that I don’t personally blame Ann-Margret for this performance, because she’s always been more of a singer-dancer-personality-sexpot kind of actress, and there is no shame in that. But while both actors and actresses of this type are hired for reasons other than their acting skills in films that stretch their abilities, studios and filmmakers don’t seem to care about the performance from actresses the way they do from actors. Things other than acting are focused on: sexy outfits, sexy publicity stills, sexy bedroom scenes, sexy stuff like that.

All artists need support, guidance and opportunities, and I see nothing about Ann-Margret to make me think that she can’t act, but rather that she didn’t have the experience because she wasn’t given guidance, instead just had her hair teased and was poured into a Bunny Club outfit and they called it good. Delon, meanwhile, who was probably hired for the same sexy reasons as Ann-Margret, gets more attention from the director during his performance, as well as post-production help in the form of dubbing and a couple of obvious retakes. Ann-Margret wasn’t afforded these benefits, and it’s unfortunate, not just because it’s offensive but because it hurts the film overall. 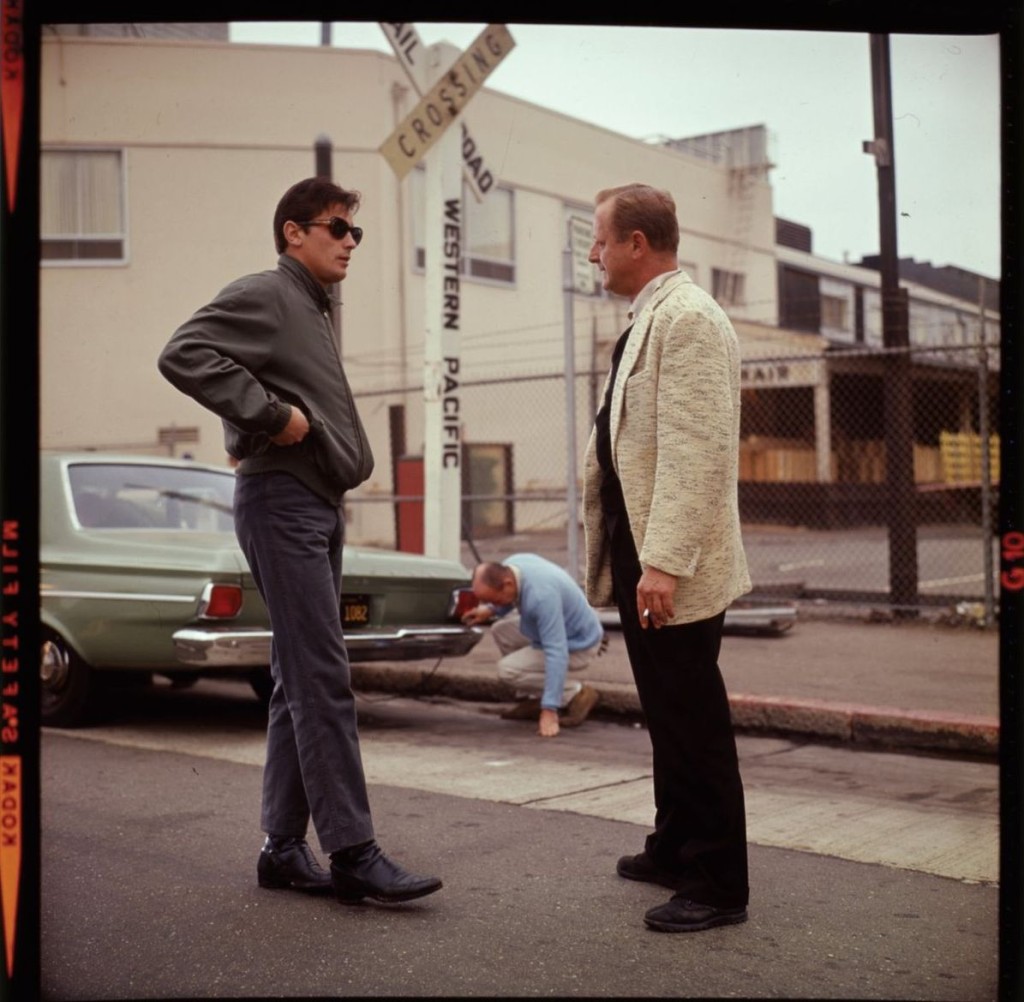 Alain Delon and Ralph Nelson during filming of Once a Thief.

Still, this film has a lot going for it, not least of which is the soundtrack, the stark realism, and most of the performances. Any film noir completist is going to want to see this, and any time is a good time for a Ralph Nelson movie.

Included in the Warner Archive MOD DVD of Once a Thief is the trailer and “The Background Beat,” a terrific six-minute featurette about Lalo Schifrin’s score for the film. Don’t let the useless IMDb user reviews scare you off, this is a fun little feature. The print looks very good and the sound on this particular release is exceptional.