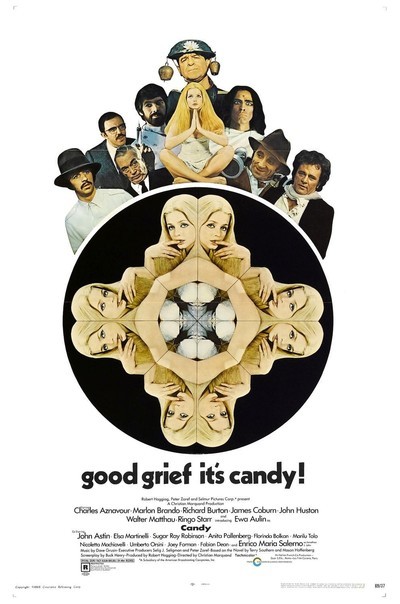 The beautifully vacant Candy Christian (Ewa Aulin) finds herself at the mercy of a series of men attracted to her body, usually while pretending to also be attracted to her mind. It begins when the Byronesque MacPhisto (Richard Burton), a poet with a rock star following and the supernatural ability to summon a dramatic breeze to billow through his hair at all times, visits Candy’s high school. Nearly forcing himself on her on the drive back to her house, he’s undone by his own drunkenness. Soon, he’s in the Christians’ basement, humping a mannequin while the family’s Mexican gardener (Ringo Starr; yes, you heard me right) humps Candy. Caught in the act, her father (a fantastic John Astin) sends her away to live with her libertine uncle (also John Astin) and aunt (Elsa Martinelli, who is perfect in the role). Circumstances lead to the family being rescued by the U.S. military, but not before her father is seriously injured, which leads to more sexual escapades for Candy with Army generals (Walter Matthau) and hot-shot surgeons (James Coburn and John Huston). 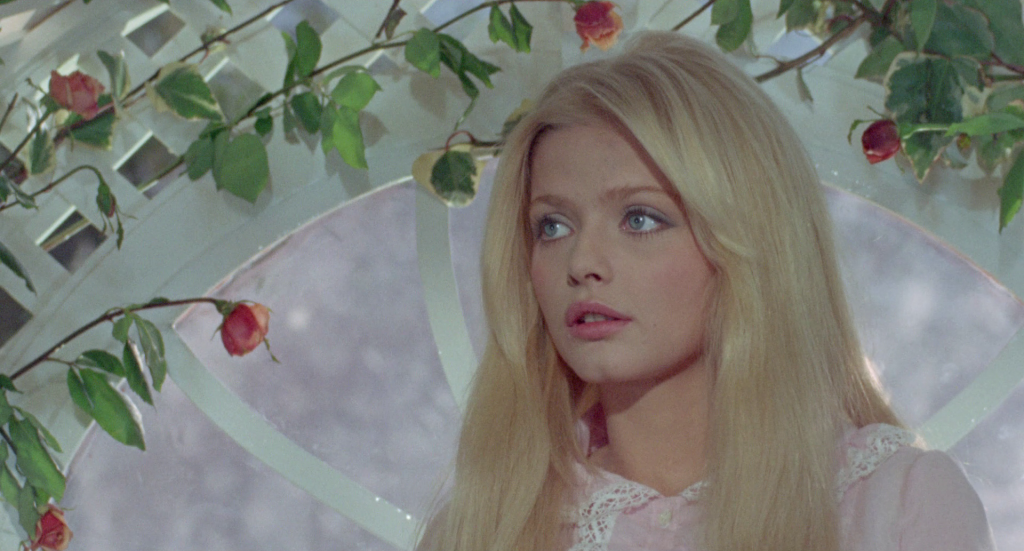 Candy was another film on the I Always Meant To Write About That list, and now that it’s here, large and in charge and on a gorgeous Blu-ray, there’s no way I can justify not talking about it, because this is a film meant to be talked about. Watched? Eh, maybe, maybe not. But you can’t not talk about this film. Unfortunately, when people talk about Candy, they usually talk about how terrible it is, because large chunks of this movie are very, very terrible. 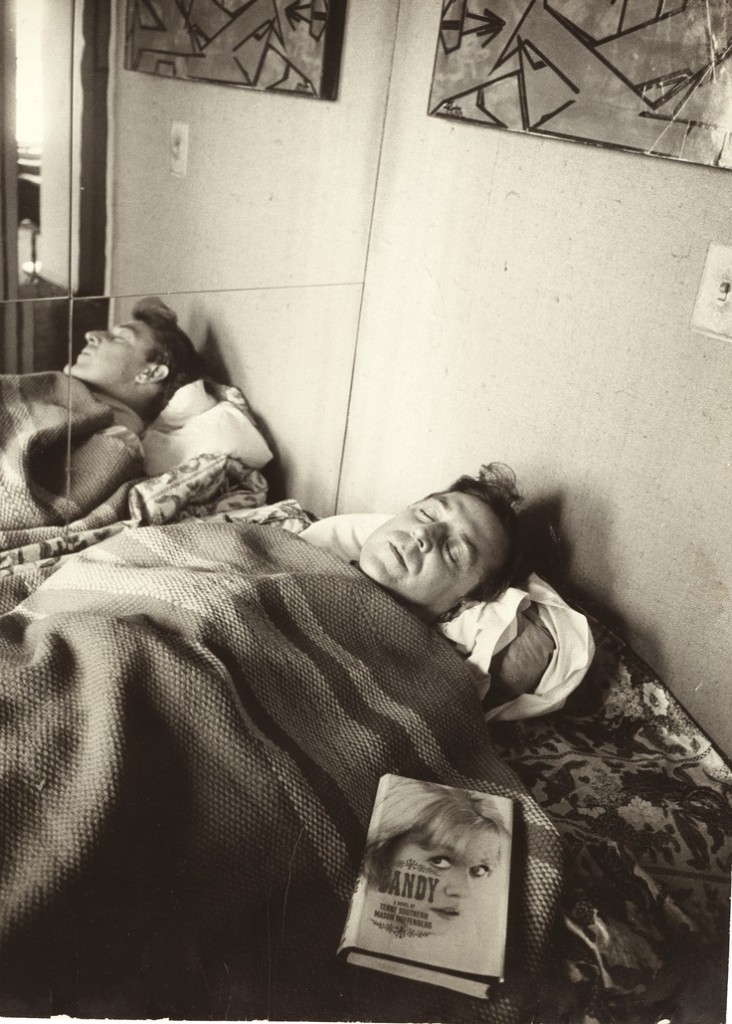 I love Terry Southern’s film work. He scripted and co-wrote some of my favorite films — The Loved One, Casino Royale, Dr. Strangelove — so it’s not a huge surprise that I love parts of Candy, though it’s obvious Southern himself did not work on the script. There are some fantastic lines here that the actors clearly relish delivering, but they’re isolated one-note punchlines, something Southern would have avoided; he had a keen ability to elevate the surrounding material around those fantastic one-liners and just make the entire script sing. 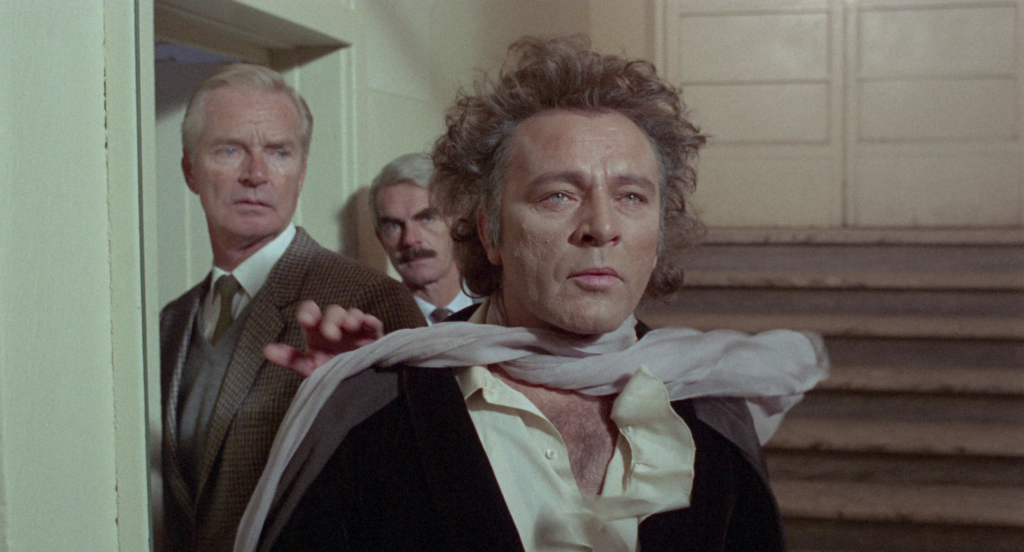 There are a couple of major flaws with Candy, the biggest being that the film seemed hell bent on not capturing the spirit of Hoffenberg’s and Southern’s work. The book is open-minded to the extreme, and the racism, anti-Semitism, homophobia and sexism in the film, all done in the name of a quick laugh, really undermine the wacky free spirit of the book (which isn’t innocent in this regard, either, but is done with tongues firmly planted in cheeks, while the movie is oh-so-earnest in its insistence that Mexicans are just inherently hilarious, what with being Mexican and all).

The film, like a teenager who just found his dad’s nudie mag stash, can’t control itself, and can’t get any further than her second encounter before portraying the entirety of the act. The act is fully clothed, mind you, and involves Ringo Starr shouting in an offensive faux Mexican accent “Viva Zapata!” at the moment of, er, completion, so it’s clear what’s going on. Much of the power in this particular genre-bending story is in Candy not giving in until the finale, and when you take that away, this just becomes another cameo-clogged farce of the What a Way to Go and Guide for the Married Man variety. 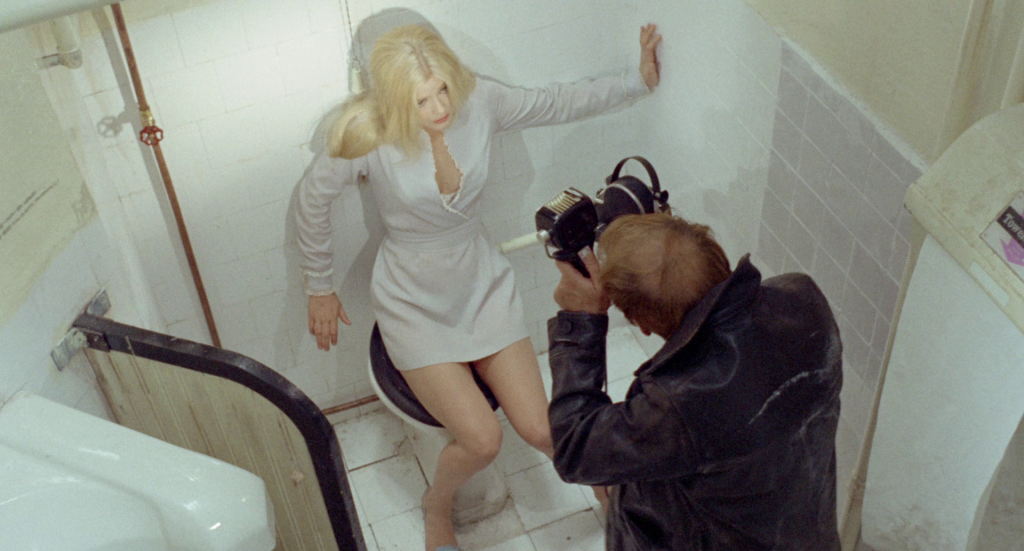 The second major issue with Candy are the performances, starting with Burton and ending with Brando, neither of which exhibit a talent for comedy. Burton isn’t really into his role, which is a shame because MacPhisto is a fantastic character, and his billowy, acid rock entrance is iconic, but Burton seems hesitant. MacPhisto moves in phrases, and each of these phrases — entering the building, reciting poetry, seduction — ends with a flourish. Like the film, Burton nails the punchlines, but he’s not so good at the set-up.

Still, may the gods help me, there is a lot to like about Candy. Does it open with unwarranted psychedelia? Yes! Does it make any sense? No! Is it an attempt by the establishment to infiltrate the counterculture and make a buck off of it? Oh, hell yeah it is; this thing is as bad as Skidoo in that regard, and if you love watching old guys trying to be hip as much as I do, you will love this film. There are some real howlers, too, like Walter Matthau, easily the funniest cameo in the film, saying with a completely straight face that “some of us haven’t had much dolce in our vitas.” 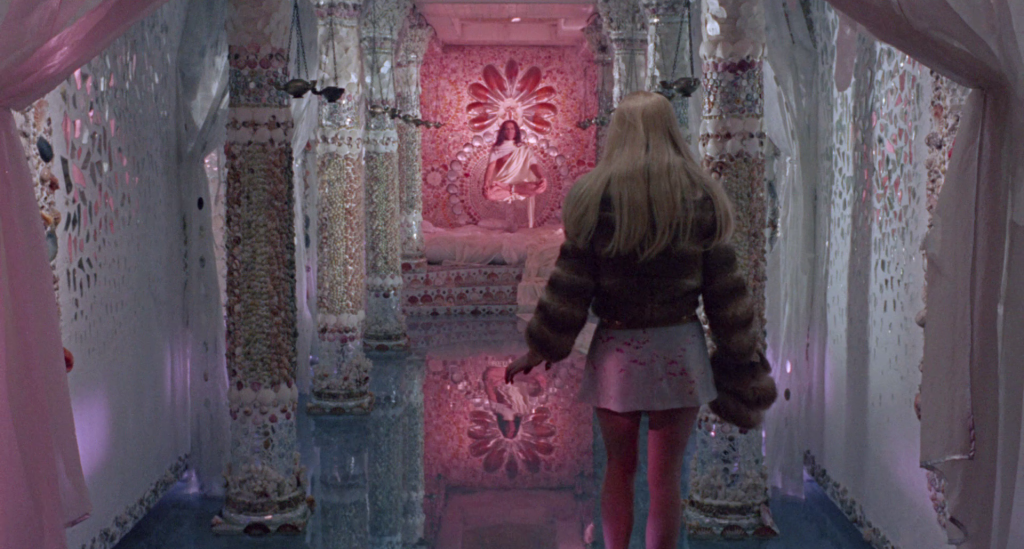 It’s also just a beautiful film with some fantastic psychedelic rock from the likes of The Byrds and Steppenwolf. The imagery is alternately gorgeous and freakish, and I quietly suspect it’s more influential than imagined. At least, there’s a whole segment featuring French entertainer Charles Aznavour that reminded me of Holy Motors more than it probably should have.

There’s also something compelling about the notion of this empty-headed, beautiful girl with the inexplicable accent whose fate is a spiritual awakening that comes in the form of a series of wacky, exploitative sex adventures. She’s kept from food and sleep and used by a whole lot of 40- and 50-something men in a short amount of time, and everyone — absolutely, positively everyone — makes demands on her body and her behavior every moment of her life, even when she’s in the bathroom, even when she’s asleep. Candy protests, but with so little force that it’s as though she hasn’t spoken at all, and we in the audience shrug off her problems as easily as those guys who are just trying to get up her skirt. 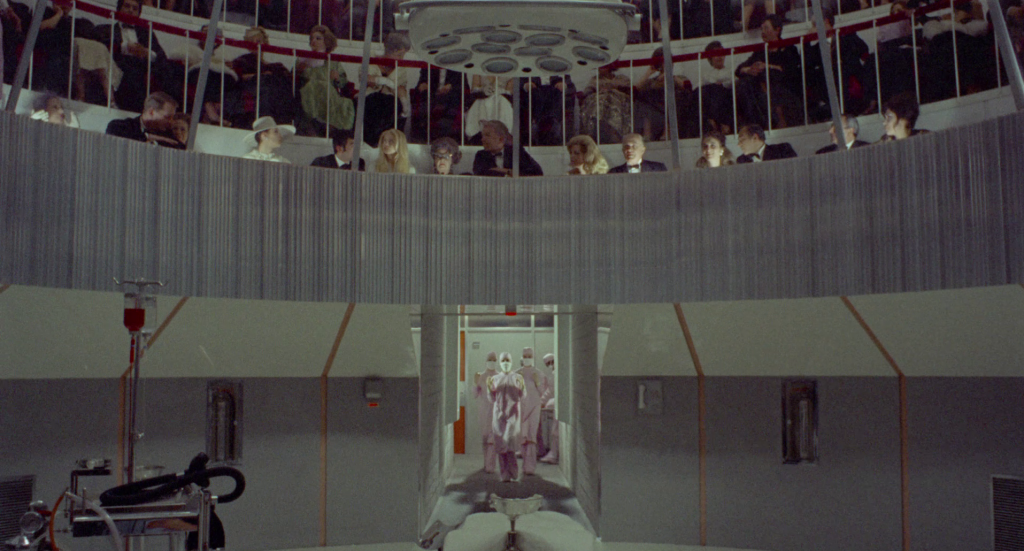 Everyone writes about Candy, which is as it should be, so if you’re itching to learn more about this magnificent tragedy of a film, try Ken Begg’s review at Jabootu’s Bad Movie Dimension. Also good is Conrad Knickerbocker’s 1964 review of the book, which hints at the fact that no one would have ever expected a book like this to be reviewed, thus wasting the alleged parody on hoi polloi who would never have recognized the Voltaire reference in the first place. It’s the kind of ego-stroking critical comment that I unabashedly love.

Candy wasn’t available in any home video format for years, not until good old Anchor Bay released it in 2001. The DVD has been out of print for about seven thousand years, but you can still find used copies online, if you’re willing to shell out about a hundo.

But you shouldn’t: as of today, thanks to Kino Lorber, you can get Candy on Blu-ray in a fantastic 2K HD restoration. It comes with interviews with Buck Henry and Kim Morgan, the original trailer, and some radio advertisements. They are wacky.