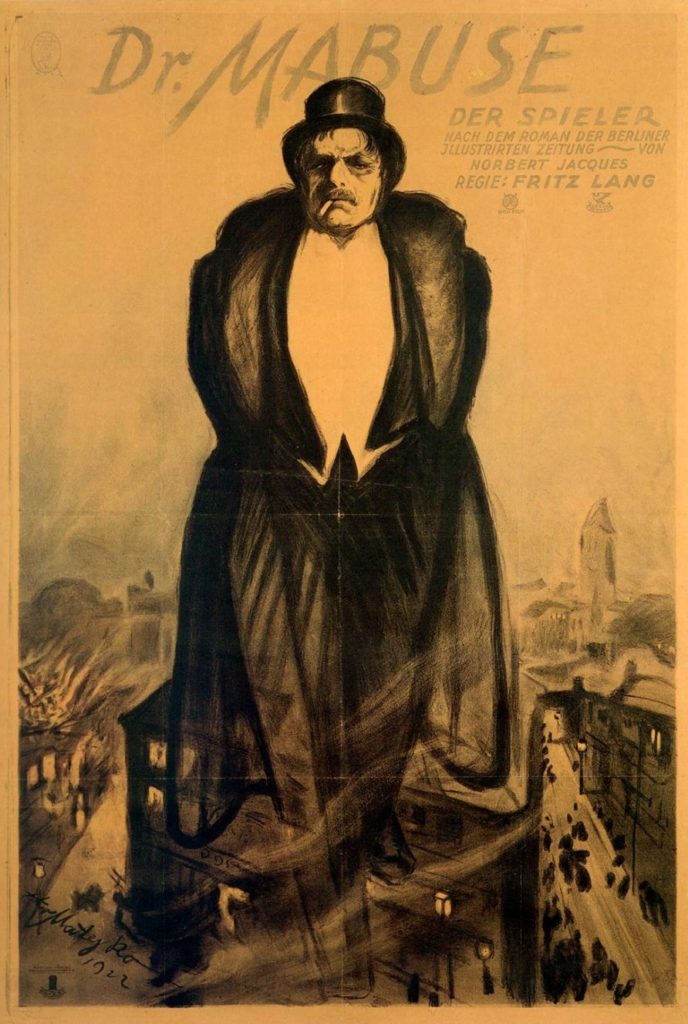 Criminal mastermind Dr. Mabuse (Rudolph Klein-Rogge) and his assortment of henchmen are out to take over Berlin. Their first move is to cause a stock market collapse, earning millions by buying low and selling high. From there, Mabuse uses his powers of hypnosis to scam handsome young millionaire Edgar Hull (Paul Richter) in a card game. But Hull and his buddies realize something is amiss, and soon Detective von Wenk (Bernhard Goetzke) is on the case, trying to catch the elusive master of disguise before he succeeds in his dastardly plans.

Dr. Mabuse, the Gambler (1922) was director Fritz Lang’s first film about the legendary criminal made famous in pulp novels. Originally released in two parts, one a month after the other, the film in total runs at about 4 1/2 hours. It’s divided up into chapters that turn the film into one long movie serial, yet it works better than actually watching a serial all in one go. The plot has holes, of course, because it’s an outrageous crime thriller heavier on style than substance, which is why you get cheap gaming houses with elaborate flooring trickery that would have run them many thousands of dollars, and why newspapers give out way too much detail on crimes; it’s no wonder the cops can’t solve anything, the papers have spilled all the clews! 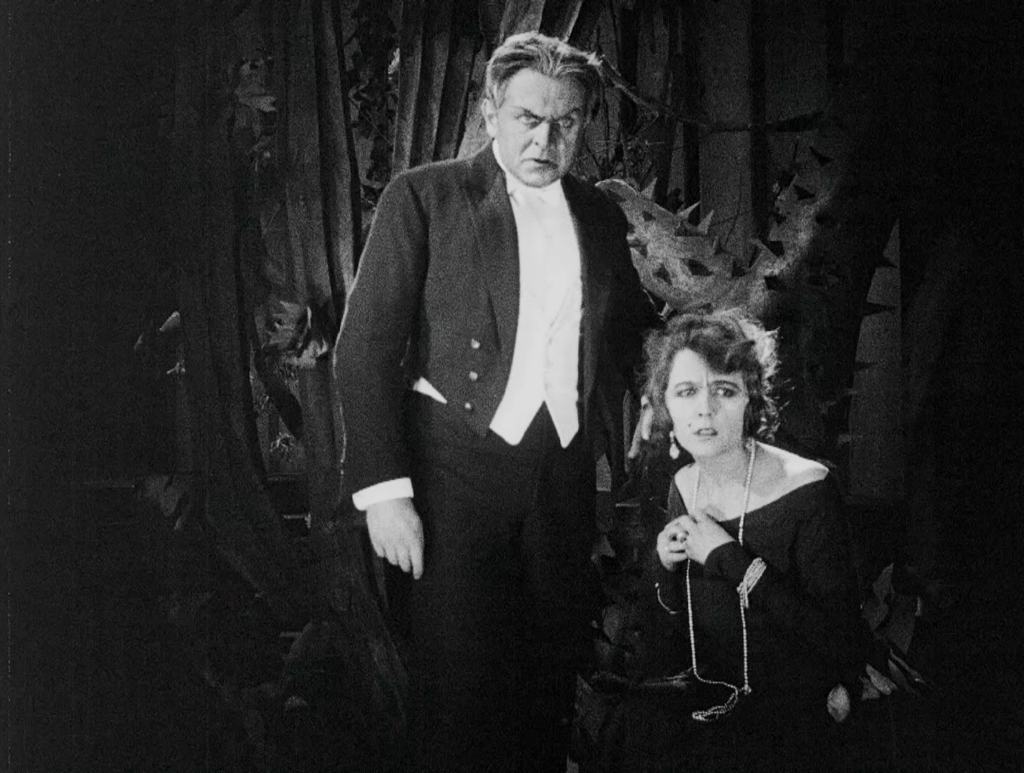 But it’s also a lot of fun. Mabuse is a timeless character: irretrievably depraved, charismatic, over-the-top and sarcastic, the kind of evildoer who just really loves his job. Mabuse changes disguises frequently — and this is my favorite part — often without any actual reason to do so. His love of lying just cannot be contained! Whether he’s grabbing a bite to eat or doing a little light shopping, there is no errand to small for him to spend three to five hours in makeup beforehand.

Though Mabuse the Gambler is a fine film in its own right, it often looks3 to be a practice run for Fritz Lang, who would reuse imagery in his classic Metropolis, and to somewhat better effect. Still, it’s impressive as hell that it’s solid work here in Mabuse, and only gets better in Metropolis. Lang also gets to play around with more humorous political commentary than in other films, where the message — and, let’s be honest, the stakes — were far higher. There are hilariously inappropriate dances and seedy scenes of nightlife that are obviously a send-up of Weimar indulgence, for instance. There’s the bitter sarcasm about the value of learning a trade, “value” being inside about a dozen set of sarcasm quotes, plus everyone’s favorite title card: “Eat some cocaine, you limpdick!” That particular title card was removed by Oberprüfstelle censors before release (along with quite a bit of scenes in the final gunfight) and was probably not seen by German audiences when Dr. Mabuse, the Gambler was first released. 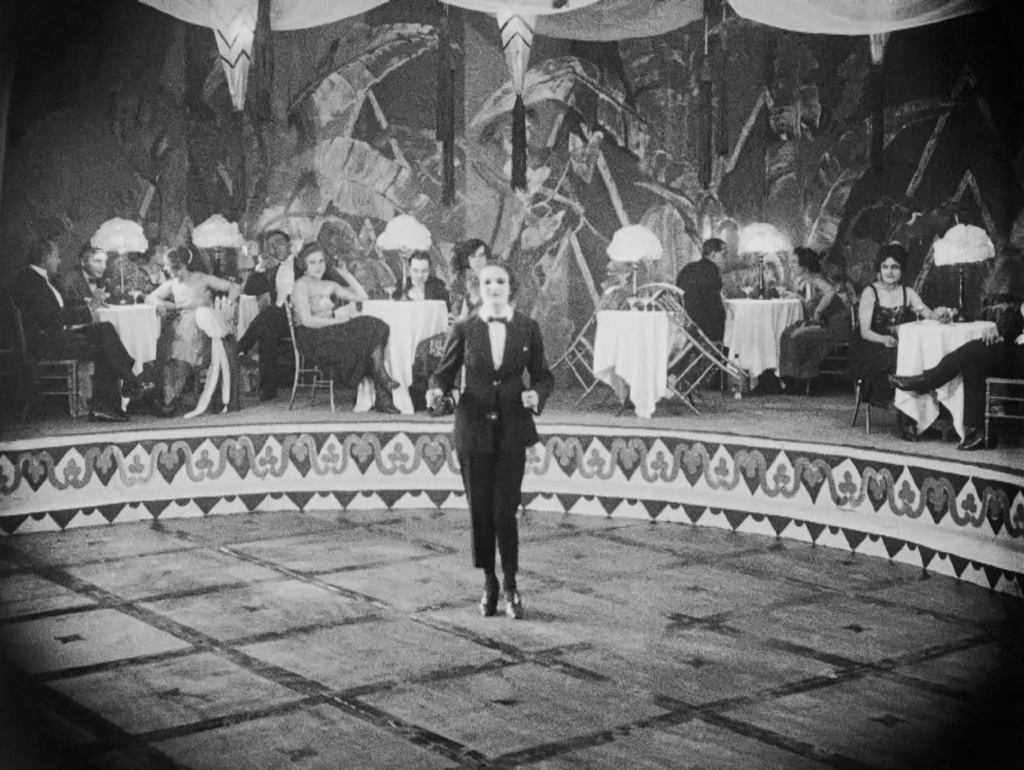 The infamous Anita Berber appears as a the dancer about 57 minutes in.

The roots of film noir date back primarily to early 20th century pulp novels, borrowing the aesthetics of the European crime thriller — often serialized, sensationalized, and surreal — and the intensity of American hard-boiled crime fiction, featuring men nearly come undone by the horrors of World War I. Based on the novels of Norbert Jacques, Mabuse, a terrifying villain able to hypnotize the unaware and bring stock markets to their knees, was created to both satirize post-war Weimar culture and appeal to a large commercial audience. It was apparently that satirical content that drew Lang to the project, as Mabuse the Gambler gleefully shreds the excesses of Berlin nightlife, though without the usual sideways attacks on easily criticized members of society. If you see a fat, rich woman with a boytoy, it’s her wealth that’s being criticized and little else; if there is a gay male “bad guy” in the film, his sexuality has little to do with his ethics.

It’s one of the many modern touches that make Lang’s Mabuse films so enduring today. It doesn’t hurt that Lang, as apparently many others in 1920s Germany, sensed that the country, after its self-described humiliation via the Treaty of Versailles, was ripe for the picking for any megalomaniacal leader with a hypnotic personality, making the character of Mabuse more prophetic than he would have been in a saner world. 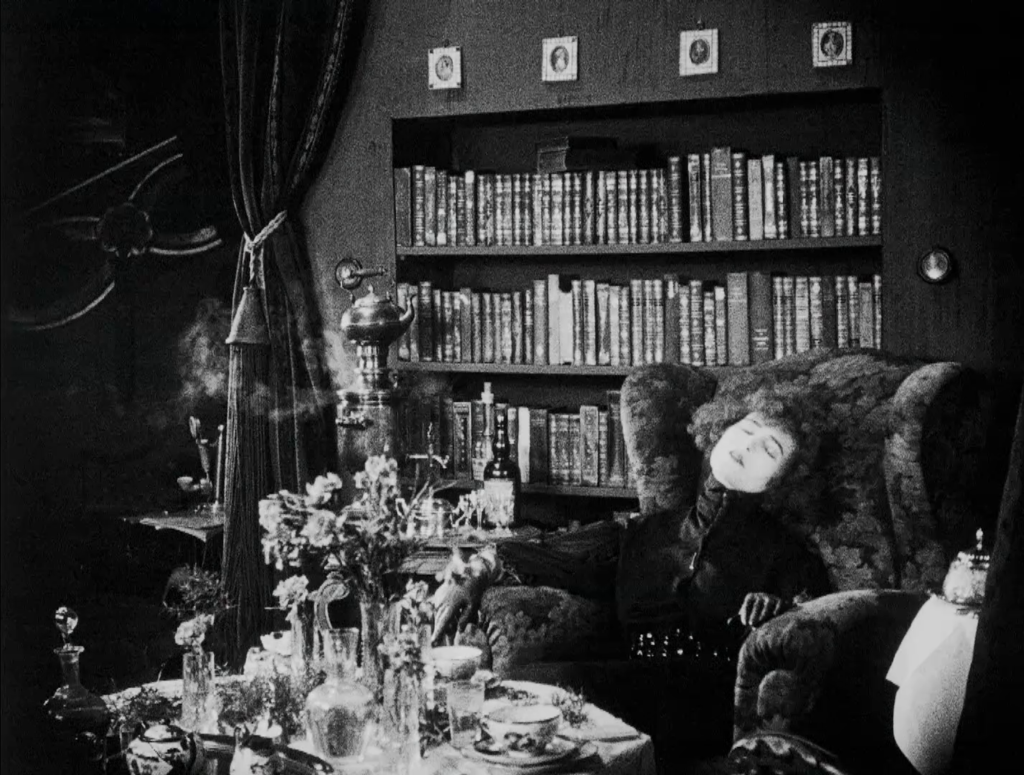 Lang’s film was similarly prophetic in its establishment of thriller and film noir tropes. You can hardly have a Hitchcock or Tournier film without the silent Langs that came before them, and even modern villains of the Bond and Tom Clancy type owe quite a bit to Mabuse (and, to an extent, Fantomas, whom Mabuse was obviously based on in part, as you can see from the poster). The world gone mad, the villain who seems almost superhuman, the duplicitous dames and sketchy sidekicks, the shadows and dark alleys and “elegant gambling hells” [1], they’re all here, exaggerated but recognizable. 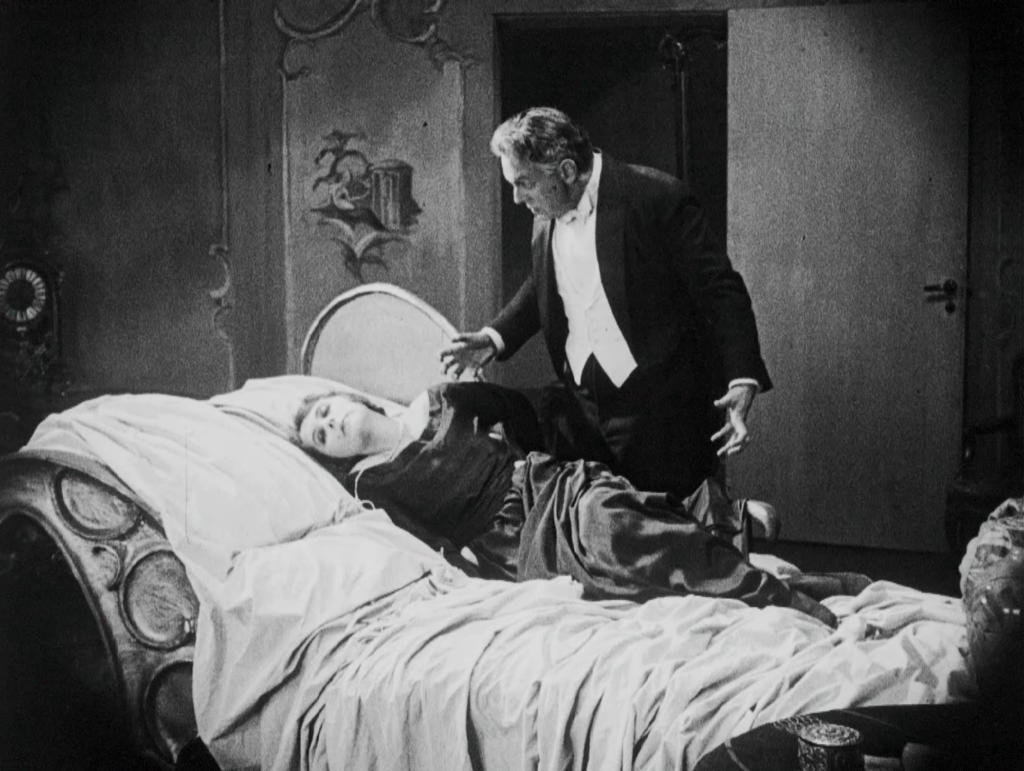 Kino Classics has released the 2000 restoration on Blu-ray in a solid two-disc set. This is the 271-minute version, not the one that runs closer to 300 minutes. It’s the same release as the DVD, complete with English subtitles for the intertitle cards, and the documentary “The Story Behind Dr. Mabuse,” featuring the music of Aljoscha Zimmermann.

—
[1] Possibly a typo, but I choose to think it’s a subtle play on words.
All screenshots are from the original DVD or Blu-ray. While they accurately represent the quality of the film, some compression of the image may have occurred when formatting these screenshots for this article.