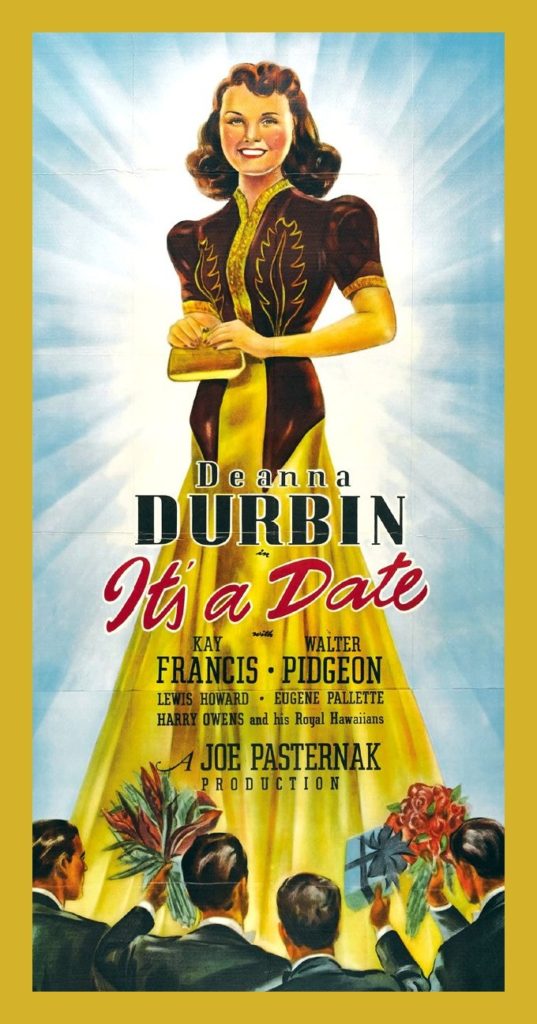 Popular stage star Georgia Drake (Kay Francis) has been offered the lead role in an exceptional new play, the kind of role that could ensure her legacy. Playwright Karl Ober (S.Z. Sakall) is not convinced that she’s right for the part, and complains to her agent Sidney Simpson (Samuel S. Hinds) that she’s too old to play a 26-year-old woman. When Ober and Simpson meet Georgia’s daughter Pamela (Deanna Durbin), and later watch her perform at an acting camp for teens, they decide to offer her the role, which she takes without realizing her own mother is already preparing for the part. After a short cruise, where she meets and falls for John Arlen (Walter Pidgeon), a condescending “pineapple king” who essentially toys with Pamela for egogiggles, she arrives at her mother’s Hawaiian getaway. There she discovers the writer and agent have deceived them both, or at least acted in an egregiously unprofessional manner, so decides to turn down the role and marry John, who hasn’t exactly proposed to her yet, but she’s certain he wants to wed. He doesn’t; he’s more attracted to Georgia than Pamela, although never seems to get around to telling either woman this, probably so he can continue to go on group dates with them both. 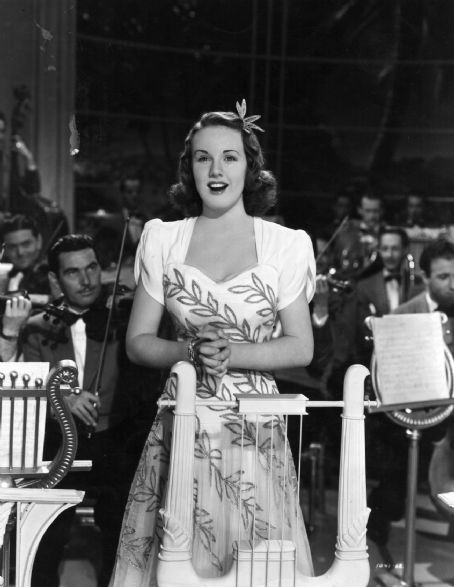 Many old Hollywood fans, especially of Kay Francis and Deanna Durbin, praise It’s a Date (1940) for its easy charm, and Time did the same on the film’s release. And for a film of its type, it is indeed charming and entertaining, but it’s also kind of creepy. The plot is essentially the light musical version of All About Eve — and if All About Eve wasn’t influenced by this film, I will eat a delicious hat. The main difference is that It’s a Date  relies on an inappropriate love triangle between an 18-year-old girl, her 38-year-old mother, and a 40-year-old man. It doesn’t help that the 38-year-old mother looks about 30, while the 40-year-old man looks about 60.

It’s a Date is impressive in that it presages the post-war bobby soxer films by a few years, as well as the Hawaiian fad, not only in locations and music, but with fashions, too; in fact, Peter Stackpole’s now-famous photo spread featuring Hawaiian and Polynesian fashions in Life Magazine didn’t go to print until after It’s a Date was released. This was clearly meant to be a trendy film, one to appeal to the younger crowd, particularly the ladies who were Durbin’s biggest fans. 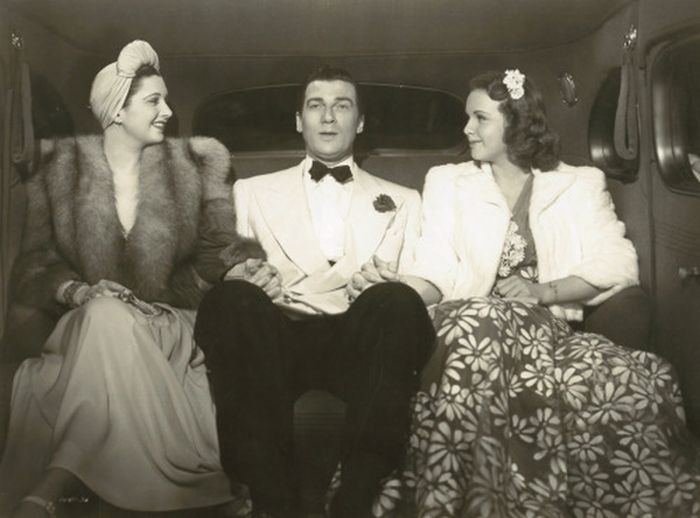 Durbin was popular was almost every demographic, of course; she single-handedly saved Universal Studios from bankruptcy. She can also be quite good in the right circumstances, and her films One Hundred Men and a Girl and That Certain Age illustrate that well.  It’s a Date doesn’t, and while it’s not entirely her fault, she doesn’t have the kind of acting chops or screen presence to save the film.

Kay Francis, however, does. She’s game for pretty much anything the movie wants to throw at her, and she approaches it with professionalism that unintentionally highlights everyone else’s weaknesses. When Eugene Pallette shows up in a role that he apparently didn’t realize he even had until the morning of the shoot, she acts as though she’s playing opposite Olivier — and Hamlet Olivier, too, not Jazz Singer Olivier. When Walter Pidgeon noticeably stifles a yawn during a scene, she ignores it so well you almost think it didn’t happen. She’s a pro and a gem, and the best reason to watch this film. 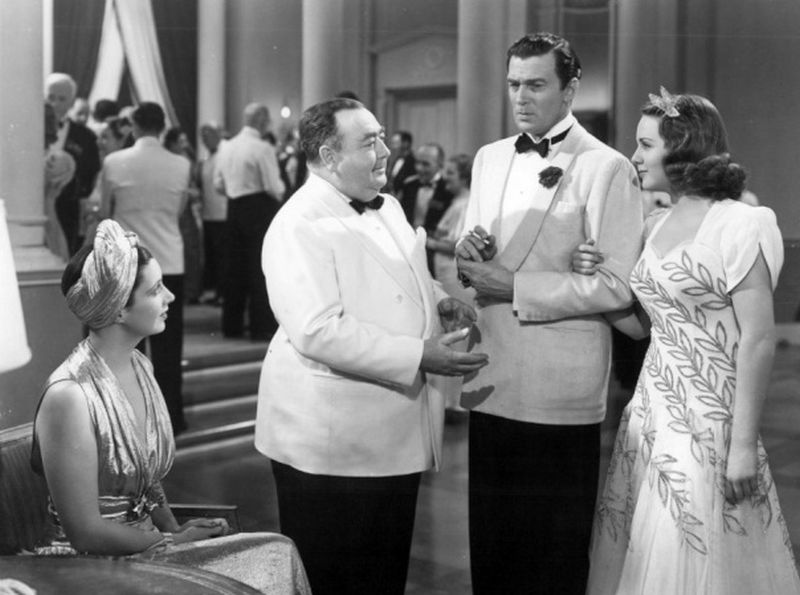 It’s a Date is technically a musical, though just as in most of Durbin’s films, every musical number grinds the film to a halt. Durbin has a fine voice, though it tends toward a high-tone air that makes her sound, rightfully or not, like someone who thinks she’s more important than she is. Her publicity echoed this, as you can see in this 1944 Life article where she’s sitting in a huge room surrounded by her fan mail. Her screen presence echoes this, too. Basically, what she said in a rare 1983 interview shows all over the screen: that she felt that she had an “acquired maturity” but resented having to hide it “under the childlike personality my films and publicity projected on me.”

For Deanna Durbin fans, even though this may be one of her lesser efforts, it’s going to be a welcome addition for their collection, as a recent box set of Durbin’s films omitted It’s a Date, likely due to rights issues. Kay Francis fans are also going to be pleased with this release, as it’s yet another tangible example of her oft-underappreciated talents. Warner Archives has recently released It’s a Date on MOD DVD. It’s a bare-bones release and the print isn’t substantially different (maybe not different at all) from the copy that airs on TCM every so often.