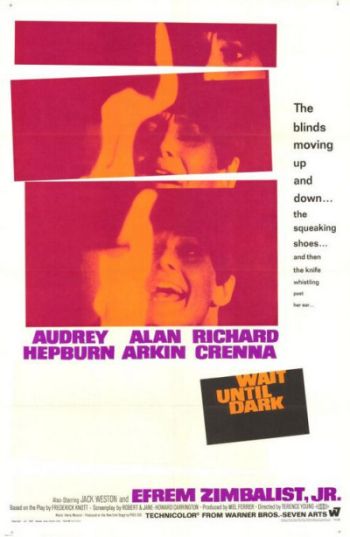 October — for me, anyway — was a big month for horror films and thrillers, and now that I have some time on my hands (as I mentioned over on technoknob, although I got the impression said post went over like the proverbial lead balloon) I can finally blog about a few films I watched.

This is a film I first saw back before there was such a thing as TCM and, knowing how much my husband loves Alan Arkin, decided to rent it so he could see it, too. Boy, had I forgotten a lot about this film! A tense, engaging thriller, it features criminals who spend their time screwing with a blind woman just because they can. It would have been easier for them to tie her up and search the apartment for the missing MacGuffin, but that’s not their style.

Hepburn plays Suzy Hendrix, a woman who has been blind for about a year after a fiery car accident. After her accident she met Sam (Ephram Zimbalist, Jr.) and married him, despite the little fact that he’s a huge raving asshole. While he shows sympathy for the girl next door who has to wear glasses, he scolds and cajoles and manipulates Suzy into being “the World’s Champion Blind Woman.” Suzy, we find, is a lot stronger on her own than Sam gives her credit for, as is the troubled girl next door.

Sam, on the other hand, is so dim as to take a doll offered to him by a hussied-up strange lady in an airport — you don’t hear the dialogue, but it might as well be “Here, naive idiot, hold this doll for me, wink wink.” The doll contains drugs, so of course Sam brings it home and immediately loses it. Harry Roat (Alan Arkin) wants those drugs back but can’t find the doll during a search of the apartment. He hatches an elaborate scheme along with recently released criminals Mike (Richard Crenna) and Carlino (Jack Weston) to pretend to be other people in an attempt to get Suzy to reveal the location of the doll. 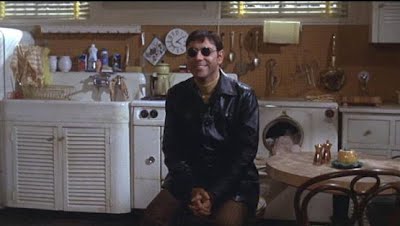 This movie is a thriller that puts you ill at ease from the very beginning and doesn’t let up, even when you think it has. Everything is just a tad off kilter and the tension is almost impossible to endure. There’s a surprise at the end that, even though I knew it was coming, literally had me screaming. Hell, I thought I was gonna have an infarction.

P.S. Alan Arkin doesn’t get enough love in the filmblogosphere. Please rectify this. 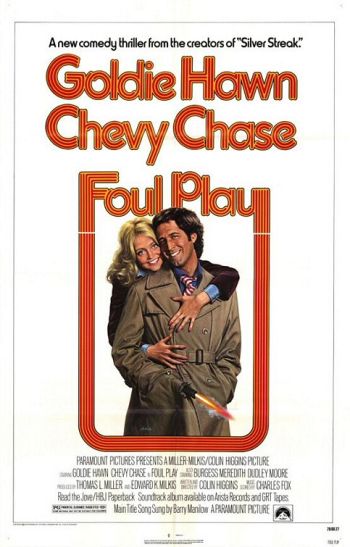 Having loved “Seems Like Old Times” for years (Charles Grodin! Chicken pepperoni!) I decided to watch “Foul Play”, the first Goldie Hawn-Chevy Chase pairing that “Seems Like Old Times” was a sort of sequel to. Man, does “Foul Play” stink. Chevy Chase can’t act worth a damn in the film. How did that happen? He is great in so many movies he did after “Foul Play” that I was positively stunned at how horrible he was in this film. He can’t read lines, he smiles constantly, and the editing is obviously covering for Chase’s difficulty reacting to the lines of others as though he was engaged in genuine conversation.

The Hitchcock homages are all so blatant that they’re no fun to watch for. There are lots of little pokes in the film to remind you this is a spoof of a classic thriller, such as the posters in the lobby below. The plot is convoluted and confused, and I feel really sorry for Marie Kenney, the script manager, who must have wanted to just pound and pound this script with a shovel.

And the movie is one of those embarrassingly outdated types where the heroes are white Americans while everyone else is considered stupid and/or freakish. The people the film makes fun of are all over the spectrum, too, from the religious to those who want to tax religions in the same way corporations are taxed, to an albino, a little person, Asians, Turks, Britons, and the obligatory dead black cop or two. 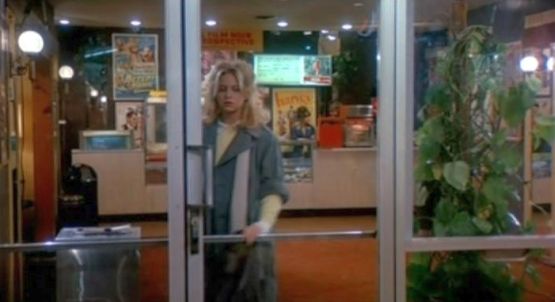 Goldie Hawn is adorable, professional, and one of the few saving graces of the film. No, wait, I’m willing to state for the record that she is the only saving grace of this film. Seriously, skip this film and watch “Seems Like Old Times” instead.