Bette Davis guest starred in three episodes of “Wagon Train,” and BBFF Ivan tipped me off to a rerun of her second appearance in “The Elizabeth McQueeny Story”. This 1959 episode featured Ward Bond in the lead as wagon master Seth Adams leading a wagon train to, er, somewhere in the west. I don’t really know. 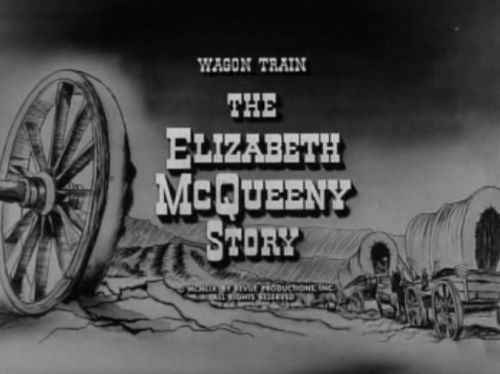 Bette looks like she’s going to laugh when she makes her appearance as the fabulous Madame Elizabeth McQueeny, matron to ten lovely girls who are going west to establish a finishing school. They come with high recommendations and are to accompany the train as it heads west. It takes a few days but Adams, being the smartest of the bunch, figures out that the Madame is actually planning on setting up a dance hall. Those aren’t students, they’re dancing goils! 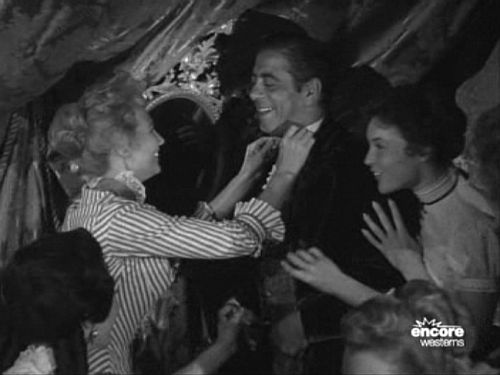 Acting, theater, and dance halls seem to be used as euphemisms for cat houses and prostitutes, but sometimes when the show says “dancer,” it really means “dancer.” Made for kind of an uneven episode, but there was some fun dialogue:

ADAMS: “You’ll be entertaining a lot of men.”

Soon after setting out, the train runs into a group of native peoples who turn over a bedraggled and soused man who claims to be one Count Roberto de Falconi, played by Robert Strauss, who is epically hot in this episode. He’s no Animal Kasava here, is what I’m sayin’. Bette looks pretty damn great herself, although I notice the weird lipstick thing is going on in one scene again. I think she must have worn lipstick outside the lip line in earlier days and it just didn’t translate well when she got older. Or maybe it naturally smeared outside the lip line after being worn. 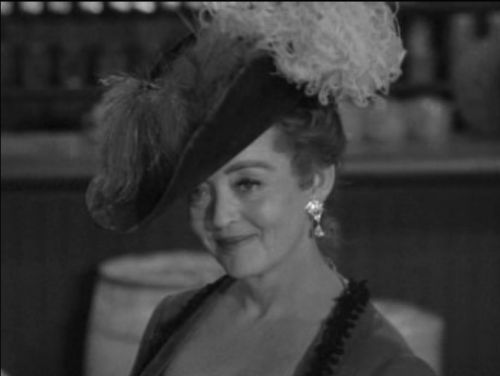 Adams wants to kick de Falconi out, but Elizabeth takes a shine to him and takes him on as her wagon driver. Things get out of hand quickly when some of the dancing girls start hitting on the men in the wagon train, and the wives demand Elizabeth and her girls be kicked out. Meanwhile, the Count is obviously no Count — they repeat the joke that he’s a “no account” several times, just enough to be irritating — and is instead a man just looking to find a way to make serious bank. Dancing girl Roxanne falls in love with the young son of one of the angry wagon train women and they “accidentally” sleep together (you know how it is). Just as it looks like they would find true love in spite of adversity, they’re struck with spotted fever. Elizabeth and the girls take care of the sick while the Count tries to run off with her cash, but he is found, also ill from the fever. Elizabeth chooses to believe the Count never tried to steal her money. Meanwhile, Roxanne dies from the fever, which is her due. Harlot! Hussy!

A brief voice over from Adams says that the women weren’t kicked off the train after nursing the sick back to health, but they weren’t treated well, merely tolerated. Elizabeth and the girls are transferred to another train going their way, so the night before they part, they perform for the wagon train a grateful can-can. A can-can of appreciative thanks, if you will.

Bette, bless her heart, cannot dance. I noticed this in In This Our Life, but somewhere I read that she had been a dancer early on, so I thought perhaps I was being too critical of her. After seeing “Wagon Train,” I’m going back to my original opinion: Bette Davis cannot dance. And by the look of her facial expression, she knows it. She grits her teeth into a forced smile, which causes her to look like this 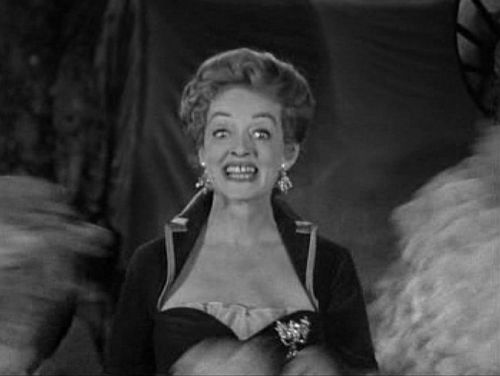 when she’s supposed to be looking jovial. You know, I tried to be mature and serious about this episode, but I absolutely lost it when I saw Bette do the awkward can-can while making the same faces she drew on Joan Crawford’s pictures. She has gorgeous legs and seems to have loosened up a bit toward the end of the dance when she bops her butt at the camera, but for the most part she is clumsy, nearly shoved out of the can-can line by the other girls, and looks pissed off. Absolute hilarity.