Last week on Raiders of Ghost City! Jeff, black-clad resident of Oro Grande and member of Regis Toomey’s gold raiders, confesses that he’s really a spy named Jim, and Captain Steve “Bland” Clark’s brother. Meanwhile, the real but secret leaders of the gold theft ring, the dapper Alex and Trina, are speeding toward Oro Grande. They are desperate to have Jeff-Jim silenced permanently, and wouldn’t be upset if Steve also got accidentally killed in a hail of bullets, either.

Steve and detective pal Idaho Jones make it to Oro Grande just in time to find out that the raiders have Jeff-Jim holed up in a shack. Just as Jeff-Jim gets ready to spill the beans on the thieves, he’s shot! Then the raiders set the shack on fire!

As always, for those of you playing the Raiders of Ghost City home game, the serial can be found on YouTube in an iffy (but free) print here.

How do our heroes escape? Because the second the recap ends, the United States Cavalry literally comes to the rescue. 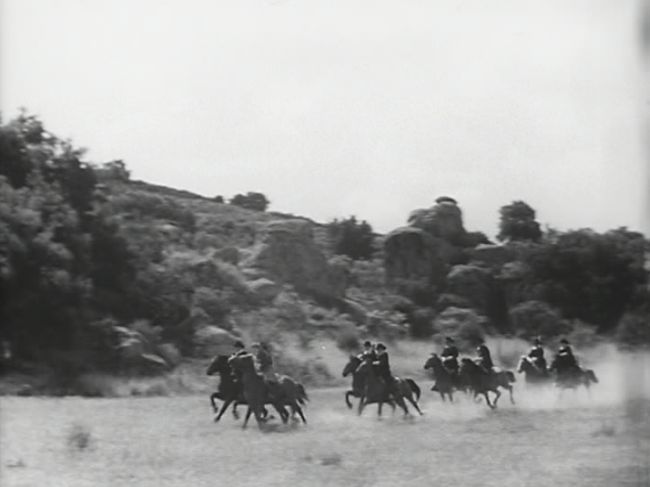 When we last saw our heroes in the burning cabin of death, Idaho and Steve were taking Jeff-Jim into what looked like the basement. This chapter, they carry him right out the front door as soon as the cavalry chases the baddies away. Lying is common with cliffhangers, but this is straight-up cheating right here.

Once outside, Cathy tends to Jeff’s newest gunshot wounds with… water. That’s it, just water. Don’t get me wrong, Raiders gets mad props for actually showing people being wounded when they’re shot, yo, but not even using a bandage on the poor guy is just weaksauce.

Just then! Alex and Trina arrive in Oro Grande! Idaho Jones, in town to find a doctor for Jeff, sees them! 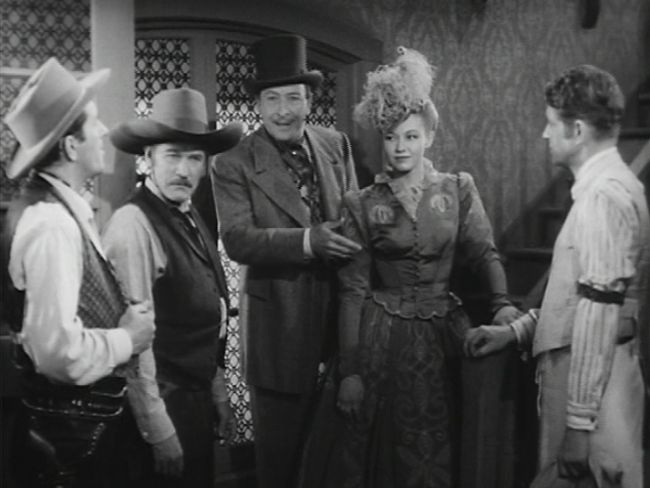 “Hello, folks! Is your current woman getting old, moving slow, or just plain out of style? Come on down to Atwill’s House O’ Honeys! We can find you the right woman in no time! Easy financing available. Conveniently located off the Beltline.”

Not only did Lionel Atwill look straight at the camera like a goddamned pro, just outside the Golden Eagle Casino, this blurry feller gallops through, blocking the action behind him, clearly late for his gig at another Western being filmed on the other end of the lot. 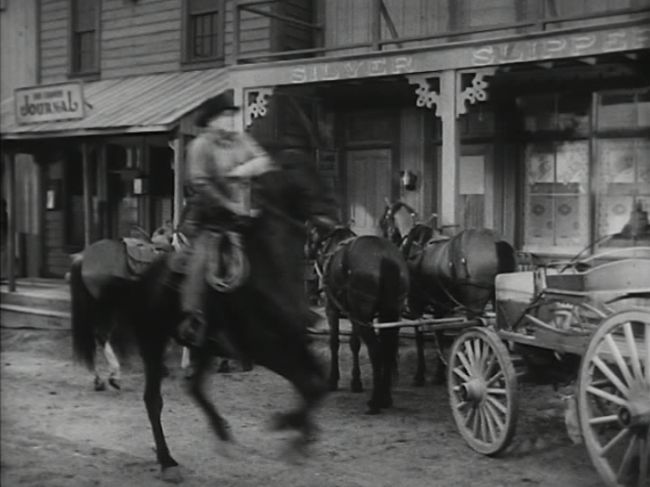 Trina is introduced as the casino’s new chanteuse, to which a room full of Tex Ma’ams hoot and holler in appreciation. Braddock, played by the legendary Western supporting actor James Ingram, doesn’t like this set-up; he and Rawhide (Edmund Cobb, who alert reader James pointed out to me in last week’s episode, so now I can recognize him!) know that Alex is really behind the gold robberies, but he doesn’t trust a new dame being brought into the plan. 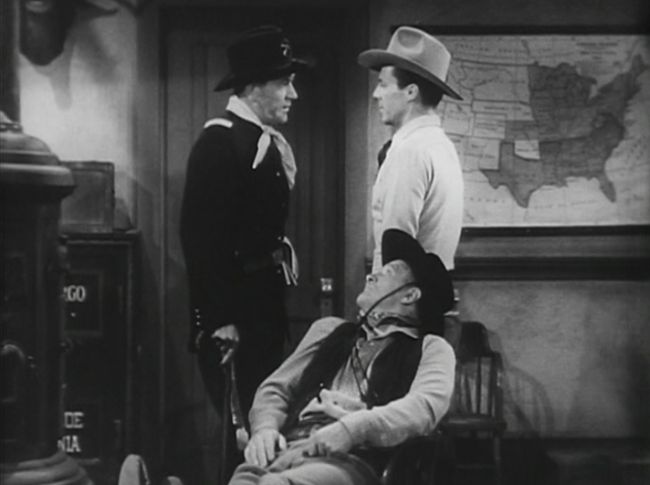 It’s a man’s life slouching around the Wells Fargo.

Braddock and Rawhide also don’t like that Captain Clay Randolph (Regis) is being used as a front to make the government suspect Confederates are behind the robberies. This is the first hint of a rift between the henchmen and Reeg. I gotta tell ya, I don’t like where this is going. 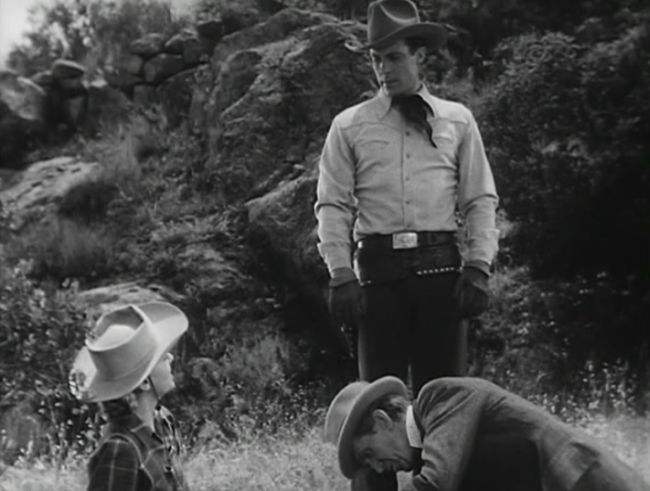 Meanwhile, out in the middle of nowhere, the doctor tends to Jeff-Jim while Capt. Bland prepares to head out. He has a cunning plan that involves the Union Army using heliograph; apparently, Steve realizes the gold thieves are intercepting telegrams, making the hero the smartest guy on the show for once. And while Steve stands there like a dink most of the time, I noticed in this episode that Dennis Moore has a fine, deep, exciting, and intensely manly cowboy voice, which goes a long way toward making his performance palatable. James Ingram also has a great voice, very reminiscent of Johnny Cash but a bit higher in tone.

At the Golden Eagle, we see Trina and Alex go into a super secret basement lair where a code expert is stationed. As you can see, the code expert is apparently related to Captain Steve “Straight Arms” Clark. 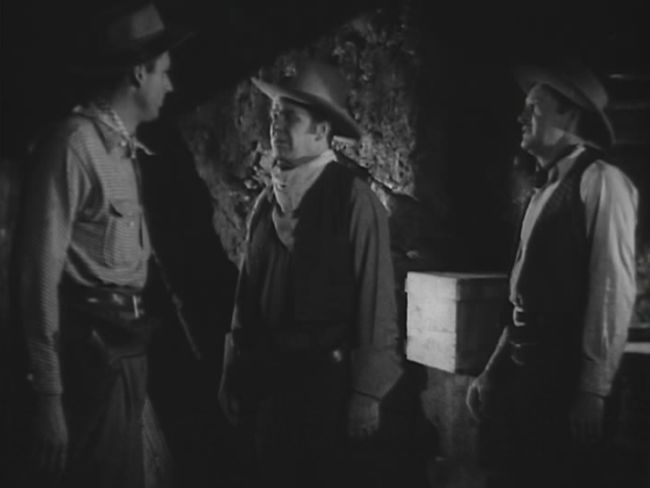 Down in the mines under Ghost City, Regis is given two lines and not seen in this episode again.

Steve gets his plan to sneak Jeff-Jim out of town and to a Sacramento hospital put in motion. First, these manly heliographers: 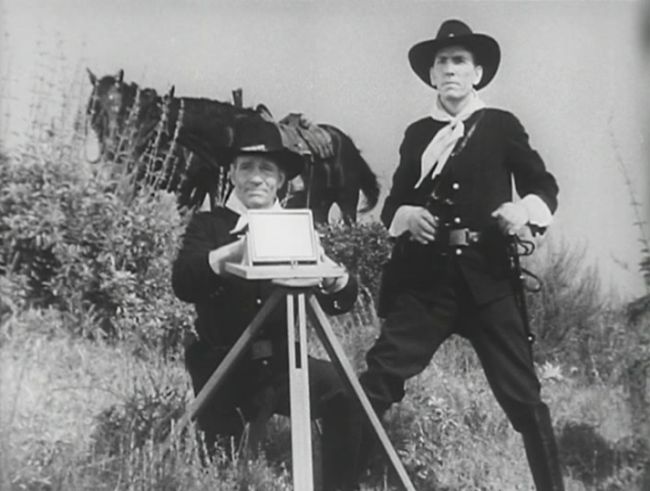 will manfully heliograph messages to the next station of Union soldiers along the way:

See the flash on the upper center of the mountains? Those signals are spelling out the message that has been helpfully transcribed for us at the bottom of the screen. Several units of soldiers are stationed carefully along the road to Sacramento to protect Jeff-Jim from the raiders; in real life, there would simply be a couple of guards to protect him, maybe, provided the Union soldiers were sufficiently afraid of the wrath of the chinbeards in D.C. to even go to that kind of trouble. But this is Universal serial life, not real life, so 8000 soldiers with mirrors are placed every 20 feet along the entire road to Sacramento. 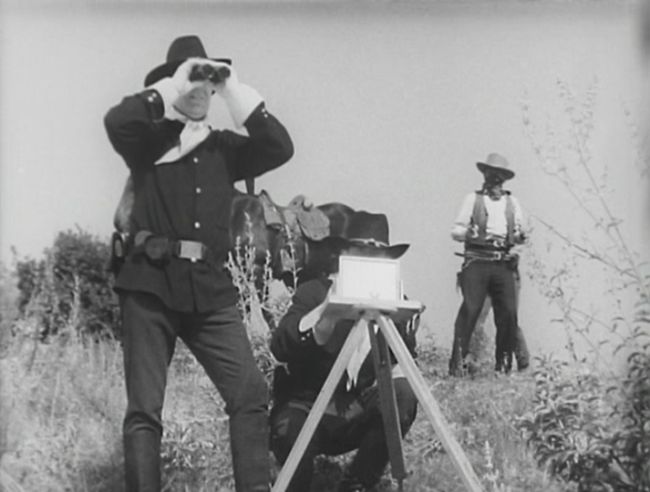 Not that it matters, because the raiders sneak up on the first heliograph station, and the code expert grabs the mirror and starts prankin’ the shit outta the rest of the Union Army, sending messages asking if their refrigerators are running, flashing “the cake is a lie,” telling them President Lincoln has just amended the Constitution to outlaw pants. Three hours later and the Union Army is still sitting there with stupid looks on their faces, wondering why the first team of heliographers hasn’t arrived at the designated meeting spot.

They finally realize: Sabotage! Meanwhile, the raiders are chasing after the stage carrying Idaho Jones and Jeff-Jim. They shoot the driver and the horses break free from the coach! Then some really poorly-edited footage from another film with a different stage and a herd of cows behind it is inserted into the film! 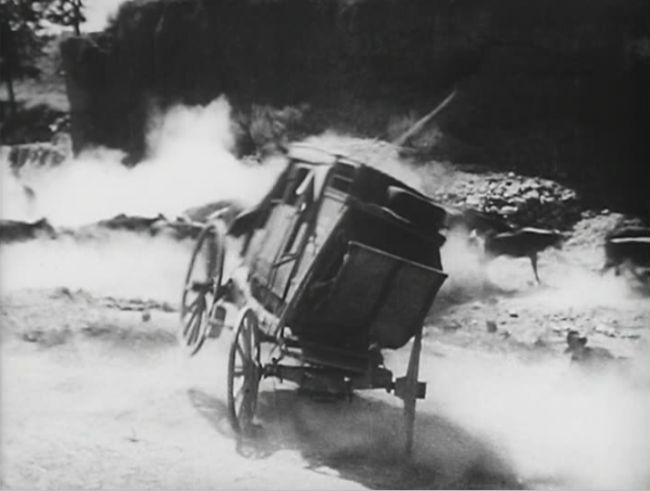 The stage, which has a visible rope on the top which I’m sure had no bearing on anything at all, falls over while nowhere near a cliff. 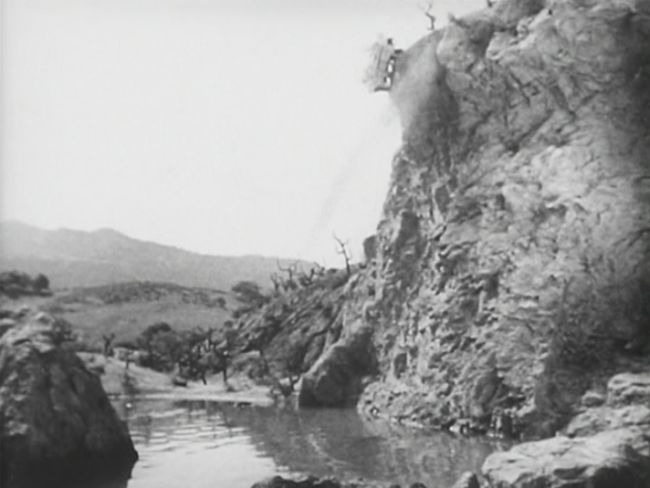 But it falls off a cliff anyway.

How will Idaho and Jeff-Jim escape? Did the Union send its most stupid soldiers to California to get them out of the way of the real war? And will the main characters in this serial actually get some decent screen time next week? 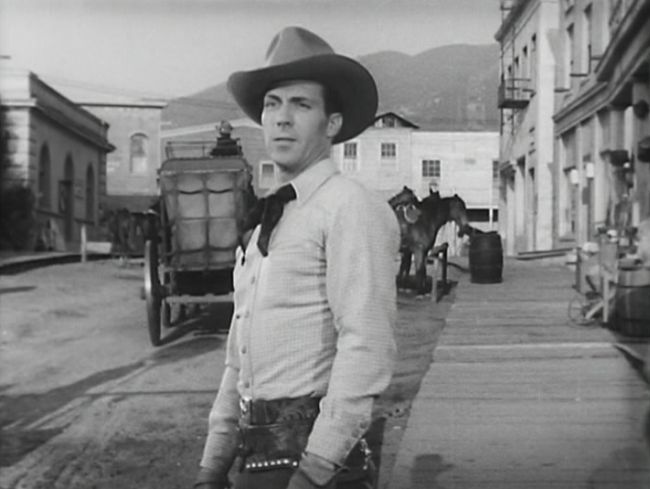 “So you’re telling me that there’s no lupin shop in Oro Grande?”

Tune in next time to find out the answers to some of these questions, maybe!