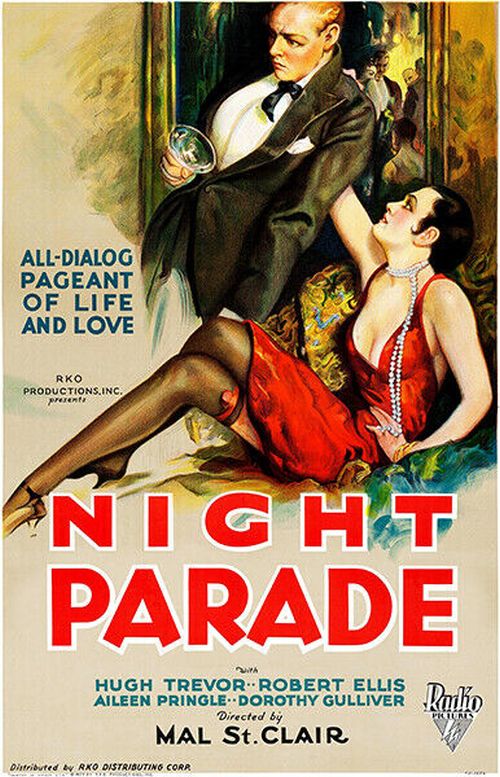 Apparently, back in December of 2009, I was completely high. I watched Night Parade (1929) on TCM and blogged about it without once realizing that my best sarcastic boyfriend Oscar Levant was in the film. Again, I must assume I was high for days on end to not realize that. The worst part is that I distinctly remember seeing the pianist in a scene with Ann Pennington and thinking, “Hey, wouldn’t that be neat if it was Oscar Levant?”

Yeah. And I think it would be fun to run a newspaper. Sheesh.

The scene from Night Parade in question:

Ann Pennington is the sexy little number dancing her skirt off to the tune… also composed by Oscar. To assuage my embarrassment, I did find a very old photo of Oscar online that shows him somewhere near the year this film was made: 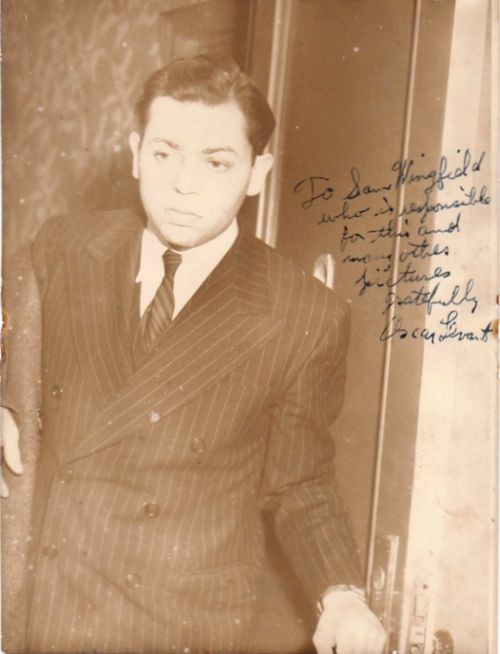 Oscar Levant babies! He looks 12! I never would have believed he was ever this young.

Oh and also? The bartender in Night Parade was Heinie Conklin, star of many Mack Sennett comedies. 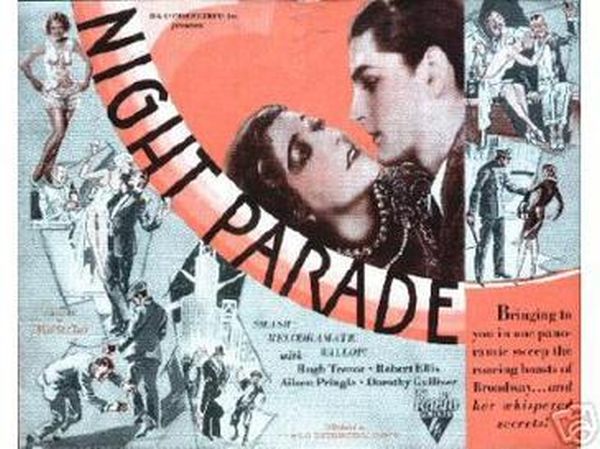 I had no photos of Heinie Conklin in Night Parade, but if you put your eyeballs right up next to the screen, you can see a caricature of him in the upper right corner of this lobby card.

Also also, I deleted my copy of the movie months ago. Drugs! Drugs are the only explanation I have for these unforgivable oversights. I don’t remember taking drugs, but I must have. (Editor’s Note: After a decade of requesting Night Parade from TCM, they finally showed it in December of 2021, but my cable provider done me wrong and I wasn’t able to watch it. The word “disappointed” doesn’t quite cover it.)

Ann Pennington was easily the best human part of this dud of a film — the best part being the absolutely amazing balls-to-the-wall art deco set design — and her hiked-over-the-hips ostrich feather skirt was stunning. Here is Ann in a costume very similar to what she wore in Night Parade, if not the same costume, courtesy of Rantings of a Modern Day Glamour Girl: 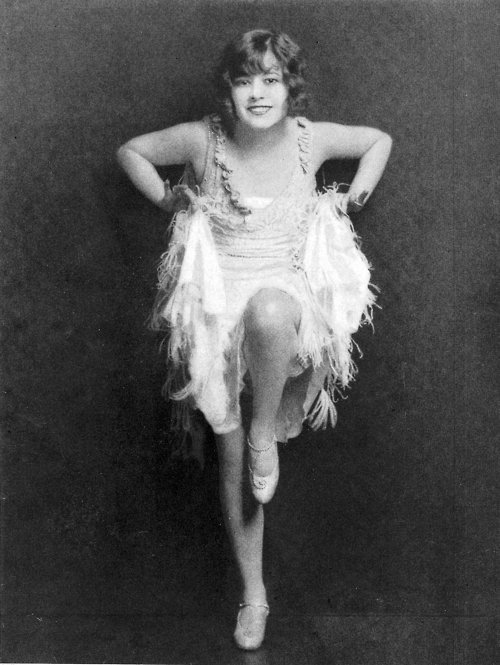 Ann was the subject of another idiotic post of mine in March of last year when I wondered aloud why she was dancing with Krazy Kat in a series of magazine photos. The answer: It was Felix the Cat, not Krazy Kat, and Allure had the answer all along. 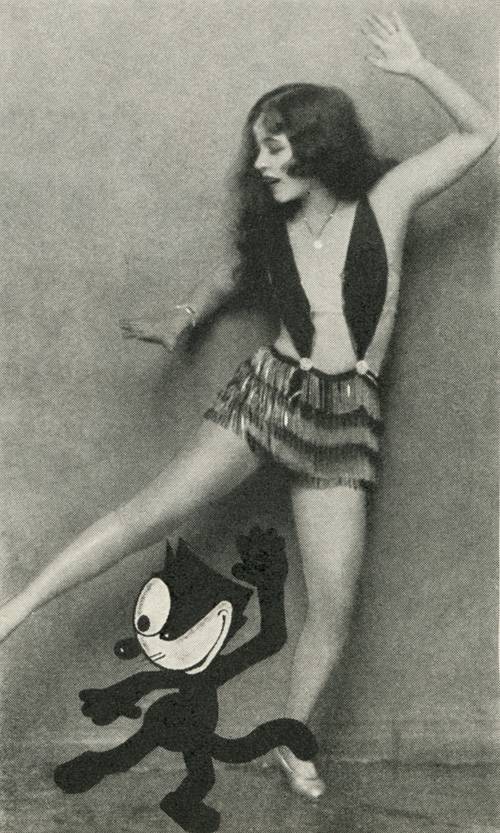 More of Ann with Felix. This and all of the photos from the movie magazine article can be found at Allure and Pulp Factor. Here is the actual article as it appeared in the January 1927 Photoplay: 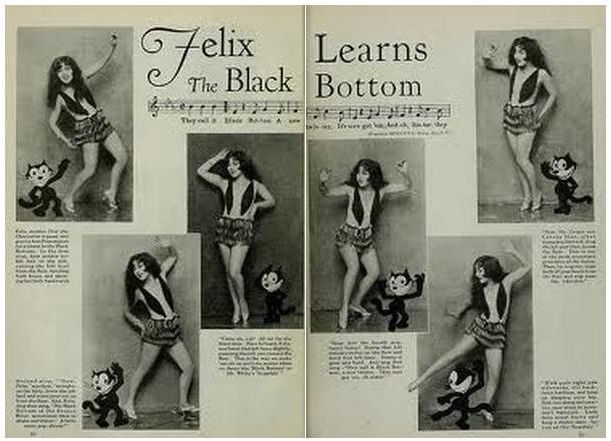 It’s a bad scan but the only one I could find online. I own three whole vintage magazines and this unfortunately is not one of them.

More Ann Pennington, from the Broadway play “The New Yorkers” in 1931: 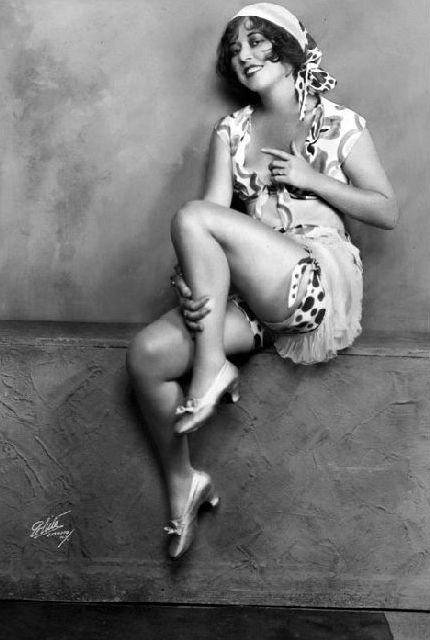 Ann was known for her version of The Black Bottom dance, and while I could not find a video of a performance of that, I did find a few videos of her performing the similar “Snake Hips,” first from the 1929 film Happy Days:

This one is a lot of fun: A color home movie video of her performance of a 1920s dance called “Snake Hips” at the 1939 World’s Fair, from my good pal Jeff of the sadly defunct Vitaphone Varieties. Includes bonus (probably fake) Keystone Kops:

Jeff has looped in a version of “Snake Hips” onto this silent footage of Ann, and while it isn’t precisely synched, you can still see the exact point when the “wiggle wiggle waggle woo” bit happened during Ann’s dance. This is just one of Jeff’s many fantastic posts on the the now-dormant Vitaphone Varieties, and even though he only has eight videos on his YouTube channel, those are eight amazing videos. Watch them all.

Can we end this post on an even higher note than vintage color footage of Ann Pennington? I submit that we can! Have a little Ziegfeld-era cheesecake: 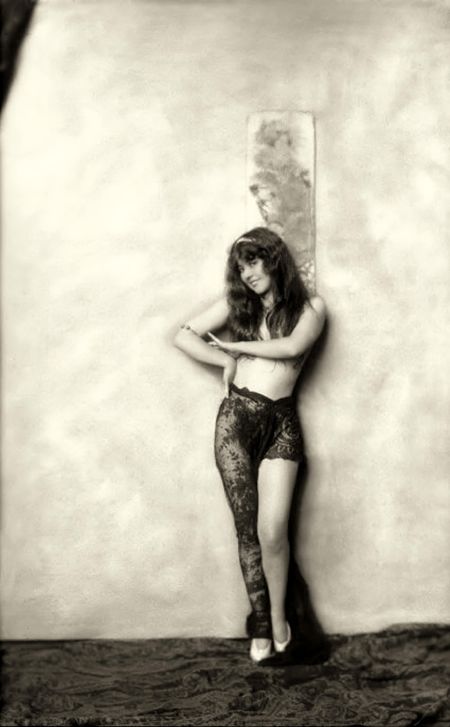 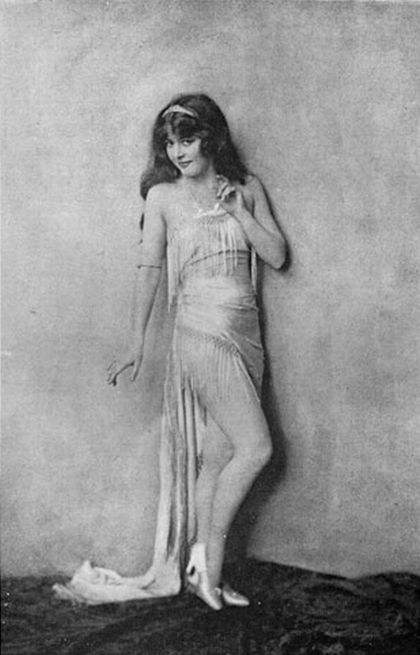 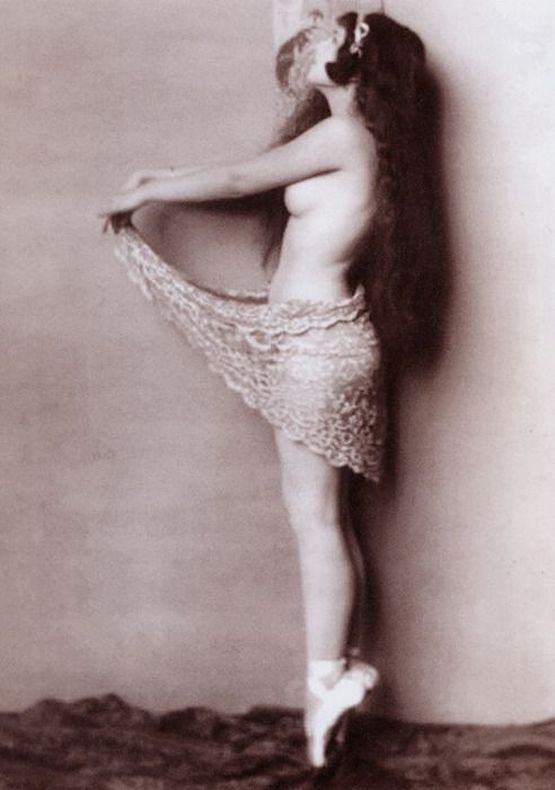 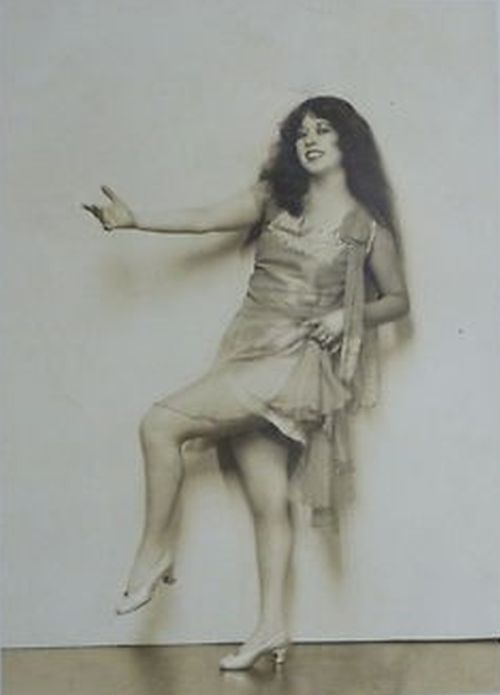 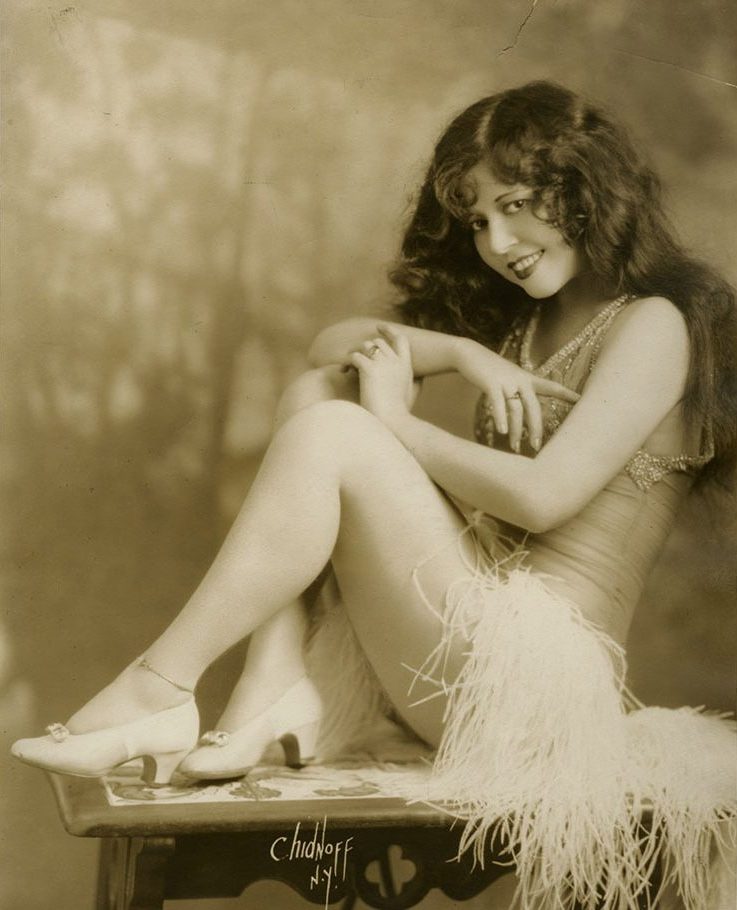 If you think those are revealing, check out the Alfred Cheney Johnston portrait at Allure. Hot!

And now, some bonus off-topic yet sexy Carole Lombard in a revealing fashion number that looks like a combination of the Erte designs I posted in the Night Parade (1929) entry. 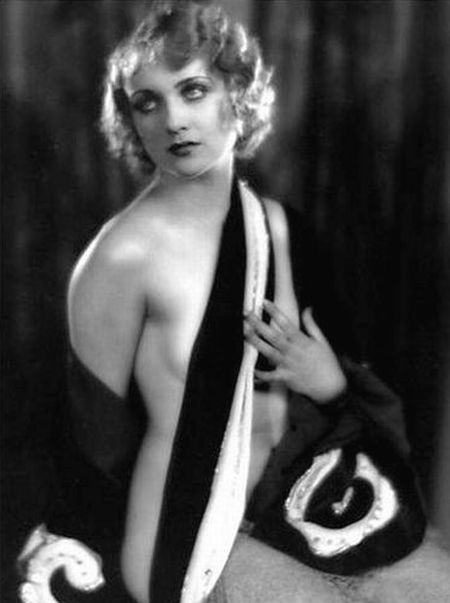 Thanks to Vince at Carole & Co. who identified this photo last year as being by photographer W.E. Thomas!

There you have it: The only post in the whole wide world that has managed to tie in Ann Pennington, Oscar Levant, and Carole Lombard into a semi-cohesive narrative with a bonus Heinie Conklin mention. I win everything. You can shut the internet down now.